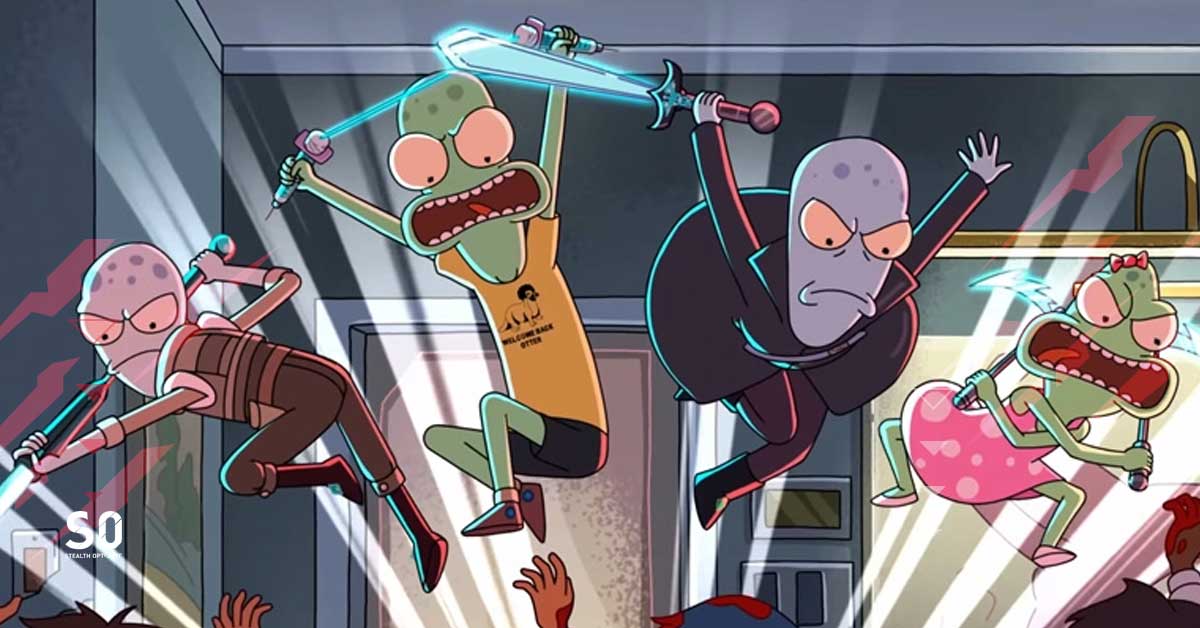 It was inevitable that fans would compare Solar Opposites to Rick and Morty. Not only is Hulu’s comedy created by some of the same people, but it even looks like Rick and Morty. You know it, we know it, and co-creator Mike McMahan knows it too.

“I think the artistic style, what you’re seeing on screen, does look like Rick and Morty,” McMahan told Slash Film. “To me it looks like Justin Roiland’s art, and Rick and Morty looks like his art, and so do his games… You can’t ignore the gravitational pull of something as awesome as Rick and Morty.”

Thanks to a surprise season 1 cameo, Solar Opposites is even connected to Rick and Morty in a roundabout way too. But that doesn’t mean all these connections are necessarily welcome. 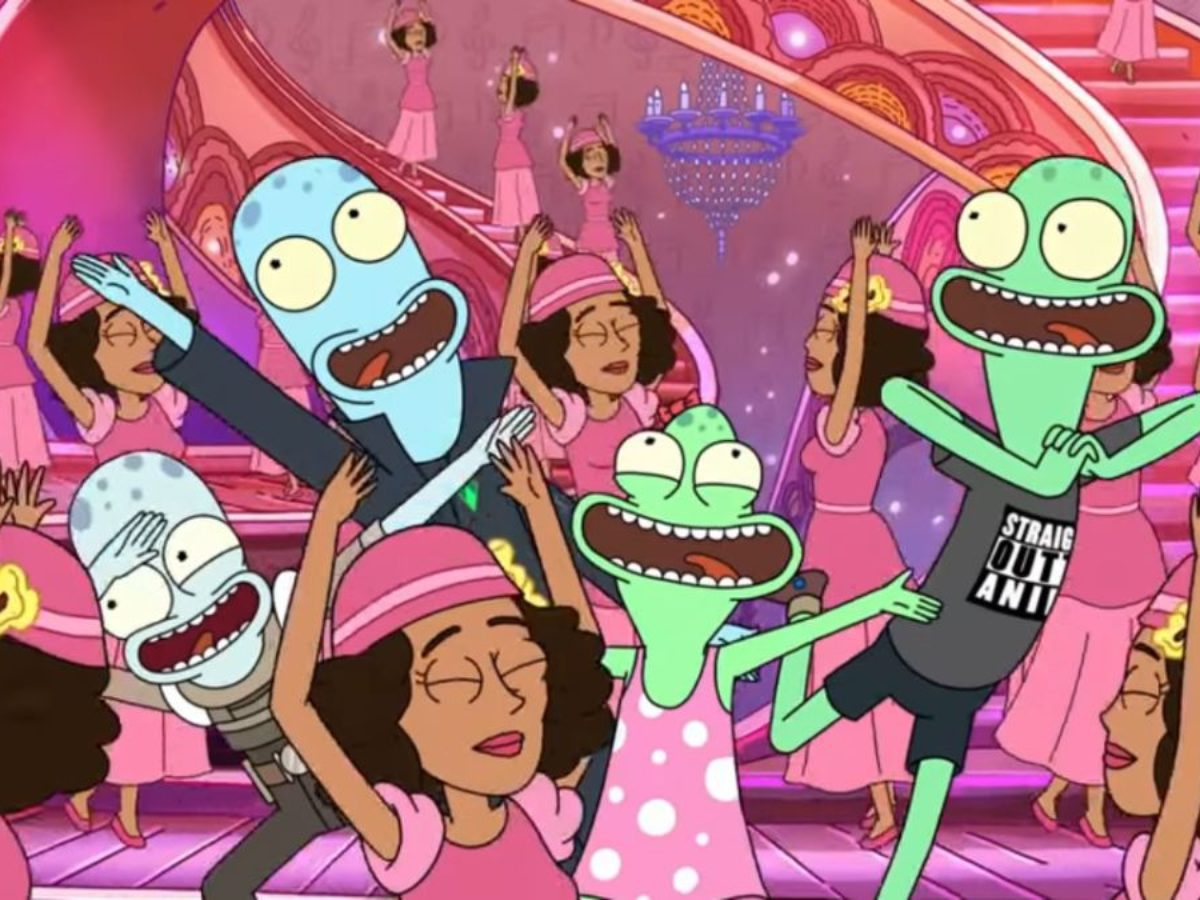 In a recent review, Inverse described season one of Solar Opposites as a “rejected Interdimensional Cable joke”, comparing the show to a bizarre fictional network from Rick and Morty. Whether you agree with that or not (we don’t), Solar Opposites has definitely broken free of Rick and Morty’s “gravitational pull” with its second season, standing on its own two freaky alien feet.

Everything that worked in season one is intensified here for the better, as if Korvo shot a “bigger and better” sci-fi ray at the whole show this time round. The jokes hit harder, the storylines are more self-referential than ever before, and most importantly of all, season two consolidates its identity as something very different and separate from Rick and Morty.

While Justin Roiland’s other show follows the Smith family on wild adventures throughout the multiverse, Solar Opposites plays around with sci-fi tropes within a classic, homebound sitcom setting.

ogether, Korvo, Terry, Jesse and Yumyulack are much like any other family, except they occasionally try and kill each other. Oh, and there’s also The Pupa, a ticking time-bomb who will one day wipe out humanity and terraform the planet to match their homeworld.

But you don’t need to know any of this going in thanks to a handy intro that spells all this out. And you don’t even need to have watched the first season to enjoy these new episodes, but missing out on that initial run would be a mistake. Not only is it far better than that aforementioned review gave it credit for, but you also need to watch season one if you have any hope of making sense out of The Wall storyline threaded throughout.

What started out as a hilarious bit where Yumyulack imprisoned miniaturised humans soon became an integral and much lauded part of the show. As the first episodes progressed, we learned that an entire society has been created within the terrarium. While the aliens get up to their wacky hijinks outside, the people trapped within faced constant danger with a po-faced seriousness that’s just as funny. 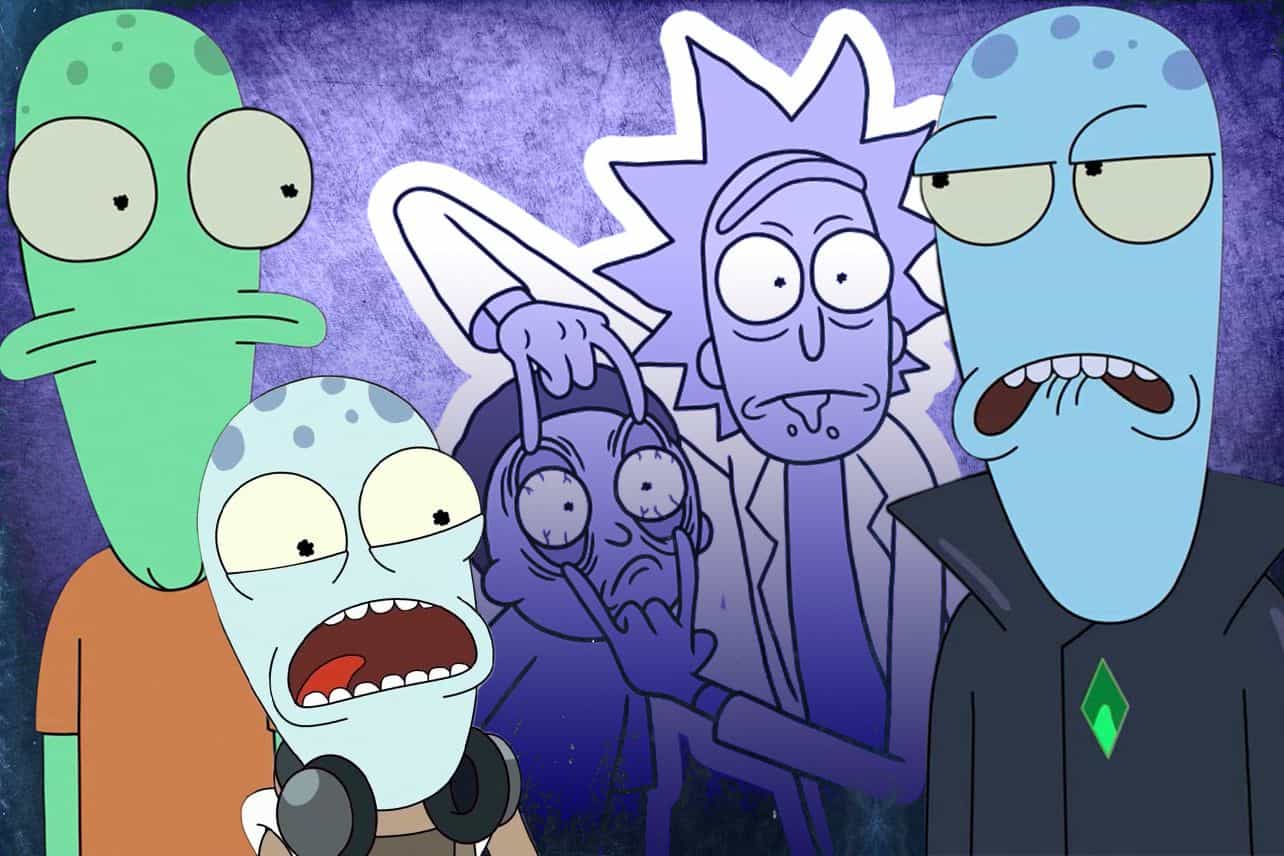 This season, the pace of The Wall storyline has changed somewhat, but even then, it remains a highlight of the show, and one standalone episode about these mini people will undoubtedly be up for Emmys next year if there’s any justice.

Parodies abound in this side-story, and that’s true of the main narrative too. Some of the sci-fi references are to be expected, but what Solar Opposites does so well is throw curveballs into the mix. Just when you think you might have it figured out, the show gives us an entire Lake House parody that will change the way you look at this classic Keanu Reeves movie.

More traditional sitcom arcs are also flipped on their head this season, including an “inspirational” sports narrative and a summer camp story that evolves into something breathtakingly monstrous and complex. That’s not to say Solar Opposites itself becomes overly complicated in season two, the aliens are just as silly as you remember, but crucially, the show is more fun than ever.

Having said that though, longtime fans might notice a subtle shift in the family’s demeanour. Back in season one, our loveable aliens made some terrible mistakes, but they were mostly born of confusion and a lack of awareness. This time around though, the aliens actively insult and bully people at various points in some impressively creative and painfully cruel ways we can’t detail here just yet.

In that sense, the second season of Solar Opposites is more like Rick and Morty. That show’s nihilistic outlook has long been spearheaded by Rick in ways that often verge on unlikeable. And that same accusation can now be levelled at Terry and Korvo too. Some of the things they and their “children” do are incredibly mean-spirited, especially towards the end, and that might ruin or enhance the humour depending on what mood you’re in.

But ultimately, Solar Opposites is very much its own beast, much like that unfortunate pig creature the aliens tie up in their basement.

As Mike McMahan mentioned in that earlier interview, “there’s no Rick on our show”. And there doesn’t need to be one either, because Solar Opposites has a “gravitational pull” of its own, one that could even eclipse Justin Roiland’s biggest show eventually if season two is anything to go by.