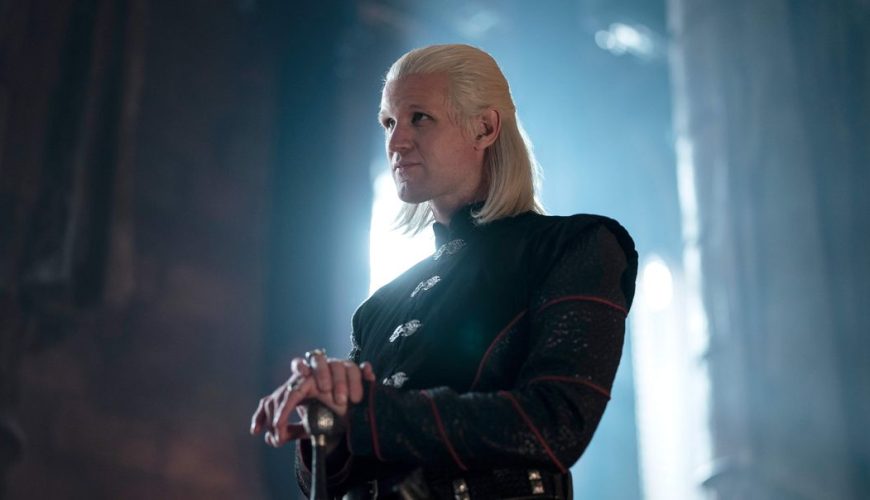 Doctor Who icon Matt Smith opens up about why he felt more pressure playing the Eleventh Doctor than being in House of the Dragon.

Smith took over the beloved David Tennant in 2010, playing the role with charming charisma for three years and becoming a fan favourite.

His latest show, the incredibly popular HBO hit House of the Dragon, sees Smith taking on the completely different role of the brutal Prince Daemon Targaryen, who has left an impression on many fans.

In a recent interview with the Los Angeles Times, Smith talked about how he felt being the 11th reincarnation of the Time Lord.

“The pressure that came with Doctor Who is extraordinary,” he said. “On this, you’re sharing it with like ten other actors. Doctor Who is Doctor Who, Hamlet is Hamlet, you know?

“I was 26 [when I was cast], and I don’t know if I’ll ever feel pressure like that again. In Britain, anyway, the focus on that job is enormous.

“[House of the Dragon] is a huge global franchise, or so they tell me, but I just go to work in a studio in Watford and try to get the lines in the right order. I think that everyone who leaves Doctor Who will forever miss Doctor Who because it doesn’t get any better. He is the most glorious character.

“To live with the idea of being able to time travel is f**king amazing. It’s limitless. It’s a tough part to leave.”

Fans were greeted with an exciting surprise and a familiar face as Whittaker’s regeneration introduced Tennant back into the show as the Fourteenth Doctor.

Before Ncuti Gatwa’s eventual takeover as the new Doctor at the end of 2023, Tennant will appear in three special episodes alongside former companion Catherine Tate as Donna Noble.