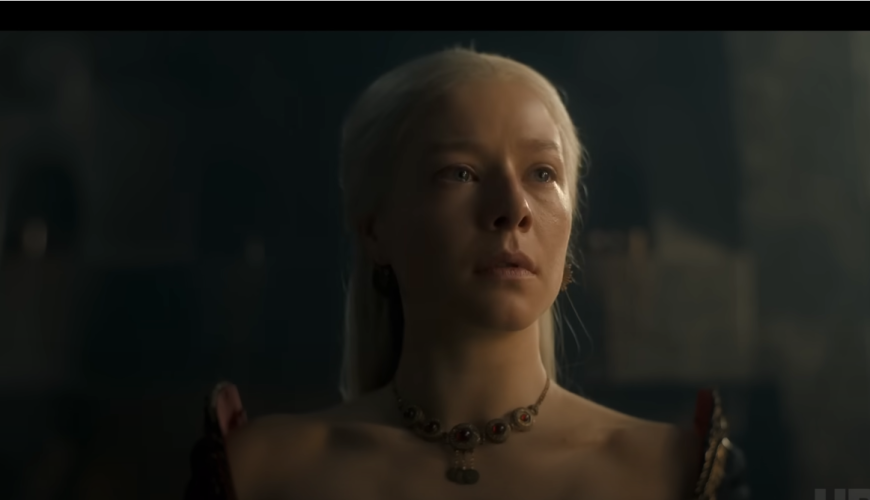 The trailer for the season finale of House of the Dragon has dropped, hinting at a major development for Matt Smith’s Prince Daemon.

The final episode of the Game of Thrones spinoff’s first season airs next week, with HBO releasing a minute-long teaser to give a glimpse of proceedings.

There, we can see Daemon singing in High Valyrian in an attempt to tame Vermithor, the bronze dragon.

The Bronze Fury has laid dormant for a number of years, residing in his Dragonstone lair since the death of King Jaehaerys, the predecessor to King Viserys.

Throughout the early parts of the season, the Daemon was riding Carexes, but the prince needs all the dragon power he can get ahead of the upcoming battle.

The rest of the teaser devotes much time to the war of succession, which took a new twist in last week’s episode after Rhaenys emerged from the Dragon Pit atop Meleys, ruining Aegon’s coronation in the process.

At the beginning of the teaser, she warns Rhaenyra that the “Greens are coming” for her and her children, with Daemon saying their birthright has been stolen and that they cannot “bend the knee” to the Hightowers.

The Blacks then plan their attack, laying siege to the Red Keep on both the ground and in the sky.

Ahead of the first season’s conclusion, showrunner Ryan Condal rubbished notions of a rivalry with Prime Video’s The Rings of Power, saying both shows “feed each other”.

“I read Lord of the Rings and The Silmarillion and The Hobbit multiple times growing up, I saw the Peter Jackson movies multiple times in the theatres,” he said. “I love all that stuff, I love high fantasy, and frankly I want to live in a world where there’s room for all of these things to exist if they’re good.”