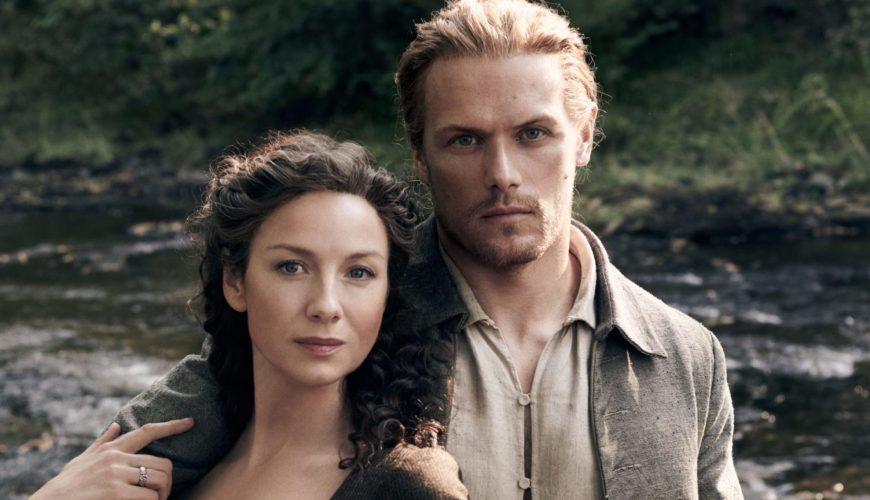 Are you ready for a cliffhanger? Because with only two episodes left in Outlander Season 6, it doesn’t look like Claire and Jamie are going to have an easy ending to this chapter of their story. And I’ve already got some guesses on how Outlander Season 7 will begin even without knowing how Season 6 will end, thanks to the books and the most recent filming updates.

With only eight episodes in Season 6, the Starz series wasn’t going to be able to finish all of the storylines presented in the sixth book by Diana Gabaldon, A Breath of Snow and Ashes. But it seems like there’s going to be more loose ends to tie up than book fans had expected with showrunner Matthew B. Roberts confirming to SYFY WIRE that Season 7 will have to pick up where Season 6 ended and executive producer Maril Davis teasing a big cliffhanger to EW.

With the pacing of the season so far and the clips in the opening credits, what seems likely to happen in the Season 6 finale is that Claire will get arrested by Richard Brown for the murder of Malva. That leaves a lot of Book 6 story to be told in Season 7, so let’s get to guessing which storylines will start Outlander Season 7.

Claire Is Freed
If the Season 6 finale cliffhanger is Claire being imprisoned and separated from Jamie, then she must be freed at the start of Season 7. And it looks like rather than rotting away in prison, Claire will end up on a ship with Governor Martin like she does in the book. Warning: Don’t click on the following links if you don’t want to be spoiled. Based on leaked photos, Outlander has been filming a ship with a British flag on it. Some of these unofficial photos feature some of the cast and their stand-ins and let’s just say it looks like Season 7 will start with a dramatic rescue of Claire from the Cruzier.

The Family Finds Jemmy’s Birthmark
Brianna and Roger may still be on Ridge at the start of Season 7 since the filming announcement featured Sophie Skelton and Richard Rankin in their 18th-century garb with Caitríona Balfe and Sam Heughan. While Balfe’s hair is longer — indicating a passage of time from the events of Season 6 — fans have noted that Rankin’s sporting a shorter haircut. That could be an indication that the show will do the bit with Jemmy’s lice that reveals a hereditary mole. In the book, Jemmy gets his head shaved and at the end of the chapter, an emotional Roger decides to shave his head too (“Like father, like son, I suppose”), so it seems likely that his shorter hair could be indicative of this sweet, family moment. And even if Rankin’s hair isn’t about Jemmy’s paternity, it could still be a clue if he’s sporting a more modern look in preparation for returning to his own time.

Brianna Has Mandy
In those Season 7 announcement photos shared on social media, Skelton notably doesn’t have a fake pregnancy belly. The photos could have been staged without Brianna pregnant to not give away any spoilers. But as it doesn’t seem likely that Season 6 will be able to fit in Brianna giving birth (especially if the last episode is about Claire’s capture), then Brianna will have to have Mandy in Season 7. There could also be a time jump with Mandy already born in the season premiere, thus Skelton’s non-pregnant look.

Brianna & Roger Go Back To The 20th Century
If the show follows the books, then Mandy’s birth will prompt the MacKenzies to return to their own time. Some evidence that Brianna and Roger will be at Lallybroch in the 1980s is that Midhope Castle, which is the site of the fictional Lallybroch, will be closed periodically in May and June 2022 due to filming. There’s also the fact that Skelton and Rankin accidentally leaked on the Season 6 premiere red carpet that they’ll be driving 1980s cars in Season 7.

The other reason that Outlander could be filming at Midhope Castle is because of Jamie and Claire’s An Echo in the Bone storyline where they go back to Scotland. But there’s a whole lot that needs to happen before Jamie and Claire can return to Lallybroch (if the show will even feature this plot), so viewers will probably see Brianna, Roger, Jem, and Mandy there in the 1980s first. With David Berry confirmed to be in Season 7, let’s hope Bree gets to meet her brother before traveling back!

An American Revolution Battle
As Outlander Chronicles documented, the Instagram account 1bike1world shared some video and images from the Season 7 set. With tents, wagons, and some artillery, these images could be Jamie involved in a battle in the American Revolution. The only battle in Book 6 was the Battle of Moore’s Creek Bridge, but that seems very skippable if Season 7 wanted to jump to one of the bigger battles and perhaps that would be a way to reintroduce William.

The Christies’ Confessions
Jessica Reynolds confirmed that at least one of the Christies will be in Season 7, but Alexander Vlahos’s social media has made it seem likely that the whole Christie crew will return. If Claire remains a prisoner in Season 6, then Mark Lewis Jones’s Tom will need to falsely confess to Malva’s murder in Season 7 on that boat that’s been spotted. Vlahos’s Allan will also need to confess that he’s the real murderer, to which Young Ian will have quite the response to. And maybe Reynolds could appear in flashbacks during either Tom or Allan’s confessions.

Outlander doesn’t always film in chronological order, so there’s a chance the leaks from the set aren’t giving fans the truest picture of where Season 7 will begin. And Season 6 has also set up the house fire with Wendigo Donner and the Frenchman’s gold with the Bugs, so they’ll likely be in the new season as well. But what seems guaranteed is a big Season 6 ending that’s going to leave fans as desperate as ever this next Droughtlander for Season 7.