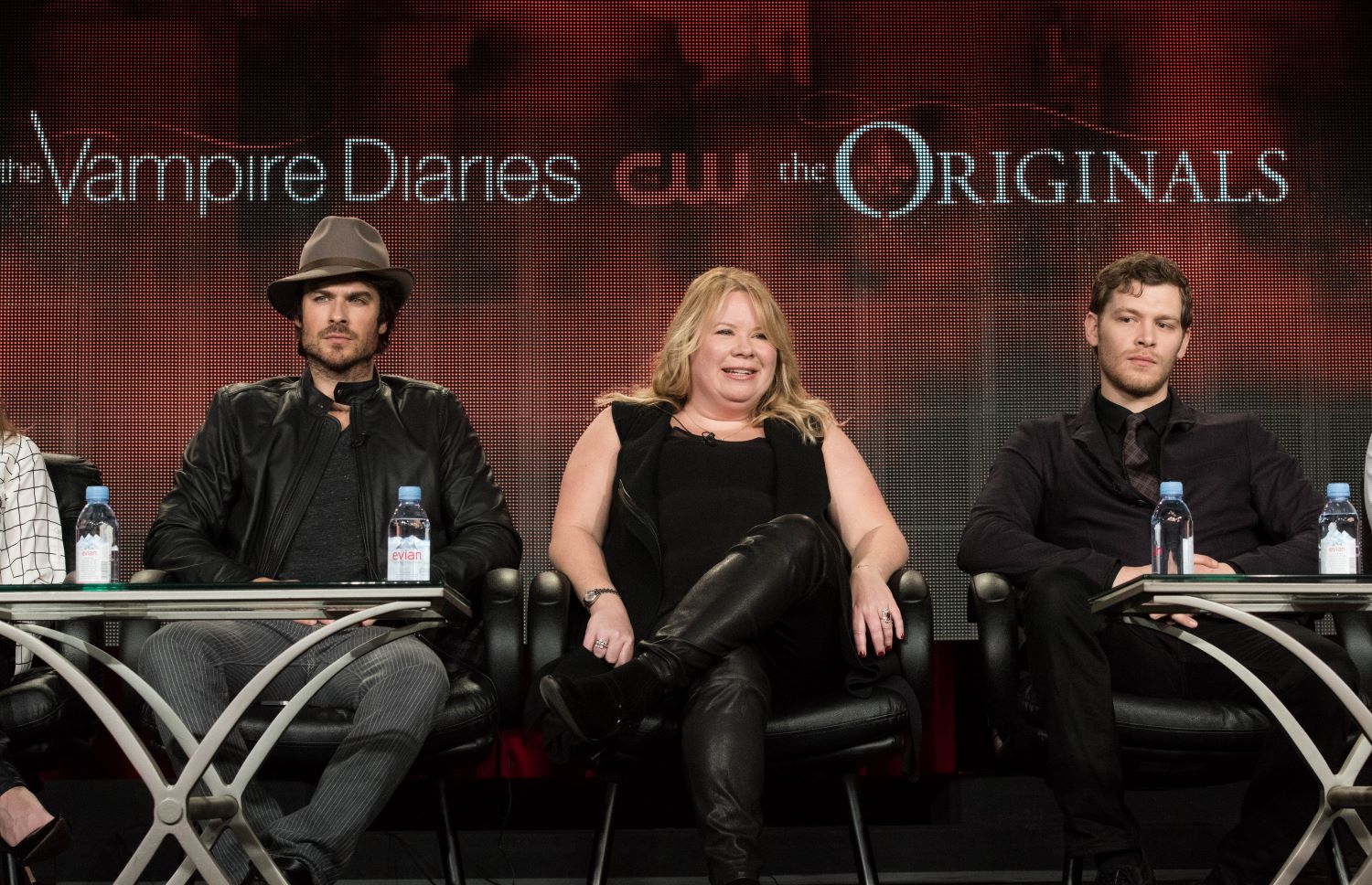 The Vampire Diaries and The Originals creator Julie Plec is helming the upcoming series, Vampire Academy. All three shows are set in a supernatural world where vampires exist. But are they related?

‘The Vampire Diaries’ creator Julie Plec is making a ‘Vampire Academy’ series for Peacock
Plec is a TV writer, producer, and director known for creating multiple series, including The Vampire Diaries and its spinoffs — The Originals and Legacies. She’s also worked on other CW series like Riverdale, Roswell, New Mexico, and The Tomorrow People.

But Plec is working with NBC’s Peacock for her next big series. As reported by Deadline, the producer will helm the first ten-episode season of Vampire Academy for the streamer.

“Julie Plec created one of the biggest fan-favorite universes with The Vampire Diaries and its spinoff series The Originals and Legacies, and we are excited to deliver this passionate audience a brand new story on Peacock,” Lisa Katz, President of Scripted Content at NBCUniversal Television and Streaming said in a statement. “Julie is known for binge-able, enthralling dramas. And we know Vampire Academy will keep Peacock viewers right on the edge of their seats.”

“From The Vampire Diaries to The Originals, Julie has mastered captivating audiences with memorable characters, compelling storylines, and delicious escapism,” Erin Underhill, President of Universal TV, added. “Vampire Academy delivers them all. We are very excited to see Julie’s ambitious and creative vision of this distinct world come to life, and can’t wait to share the series with Peacock viewers. I have no doubt fans will love what she’s cooked up.”

But Vampire Academy is an adaptation of author Richelle Mead’s six-book YA collection of the same name. Mead’s story follows the story of Rose Hathaway, a vampire-human hybrid who attends the supernatural school, St. Vladimir’s Academy.

So great hearing all the VA love after yesterday’s TV news! Be sure to follow the show’s team @julieplec, @Caryshotwife, & @VAWriters for updates. I’m thrilled that they’re longtime fans of the books, & I’m just as excited as you guys to hear more about how things are developing! pic.twitter.com/wjXawg0ohw

Her novels were also the basis for the 2014 Mark Waters film, Vampire Academy. The movie stars Zoey Deutch and Lucy Fry.

‘Vampire Academy’ is a passion project for Julie Plec
In a statement via Deadline, Plec revealed that bringing Vampire Academy to TV is something she’s wanted to do for a long time. “When I signed my new deal with Universal Television, they asked what project I had always been dying to make, and my immediate answer was Vampire Academy,” she said.

I think one day I’ll do a Flowers In the Attic mini and a Vampire Academy TV series and all will be right in the world.

Her interest in the project goes back as far as 2015 when Plec tweeted about it. “I think one day I’ll do a Flowers In The Attic mini and a Vampire Academy TV series and all will be right in the world,” she wrote.

Peacock hasn’t revealed any information about Vampire Academy, including the cast or release date. But as the series starts heading into production, more information should be available.

My name is Damyan Ivanov and i was born in 1998 in Varna, Bulgaria. Graduated high school in 2016 and since then i'm working on wordpress news websites.
The Originals, the vampire diaries, Vampire Academy