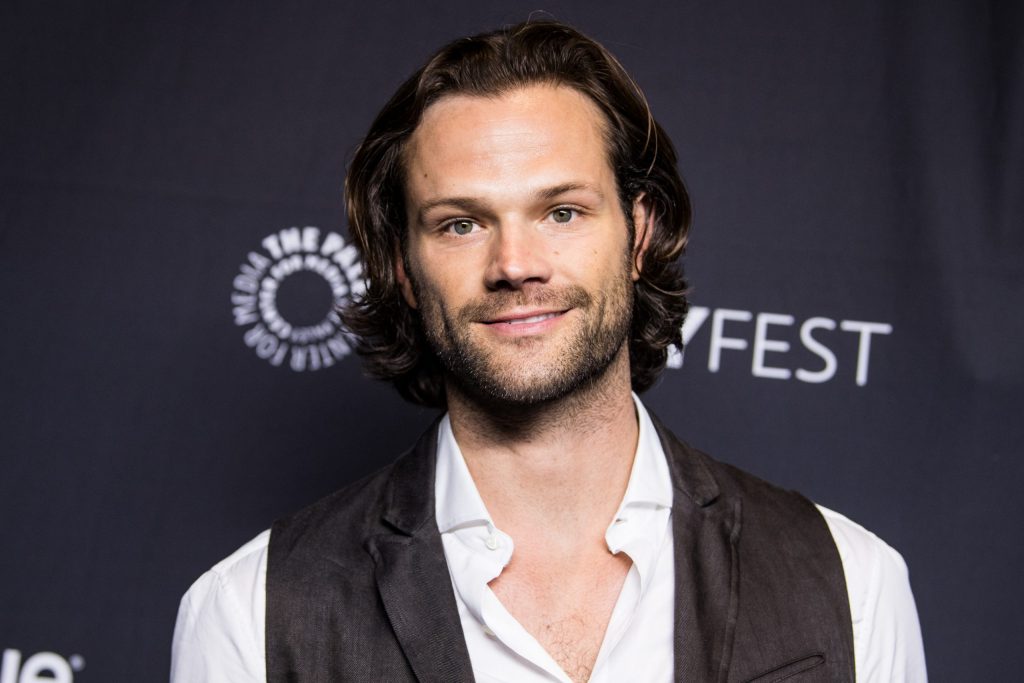 This interview contains spoilers for Thursday’s season finale of “Walker.”

More than a year after his wife’s murder at the U.S.-Mexico border, Cordell Walker (Jared Padalecki) returned to the scene of the crime with his family and the man responsible for pulling the final trigger: Stan Morrison (Jeffrey Nordling), the longtime Walker family friend, Texas Department of Public Safety chair and recently elected district attorney.

The twist was a secret that Padalecki — who serves as a star and executive producer of “Walker,” a modern-day reboot of the hit 1990s series that featured Chuck Norris as a high-kicking Texas Ranger — had been keeping since production on the show began last fall.

“The big difficulty for me was having to tell white lies to my friends and family and fellow cast and crew,” Padalecki said in a recent interview. “I didn’t feel good about it, but I’m learning to put that line between friend and fellow actor.”

Thursday’s season finale revealed the events leading up to the death of Emily Walker (played by Genevieve Padalecki, Jared’s real-life wife). Emily was dropping off water for migrants one night when, in a case of being at the wrong place at the wrong time, she heard a truck hit a pothole and found a group of people smuggling drugs across the border through a side road. While Cali (Katrina Begin) wounded Emily, it was Stan who, fearing the wrath of a powerful crime syndicate known as the Northside Nation, delivered the fatal blow. Stan and Cali paid off a dying man named Carlos Mendoza (Joe Perez), who agreed to confess to the crime only two days after the fact — only to be exonerated by Cordell’s sedulous search for the truth.

In a phone interview from his home in Austin, Tex., Jared Padalecki spoke about the pivotal confession scene in the finale, the evolution of his Cordell Walker, the impact of his 15-year run as Sam Winchester on “Supernatural,” and the brief online fallout from his reaction to that fantasy drama’s upcoming prequel. These are edited excerpts from the conversation.

What do you think motivated Cordell to force Stan to confess to his crimes in front of the entire Walker family?

Season 1 saw Cordell Walker still reeling from his wife’s murder and trying to put on a happy face and professional face, but really going through a lot of turmoil behind the scenes. I think he realized that the only way he could refrain from killing Stan outright was to get him to confess. Being an attorney and the D.P.S. chair, Stan knew all the loopholes and all the ways out. Walker had to set his eyes on a goal, so what was going through my head [as an actor] at the end of [Episode] 17 and all of 18 was that I just have to get this guy to say the truth and to agree to tell the truth in public.

I actually added that line on the day where I say, “Tell my family what happened.” Then, in that moment, it just occurred to me to say, “Tell Emily’s family.” [Nordling] did such a powerful job in that last scene of pulling the line between somebody who’s ashamed, but finally just ready to release the proverbial escape valve on all the pressure that’s been building up for him.

How does finally uncovering the truth about his wife’s death help Cordell to move forward?

He just needed to exhale, and he’s at a better place now. Now he realizes he needs to be there for his kids, for his parents, for his brother, for his work partners, and for himself. We’ll see in Season 2 that Walker has found some degree of closure.

How much influence did all of the stories of families being separated at the U.S.-Mexico border have on this series?

I was reading an op-ed from a law enforcement agent in Texas about how they were bound by duty and how they had to obey the law, but they just couldn’t bring themselves to put a 3-year-old in a cage. People talk all the time about how a coin has two sides. But in reality, a coin has three sides: there’s heads, tails, and the edge. So we wanted to find that edge, that gray area, and really lean into it about somebody who takes their job very seriously, who risked their life to make others’ lives safer, but also still has a deep moral code.

We developed the show before the pandemic and things came to a fever pitch between our communities and our law enforcement in different parts of the country. And America doesn’t really have a big appetite right now for tall, white, straight law-enforcement agents roundhouse kicking minorities in the face — and nor did we, so that lined up. [Laughs.] We’re more interested in these stories of a parent or a human being who find themselves stuck between a rock and a hard place.

How did you begin the transformation from Sam Winchester to Cordell Walker last year during the pandemic?

We had already been developing “Walker,” so I was able to spend some time leaning into who this character might be. And at the time, I think [the showrunner] Anna [Fricke] and the gang had already broken five or six stories. I used that time selfishly to really try and develop Cordell Walker even further, because I knew that getting the phone call to go back to Vancouver and finish “Supernatural” would come in a snap.

I did 327 episodes of that show, and that is basically 2,500 full days of filming and all the days in between of prepping and trying to figure out who Sam is, so it wasn’t difficult to get back to Sam. Frankly, knowing the last few episodes of “Supernatural,” I didn’t really want to live as Sam every day, because they were so sad. [Laughs.]

Do you still find yourself grieving the end of “Supernatural”? How did that show change your life?

We, the people who worked on and watched “Supernatural,” were all fortunate to have that time to prepare for a loss. And ultimately, the loss still was tragic and dramatic. But in another sense, “Supernatural” never really died. I still talk to [Jensen] Ackles, Misha [Collins], and the rest of the gang. I did “Supernatural” from age 22 to age 38, and I’ll never deny that my time and experiences on that show are certainly a part of who I am now. It’s still a part of me. I could film a scene as Sam Winchester right now because he lives in me, and I’m certain he always will.

I’m sitting in my office right now, and behind me is my last-ever tape mark. The last day of shooting when we shot on that bridge, which was the last shot of the series, we had our tape marks. My dear friend [the actor and stunt man] Jason Cecchini picked up the last tape marks — my red tape mark and Jensen’s blue tape mark. He put them on a call sheet and framed them, and as we all said our goodbyes, he handed them to us. I have so many reminders. The mother of my children is somebody I met on the show in Season 4, and now we have three kids! It sounds like a cop out, but because I thought about it so much, I can’t even begin to explain how much it changed me.

In June, you posted on Twitter that you were “gutted” to learn that your former co-star Jensen Ackles and his wife, Danneel, were working on a “Supernatural” prequel without your knowledge. What exactly happened that night?

I hadn’t heard of it, and then he and I chatted [the next morning]. He just kind of explained: “Man, it’s not picked up yet. It’s not even written yet.” He knows and I know how much “Supernatural” means to both of us, and it wasn’t a secret he was trying to keep, necessarily. It was just something that he didn’t feel really even existed yet. But he has been like: “Hey, I’ll let you know what’s going on.”

I love Jensen deeply. He’s my brother — he has been for many years, and he always will be, no matter what. He’s spent more time with me on camera than anybody probably ever will, so he knows my strengths and weaknesses more than I do, and vice versa. I respect his opinion.

It was just one of those things that because it was online, and people were assuming I was part of it, I really wanted to just say: “Hey, I’m not keeping a secret from you guys. I just don’t know about this.” And I should be old enough to know better than to put something out there and expect that people will understand. It’s hard to tweet a specific tone. If you write it online, it’s like, “Oh, he doesn’t know! They’re going to kill each other! The world is ending!” And I’m like, “No, no, no.” [Laughs.] I try to avoid social media as much as possible because of that.

My name is Damyan Ivanov and i was born in 1998 in Varna, Bulgaria. Graduated high school in 2016 and since then i'm working on wordpress news websites.
Cordell Walker, Jared Padalecki, News, Supernatural, Supernatural finale, Supernatural Prequel, The Winchesters, TV Series, Walker, Walker finale