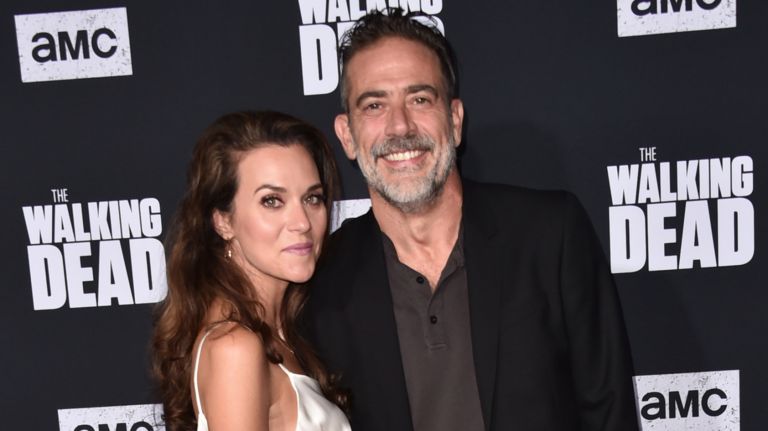 “This past weekend was the best of my entire life,” Burton wrote under a photo of the newlyweds. “There are dozens of thank yous I need to make. So bear with me over the next week as I gush over the amazing group of people who gave us this beautiful moment. But before we do any of that, Jeff and I just want to put it out there that WE GOT MARRIED! For real.”

“We’ve lived as husband and wife for a decade. We’ve built a family, and a farm and found our community,” she continued. “For years, publications have reported that we got married in 2014 or 2015 and that I’ve been married and divorced before. All untrue. But WE knew our truth. So it felt silly to try and correct anything.”

The couple married with their children, nine-year-old son Augustus and one-year-old daughter George, at their side.

“Here’s the God’s honest fact: From the moment I met @jeffreydeanmorgan, he was my husband,” Burton continued. “Rather than make vows right out of the gate, we lived them. For over ten years. The good times and the bad. Standing up there with our children at our sides — celebrating all that has been — was bliss.” In concluding her post, she wrote, “It was private and magical and everything I dreamed. So yeah. I’m Mrs. Morgan.”

When sharing a photo with his bride on Instagram Monday morning, Morgan wrote, “I’d say words… but there aren’t any. Mrs Morgan…. I love you. Thank you for making me the luckiest man in the world. Xojd.”