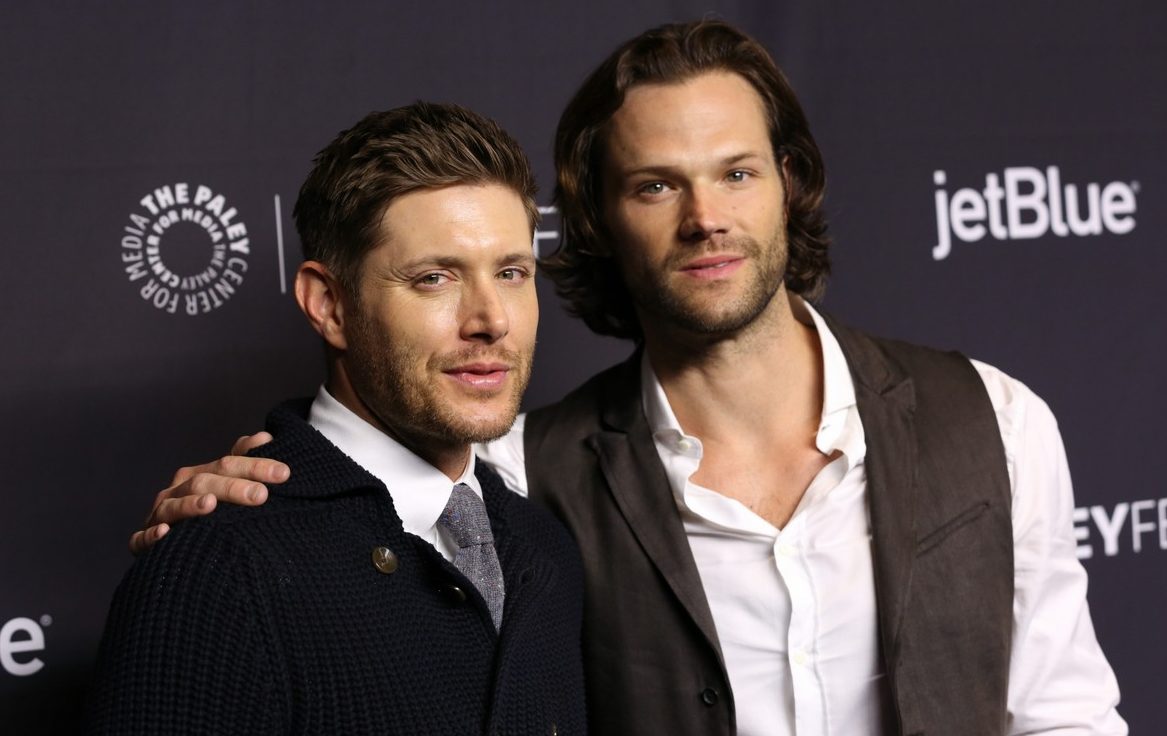 Let the fun begin! Now that Jensen Ackles has made amends with costar Jared Padalecki, he is teasing his new Supernatural prequel, The Winchesters.

The star announced the sister show earlier this week, which is set to follow John and Mary starting in 1972 (11 years before Mary’s death), and Ackles’ character, Dean, will narrate his parents’ origin story. Of course, the original CW show also gave quite a few details about the Winchester family history.

“Canon? We got you. Figuring that out has been the fun stuff,” Ackles, 43, tweeted on Saturday, June 26, in response to an article that speculated about how many established details would be embraced and erased. Based on the Smallville alum’s tweet, it sounds like they’re relearning the details already sprinkled throughout Supernatural‘s 15 seasons.

The Winchesters made headlines when Supernatural star Jared Padalecki, who played Sam on the original series, claimed that his onscreen brother hadn’t told him about the new series. “Dude. Happy for you. Wish I heard about this some way other than Twitter. I’m excited to watch, but bummed that Sam Winchester had no involvement whatsoever,” Padalecki, 38, tweeted on Thursday, June 24 just after the new project was announced.

The Walker star replied to a fan, promising he wasn’t joking. “No. It’s not [a joke]. This is the first I’ve heard about it. I’m gutted,” he wrote.

The next day, all was well with the Winchester brother actors. “@JensenAckles and I had a great talk, as we do often, and things are good. The show is early in the process with miles to go. We’ve travelled a lot of roads together, and sometimes those damn roads have bumps,” Padalecki tweeted on Friday, June 25. “Bumps don’t stop us. Once brothers, always brothers. #spnfamily.”

Ackles responded to the Gilmore Girls alum. “Love you @jarpad … Miss these talks. I forgot how much face time we always used to get. And I miss that too,” he wrote. “I know you’re busy…as am I, but you’re still my brother. I miss you, pal.”

Along with playing brothers for 15 years, the two have been groomsmen at each other’s weddings and even have matching tattoos (which they got at their Supernatural dad Jeffrey Dean Morgan‘s wedding).

Now that the two are back to their brotherly behavior, Ackles, who will star in the next season of The Boys, can focus on The Winchesters. He is developing the series with his wife, One Tree Hill alum Danneel Ackles, and their company Chaos Machine Productions.

“After Supernatural wrapped its 15th season, we knew it wasn’t over. Because like we say in the show, ‘nothing ever really ends, does it?’” Jensen told Deadline on Thursday, June 24. “When Danneel and I formed Chaos Machine Productions, we knew the first story we wanted to tell was the story of John and Mary Winchester, or rather the Supernatural origin story. I always felt like my character, Dean, would have wanted to know more about his parents’ relationship and how it came to be. So I love the thought of having him take us on this journey.”

My name is Damyan Ivanov and i was born in 1998 in Varna, Bulgaria. Graduated high school in 2016 and since then i'm working on wordpress news websites.
Jared Padalecki, Jensen Ackles, News, Supernatural, Supernatural Prequel, The Winchesters, TV Series