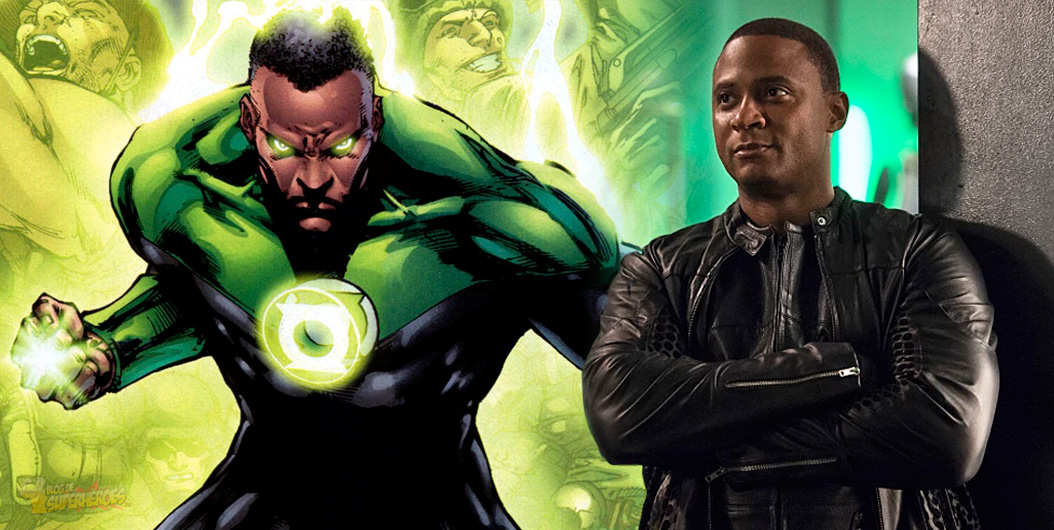 John Diggle’s upcoming arc in the Arrowverse may finally see him become Green Lantern, and his appearance on The Flash will be a major part of his journey.

The Flash showrunner Eric Wallace spoke to TV Line about the upcoming seventh season of the show and the recent news that David Ramsey’s John Diggle will be making an appearance. When he was asked what the plans were for Diggle’s arrival in Central City, Wallace laughed and said, “Boy, that’s a spoiler!” He went on to tease just why Diggle is showing up and what it could mean for his cosmic future.

“When we last saw Diggle, he had a situation at the end of Arrow that he needed to deal with,” Wallace reminded, “so he arrives to help Team Flash in the back half of the season carrying the weight of that ‘problem.’ And the question is: How can he help Team Flash when he’s got something even bigger on his mind? And that’s what the story is.”

During the series finale of Arrow, something crashes down near Diggle. He finds a box in the crater and opens it, only to be bathed in green light. No further information on the event was given, but for fans, it was the payoff for the years that they’d been speculating that John Diggle was actually John Stewart, a prominent Green Lantern.

Arrowverse executive producer Marc Guggenheim told the outlet over a year ago that there’s no shortage of ideas for where Diggle’s story could go, saying, “Greg [Berlanti], David and I have had a lot of conversations about David’s future in the Arrowverse going forward, both in front [of] and behind the camera, and there are a lot of ideas that we’re banding about that are very exciting to us…. We’ve just got some cool notions for next season.”

Ramsey will appear on Supergirl, Batwoman, Superman & Lois and Legends of Tomorrow along with The Flash. Many fans assume the arc will see him finally become a Green Lantern. And there’s even been hints that his Legends character won’t be Diggle, meaning the actor may be playing an alternate version of himself, perhaps with the last name “Stewart.”