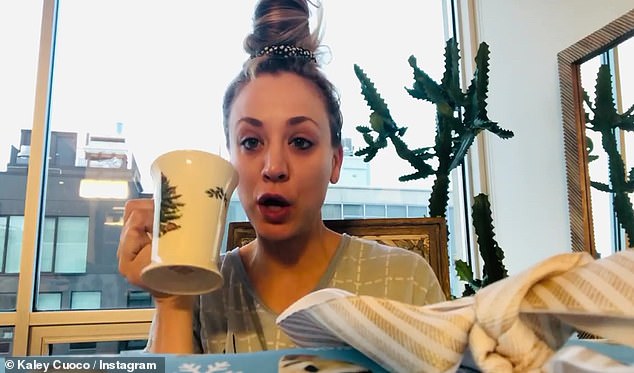 Kaley Cuoco from ‘The Big Bang Theory’ has finally shared the actual reason why she thinks her character Penny was such a hit among viewers of the beloved US sitcom.

The star played her for 12 years, tracking her onscreen journey from waitress to pharmaceutical rep, as well as her romantic relationship with nerdy neighbour Leonard Hofstadter (Johnny Galecki).

Now that the series has ended, she’s done some reflecting on why the fictional figure was so popular… “She represented the audience,” the 34-year-old told Emmy Magazine. “She has big aspirations and loved the guys.

“Viewers were on her side from day one because she was always kind. She laughed with them, not at them. She was always part of the group.”

Since The Big Bang Theory concluded in May 2019, several members of the cast have gone on to find success in other projects. Jim Parsons, who played Sheldon Cooper, recently appeared in Hollywood and The Boys in the Band, while Raj Koothrappali actor Kunal Nayyar has been wowing audiences in Netflix’s Criminal.

Cuoco landed a regular gig bringing a titular role to life in DC’s animated series Harley Quinn, and will next be seen in upcoming thriller The Flight Attendant.

Set to air later this year, it follows cabin crew staff member Cassandra Bowden (Cuoco) after she wakes up next to a dead body in a hotel in Dubai – and due to the night prior being one of heavy drinking, she can’t recall what happened.

Once back in New York, Cassandra is confronted by FBI agents who question her recent layover. Terrified about what she might find out about herself, will she be able to piece together the truth in time?