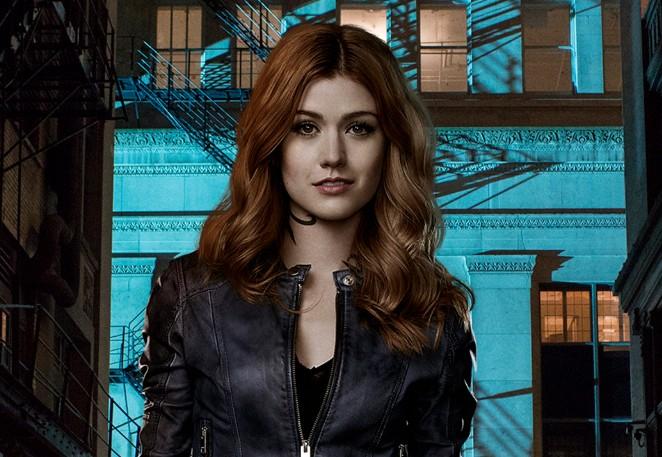 It’s been almost a year since the series finale of the Freeform series Shadowhunters and fans of the popular series based on Cassandra Clare’s The Mortal Instruments book series, but fans would love to see a reunion of sorts even if over Zoom while people stay at home and practice social distancing due to the ongoing coronavirus pandemic. As it turns out, series star Katherine McNamara is down for a Zoom-based Shadowhunters reunion, too. In fact, the Clary Fray actress told that she’d be down for any Shadowhunters reunion, period.

Speaking with Davis as part of our Talking Shop interview series, McNamara revealed that she’s used to seeing her Shadowhunters co-stars regularly prior to the pandemic and while she’s not sure how to go about putting together a Zoom reunion, she’d be all for it.

“I mean I would love that,” McNamara said. “I don’t necessarily know how to go about organizing and promoting all of that but, honestly, any sort of Shadowhunters reunion I’d be down ’cause I normally see the boys every couple weeks at the very least and I miss them like crazy.”

Ordered to series by Freeform (then ABC Family) in 2015, Shadowhunters was the second live-action adaptation of Cassandra Clare’s The Mortal Instruments series of novels. The previous adaptation was the 2013 feature film The Mortal Instruments: City of Bones. While Shadowhunters’ end marked the second time an adaptation of Clare’s series had been cut short — the movie had planned sequels which were cancelled due to poor box office performance of the first film — the show remains popular with fans who, after news of the cancellation broke, put forth a concentrated effort to save the series.

After Shadowhunters, McNamara took some of her Clary Fray fight skills to The CW’s Arrow where she played Mia, the future daughter of Oliver Queen (Stephen Amell) and Felicity Smoak (Emily Bett Rickard). Fans quickly fell in love with the new character and have been hoping to see more of McNamara as the new Green Arrow. The penultimate episode of Arrow’s final season served as a sort of backdoor pilot for a Green Arrow and the Canaries spinoff series. Unfortunately, the show’s status remains unknown and McNamara herself said she hasn’t heard anything, but she’d love to suit up again.

“I have no idea. I just asked the other day and because of the state of the world and everything that’s going on everything has kind of changed,” McNamara said. “Upfronts have been cancelled, nobody knows what’s going on. We weren’t supposed to know until May anyway and now at this point, who knows when decisions are going to be made. You know, obviously I had such a lovely time playing Mia. I’d love to be back, especially now that there are so many exciting things for her, taking on the mantle of Green Arrow and moving forward. They made me a really badass suit that I love so I’d love to wear it again, but we’ll see. Time will tell.”

Would you like to see a Zoom Shadowhunters reunion? Let us know in the comments below.