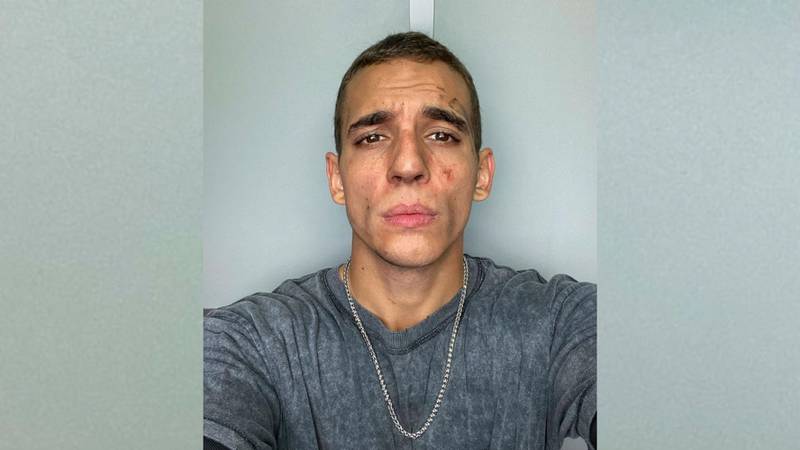 The histrión narrated through the videos that he felt incredulous of the situation. Herrán tried to inform his followers and at the same time document what was happening at that time, however the shock at the incident was very strong.

The next day, the actor shared on networks that the firefighters had managed to control the fire and showed in another clip the conditions in which his heritage had remained.

According to his statement, the actor was asleep when he noticed that his house was on fire. The indicator that gave him the alert was the sound of the fire, so he immediately left the house as best he could.

“It has caught me asleep and I have woken up with the sound of my house burning. I went out the window of my room.”

The cause of the fire has not yet been revealed, however Miguel published a story in which he thanks the magazine for the space to give his testimony. 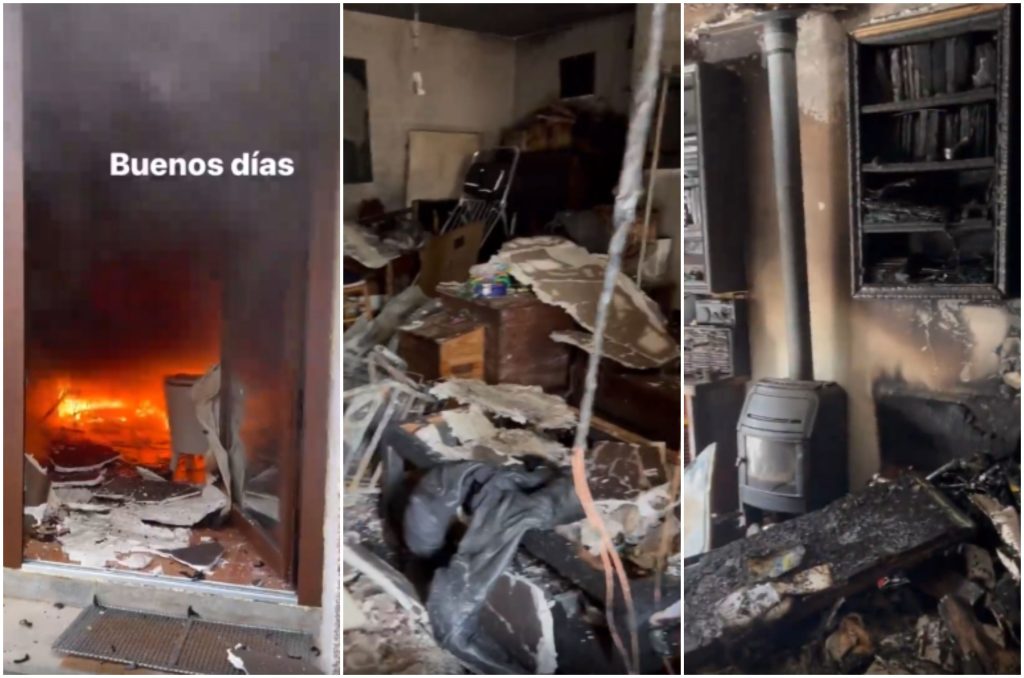 He also expressed special thanks to the fire and security corps of Ávila, Spain.

The actor did not miss the opportunity to mention his fans and show affection for all the people who have given him words and support at this time.

Finally, he commented in his message that despite the sinister that left his house in ruins, everything was in material losses and did not escalate to irremediable levels.

“The losses have been only material… And as a good friend of mine says: first world problems,” said Herrán. 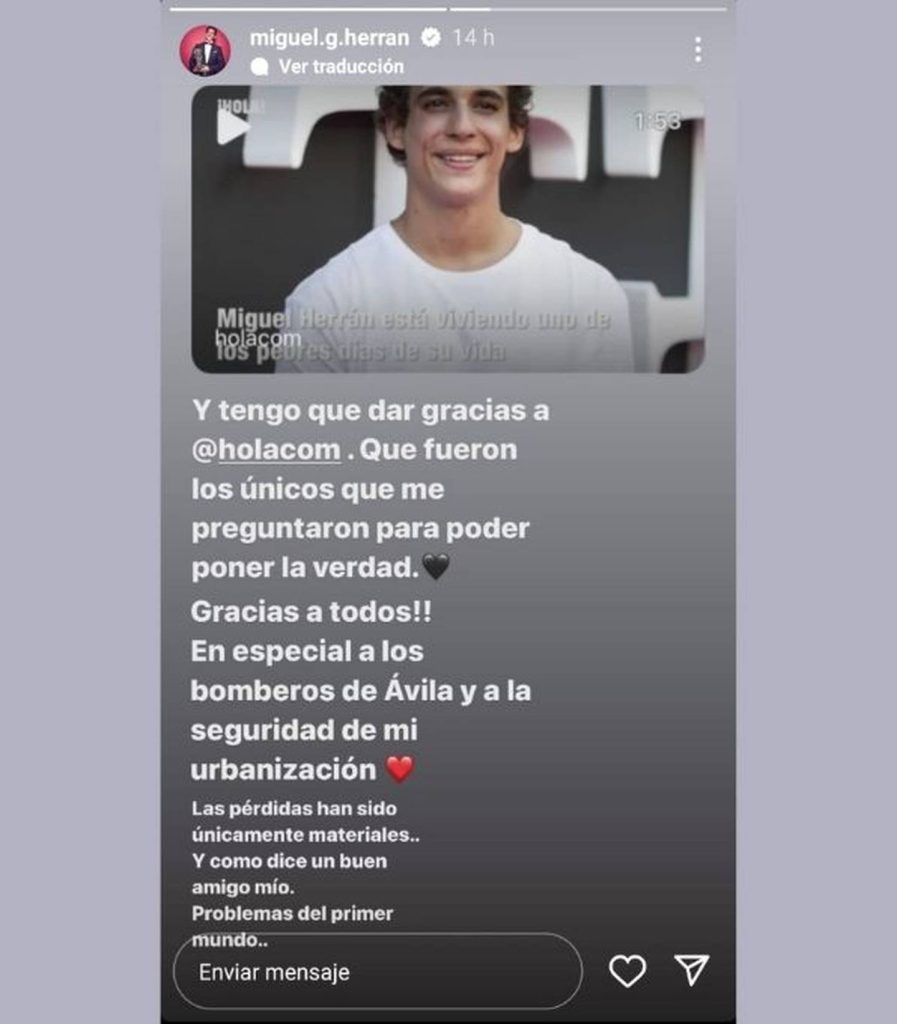