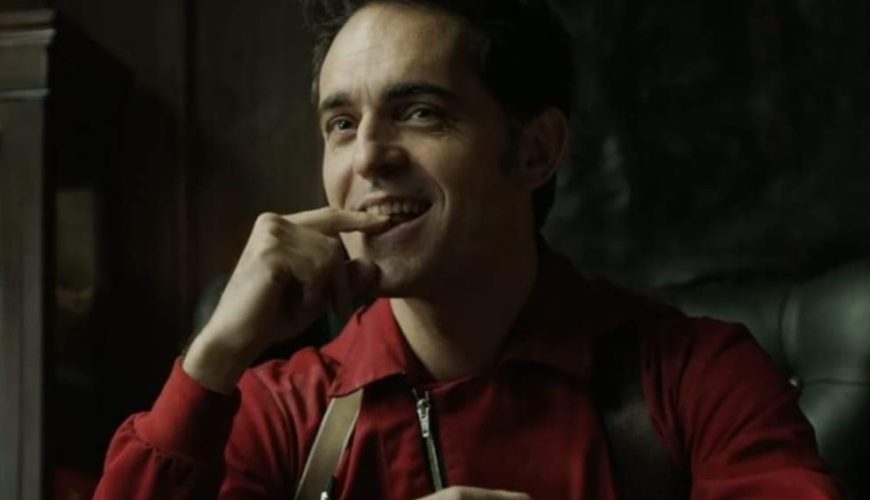 “Money Heist” Is a Spanish series that in a short time managed to rank as one of the most viewed on the Netflix streaming platform. Among its characters appears Berlin, who is played by the actor Pedro Alonso and who is one of the favorites by the fans of said production. However, it has been known that this character will have a spin-off that will bring many surprises.

The series was created by Álex Pina and was released for the first time on May 2, 2017 in Spain. For several weeks “The Money Heist”Became the favorite of thousands of Netflix subscribers who have seen every season of this successful Spanish production.

This story stars Álvaro Morte (The Professor), Pedro Alonso (Berlin), Úrsula Corberó (Tokyo), among other actors. But what has excited the fans of “The Money Heist”Is knowing that the Berlin character will have a spin-off.

It was precisely the actor himself Pedro Alonso who gave his point of view on this issue that has already generated great expectations among the public. This became known after the artist gave an interview to the world.

“Sometimes a hit can turn into a golden cage. This depends on the courage and courage of whoever is piloting those ships not to stop doing what made you a success. Álex Pina and his team did an exercise in absolute recklessness and this production was about to collapse in economic terms and sink the career and economic life of the people of the production company for 20 years”, Expressed Pedro Alonso.

The actor also spoke about the success that the spin-off of the character would supposedly have. Berlin.

“I know it’s impossible to compete with The Money Heist, but I think it is a great opportunity with several delicate fronts as you intuit and I intuit but it could be a narrative dream. I don’t have all the answers, but I’m going to focus on work and this interests me”, He specified.

In a virtual press conference before the premiere of the second part of the fifth season, executive producer Jesús Colmenar addressed the real reasons why “La casa de papel” came to an end.

“I think it has a different rhythm, it is not such a warlike confrontation, but it is a series that always goes in crescendo until the end, until the last episode, and I will say that it is very special and different from what we have done so far”, Explained Colmenar, as reported Ten minutes.

“Volume 1 and 2 of the fifth season have this defining moment, which is the death of Tokyo. It is a time bomb that radically changes the series and takes a turn towards the end“Said the executive producer.

During the first part of the fifth season of the hit series NetflixArturo took advantage of the fight between Bogotá and Gandía to escape with the Governor of the bank and other hostages. When that group reached the tinderbox, Arturo went crazy and used everything in his power to defeat his captors.

However, he was detained by Monica, who seriously injured him. Although Stockholm managed to revive him, his hopes of survival were slim. From that moment on, guilt began to haunt the Denver couple who began to hallucinate.