Where Have You Seen The Lucifer Cast Before 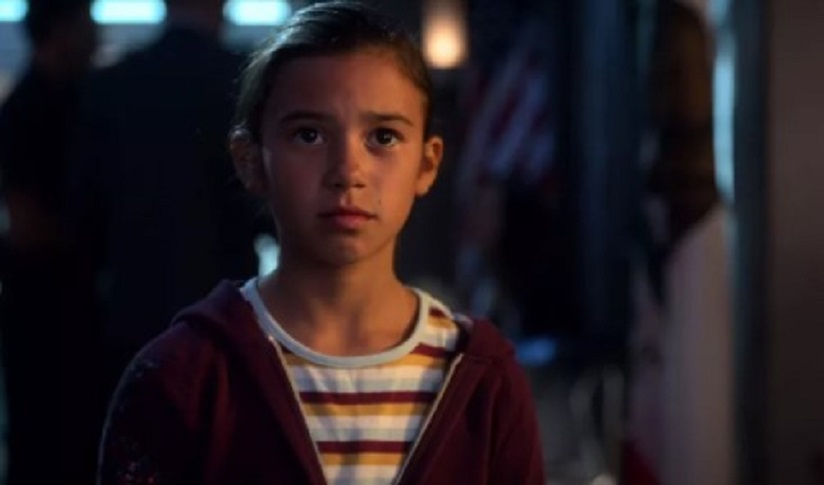 Fittingly enough, Lucifer has gone to hell and back again during its extended television-to-streaming run throughout this past half-decade. Initially, the DC comic book adaptation made a modest debut on Fox with mixed reviews but a growing fanbase.

When the show was cancelled after three seasons, the outcry of support from fans ultimately inspired Netflix to pick it up for three additional MA-rated installments — including its sixth and final season, which was (surprisingly) announced back in June.

If you’re falling for the show and wondering where you’ve previously seen its devilishly talented cast, led by Tom Ellis, then we’re here to help. Here’s where you might have seen the Lucifer cast before.

Tom Ellis (Lucifer Morningstar)
As Lucifer Morningstar, the literal devil incarnate who abandons his post in Hell and becomes a civilian consultant for the L.A.P.D., Tom Ellis has a fiery role in this Fox-turned-Netflix adaptation of the DC Comics (and, you know, biblical) character. Previously, Ellis appeared in BBC’s Miranda and USA’s Rush. He also had main cast member roles in Nice Guy Eddie, Suburban Shootout, Monday Monday, Sugartown, and The Fades. Additionally, Ellis had a recurring role on EastEnders, and can be seen in Doctor Who, Merlin, Gates, Queen America, Jack & the Beanstalk: The Real Story, Harley Street, and No Angels. He also played Lucifer in an episode of The Flash.

Outside of television, Tom Ellis can be seen in Vera Drake, Buffalo Soldiers, The Best Man, Miss Conception, High Heels and Low Lifes, I’ll Be There, and Isn’t It Romantic.

Lauren German (Detective Chloe Decker)
Playing the part of Chloe Decker, a hard-working homicide detective who solves cases with our titular satanic character, Lauren German has one of the lead roles in Lucifer. Previously, German was seen in A Walk to Remember, The Texas Chainsaw Massacre (2003), Hostel: Part II, Down to You, What We Do Is Secret, Made For Each Other, The Divide, Dark Country, Love and Mary, It Is Fine! Everything Is Fine, Born Killers, Standing Still, A Midsummer Night’s Rave, and Spin.

Additionally, on television, Lauren German was in the main cast for Hawaii Five-0 Season 2, and she played a prominent role on Chicago Fire. Also, the actress had leading roles in Happy Town and Sex, Love & Secrets, and appeared in episodes of 7th Heaven, Human Target, Memphis Beat, and Going to California.

Kevin Alejandro (Detective Daniel “Dan” Espinoza)
In the role of Daniel Espinoza, an LAPD homicide detective, Chloe’s ex-husband, and Trixie’s father, Kevin Alejandro has a prominent paternal part in Lucifer. Outside of this series, Alejandro is known for his performances in Southland, Parenthood, True Blood, and Arrow. His other television credits include The Young and the Restless, Ugly Betty, Shark, Drive, Weeds, Sleeper Cell, Golden Boy, The Returned, Grey’s Anatomy, The Catch, Law & Order: SVU, Psych, The Mentalist, Melrose Place, Sons of Anarchy, NCIS, Big Love, Medium, JAG, Alias, Without a Trace, 24, Charmed, and Crossing Jordan. He also worked on the web series, Gemini Division.

D.B. Woodside (Amenadiel)
As Amenadiel, Lucifer’s older brother, D.B. Woodside plays a watchful character in this series. Most notably, Woodside appeared in the seventh season of Buffy the Vampire Slayer, as well as Single Ladies, Suits, and Parenthood. His other television credits include 24, Grey’s Anatomy, Private Practice, Monk, S.W.A.T., Halt and Catch Fire, Castle, Hawthrone, JAG, The Division, Murder One, Hellcats, Emily Owens M.D., and a recurring role on Pearson.

Additionally, on the big screen, D.B. Woodside appeared in The Temptations, Romeo Must Die, Scar City, Easy (2003), That Awkward Moment, Mississippi Damned, The Man in 3B, and Paul Blart: Mall Cop 2.

Lesley-Ann Brandt (Mazikeen)
Playing the part of Mazikeen, i.e. “Maze,” Lucifer’s demon confidant, Lesley-Ann Brandt has a prominent supporting role in Lucifer. Outside of this series, Brandt is known for her work in Starz’s Spartacus and Spartacus: Blood and Sand. She can also be seen in The Librarians, Single Ladies, Chuck, Gotham, CSI: NY, Being Mary Jane, This is Not My Life, and Diplomatic Immunity.

Additionally, Lesley-Ann Brandt appeared in A Beautiful Soul, Drift, The Hopes & Dreams of Gazza Snell, InSight, Painkillers, Heartlock, and Duke, as well as the music videos for Battle Circus’s “Love is a Fallout Shelter” and Nesian Mystik’s “R.S.V.P.” Next, the actress will star in Killing Winston Jones.

Scarlett Estevez (Beatrice “Trixie” Espinoza)
In the role of Beatrice “Trixie” Espinoza, Dan and Chloe’s daughter, Scarlett Estevez was part of Lucifer’s main cast for the first four seasons. The child actress started her film career with Daddy’s Home, followed by Daddy’s Home Two. Estevez can also be seen in the fourth season of Disney Channel’s Bunk’d. Her other TV credits include a recurring voice role in Amazon Prime’s If You Give A Mouse a Cookie, as well as guest star appearances in Redeeming Dave and Raven’s Home. Additionally, Estevez can be seen in The Massively Mixed-Up Middle School Mystery and And Then There Was You, as well as being heard in 2018’s The Grinch. Next, the actress appears in Christmas Again.

Rachael Harris (Dr. Linda Martin)
As Linda Martin, our titular hellspawn’s psychotherapist, Rachael Harris plays a mindful and observant character in Lucifer. In addition to this series, Harris can be seen in Reno 911!, New Girl, Suits, The Good Wife, and Sister, Sister. Her other TV credits include Curb Your Enthusiasm, The Sarah Silverman Program, In the Motherhood, My Boys, Childrens Hospital, Modern Family, The Office, Cougar Town, Pushing Daisies, Notes From the Underbelly, Monk, Frasier, 8 Simple Rules, Party Down, and Star Trek: Voyager.

Outside of television, Rachael Harris also appeared in The Hangover, the Diary of a Wimpy Kid movies, Bad Words, License to Wed, Starsky & Hutch, Kicking & Screaming (2005), Daddy Day Care, Best in Show, Showtime, For Your Consideration, Evan Almighty, The Soloist, Natural Selection, Night at the Museum: Secret of the Tomb, Barely Lethal, Freaks of Nature, and Brother Nature. Additionally, she can be heard in Wreck-It Ralph.

Kevin Rankin (Detective Malcolm Graham)
Playing the part of Detective Malcolm Graham, Kevin Rankin has a notable role in the first season of Lucifer. Outside of this series, Rankin can be seen in Breaking Bad, Justified, CBS’s Unforgettable, NBC’s Friday Night Lights, and Trauma. He’s also part of the main cast for Claws. Rankin’s other TV credits include Six Feet Under, Bionic Woman, Grey’s Anatomy, Big Love, Halt and Catch Fire, The Umbrella Academy, Lost, My Name is Earl, Without a Trace, The O.C., NYPD Blue, Buffy the Vampire Slayer, Law & Order, Gracepoint, The Newsroom, and The Mentalist.

Outside of television, Kevin Rankin also appeared in Dallas Buyers Club, Dawn of the Planet of the Apes, 2003’s Hulk, The Apostle, White House Down, Wild, Hell or High Water, Skyscraper, The Chaperone, Pawn Shop Chronicles, and El Camino: A Breaking Bad Movie, where he reprised his role as Kenny.

Aimee Garcia (Ella Lopez)
In the role of Ella Lopez, an LAPD forensic scientist, Aimee Garcia joined the main cast of Lucifer in Season 2. Prior to this performance, Garcia was known for her work in Dexter, Vegas, and ABC’s George Lopez. She also had leading roles in Greetings from Tucson, All About the Andersons, Trauma, and Rush Hour. Additionally, Garcia played recurring roles in Off the Map and American Family, while also having guest spots in CSI: NY, Supernatural, Bones, Gary Unmarried, Impastor, Hawaii Five-0, ER, Angel, CSI: Miami, and My Boys. Furthermore, the actress appeared in Disney Channel’s Cadet Kelly.

Outside of television, Aimee Garcia appeared in D.E.B.S., A Lot Like Love, The Alibi, D-War, Graduation, Shrink, RoboCop (2014), What They Had, Saint Judy, Cruel World, El Chicano, Convincing Clooney, Go For It!, After the Reality, Boys Life 4: Four Play, The Good Girl, and Spanglish. She can also be heard in The Addams Family (2019). Next, Garcia will be seen in Saurus City and heard in M.O.D.O.K.

Tricia Helfer (Mum)
As “Mum,” the Devil’s mother and God’s exiled wife, Tricia Helfer has a splashy supporting role in Lucifer. Most notably, Helfer is known for Battlestar Galactica. She can also be heard in the video games, StarCraft II and Mass Effect 3. Her other notable TV credits include recurring roles in Powers, The Firm, Step Up: High Water, and Burn Notice, as well as main cast parts in Dark Blue, Killer Women, and the fourth season of Van Helsing. Also, Helfer appears in Two and a Half Men, Chuck, Supernatural, Franklin & Bash, Criminal Minds, Community, Ascension, S.W.A.T., and Creepshow, and the actress can be heard in Tron: Uprising, Falling Skies, Rick and Morty, Scooby-Doo! Mystery Incorporated, and The Spectacular Spider-Man.

Away from television, Tricia Helfer can be seen in Open House, A Beginner’s Guide to Endings, Bloodwork, Authors Anonymous, White Rush, Spiral (2007), Isolation, The Forger, It’s Beginning to Look a Lot Like Christmas, and Bombshell. Additionally, she can be heard in Green Lantern: First Flight.

Tom Welling (Lieutenant Marcus Pierce)
Playing the part of Marcus Pierce, the lieutenant who briefly oversees work at the LAPD, Tom Welling joined Lucifer during its third season. Most notably, Welling starred in The WB/The CW’s Smallville as Clark Kent himself. He also had a recurring role in Judging Amy Season 2. His other television credits include Undeclared, Special Unit 2, Man Fire Food, and Professionals. He also reprised his role as Clark Kent in Batwoman.

Inbar Lavi (Eve)
In the role of Eve, our titular diablo’s former lover and the world’s first human female, Inbar Lavi joined Lucifer during its fourth season. Prior to this performance, Lavi was seen in MTV’s Underemployed, Fox’s Gang Related, and Prison Break’s fifth season. Additionally, Lavi starred in Bravo’s Imposters. Her other television credits include CSI, CSI: Miami, Charlie’s Angels, Castle, The Last Ship, Sons of Anarchy, Criminal Minds, Entourage, The Closer, In Plain Sight, and, most recently, Stumptown.

Furthermore, Inbar Lavi appeared in The Last Witch Hunter, For the Love of Money, House of Dust, Street Kings 2: Motor City, Getting That Girl, Underground, and Sorry for Your Loss.