Legacies Reveals Cleo is more than just a talented witch 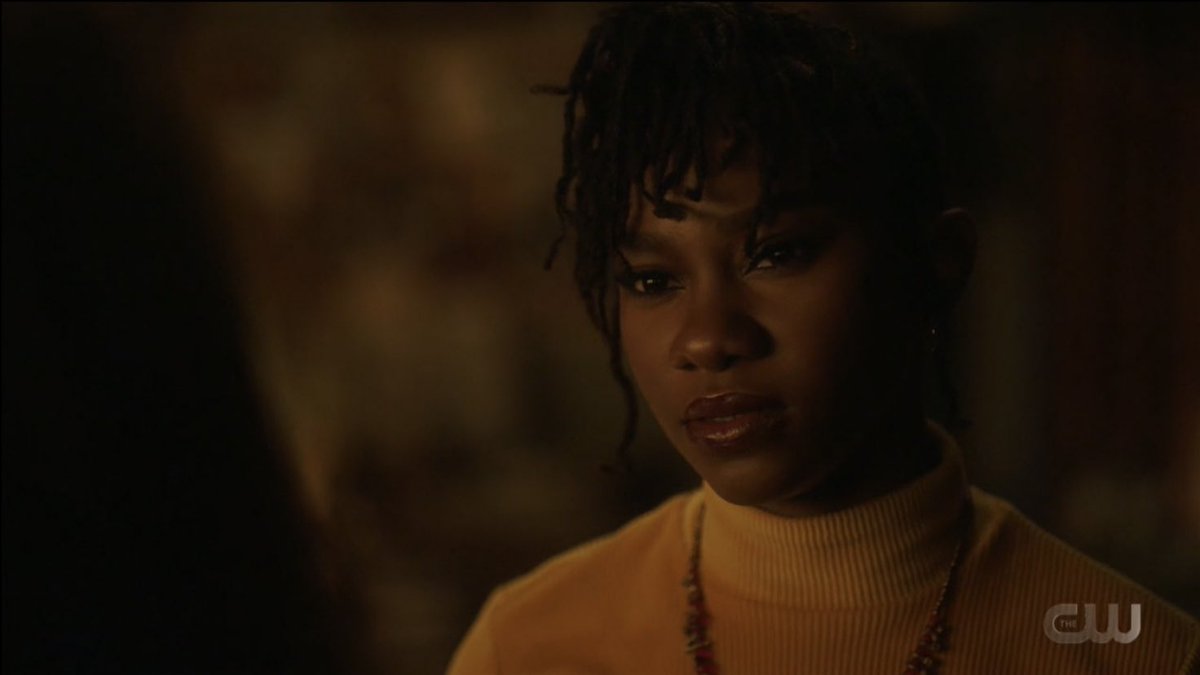 Ever since Cleo decided to attend the Salvatore School, she’s proved to be an asset to the Super Squad. She took out a leprechaun that was attacking Alaric and summoned Charon to get Landon back, a unique idea no one else at the school thought of. However, in the latest Legacies episode, “All’s Well That Ends Well,” we learn that Malivore is after Cleo, and it’s because she’s more than just the talented witch she appears to be.

In the previous episode of Legacies, the Super Squad took on a gremlin. While they were figuring out what to do with the monster, the gremlin kidnapped Cleo. The Squad assumed the gremlin took Cleo randomly, but in “All’s Well That Ends Well,” Hope has come to the conclusion the Malivore monsters that are somehow making their way to Mystic Falls may actually be after Cleo. And she has a plan to figure out if she’s right and catch one of the monsters at the same time.

Hope brings Cleo out to the woods under the guise of having a picnic only to admit she’s using Cleo as bait. Fortunately at this point, Cleo is growing accustomed to the constant supernatural threats plaguing the Salvatore School and agrees to go along with Hope’s plan. Almost immediately, a Malivore monster appears and goes for Cleo, but Cleo and Hope quickly subdue her and bring her back to the Salvatore School. Unfortunately, they can’t get any information out of her because instead of speaking, the monster’s vocalizations seem to be more or less limited to a supernatural scream.

The Super Squad quickly concludes she is a banshee and won’t be able to give them any information. But surprisingly, while Jed discusses the situation with Cleo, he realizes they can use magic to turn him into a conduit, enabling them to question the banshee through him. However, even with Jed as a mouthpiece, the monster refuses to tell them why Malivore is pursuing Cleo. That is, until Alaric determines who the banshee was when she was human and provides her with information that frees her and turns her back into a woman. Before she dies, she reveals Malivore’s reason for wanting Cleo to Alaric.

Later, Alaric tells Dorian what he learned: Cleo is a witch who’s also the seventh daughter of a seventh daughter, which makes her a muse. That means her mere presence is inspiring. That’s why Jed — who’s not known for his brilliant monster-hunting plans — figured out how to talk to the banshee while he was talking with Cleo. And it’s that inspirational power Malivore’s after. Alaric reasons that since Malivore is trapped in the prison world and doesn’t know how to leave, he wants Cleo so he can come up with a creative solution to his problem. And until he gets her, the Malivore monsters will probably just keep coming for her.

Even though it seems she wasn’t previously aware of her powers as a Muse, this is further proof that Cleo is an invaluable addition to the Super Squad. While the group is still dealing with Malivore monsters, perhaps Cleo’s inspirational presence will help them come up with new and more creative solutions to the problem than they have before. And maybe this time, they can get rid of Malivore and his monsters for good.