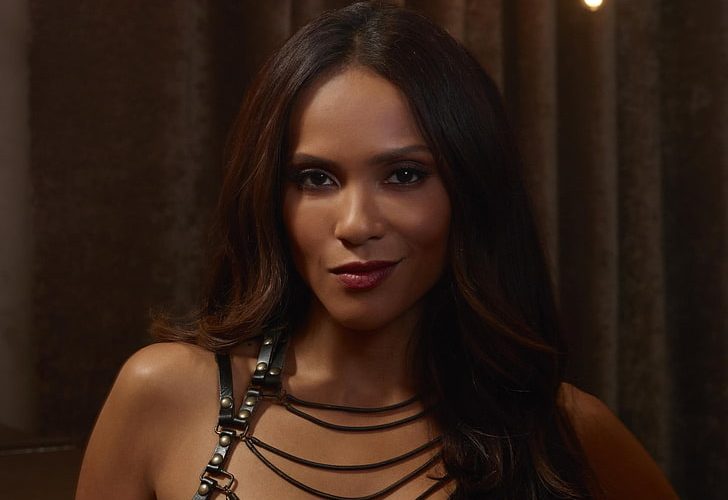 The final episodes of Lucifer are here and it’s time to pay tribute to one of the show’s most beloved stars: Lesley-Ann Brandt.

The South African actress, 39, who dazzled viewers for six seasons (which included two cancelations and two revivals) as tough-as-nails demon Mazikeen, recently opened up to PEOPLE about how she got her start in acting, all things Lucifer, and where fans might see her next.

Read on for her fun success stories, how she embraced Maze’s “dirty” fighting style on Lucifer and which costar she’s still in contact with most.

From “weird” kid to scene-stealer
“I grew up in Cape Town, South Africa, so I was born into apartheid,” says Brandt. “At that time being an actress on TV, you’re dealing with other stuff, big social issues, and I didn’t think that someone like me would ever be doing this for a living. It wasn’t until my father got a job offer in New Zealand, that we moved. I was never one of those kids that sort of knew that, ‘I’m going to go to university and I’m going to study this,’ I was kind of a weird child. I did a lot of school singing, I was bit of a clown, prank calling random numbers with different accents. I was weird by South African standards. Where the family was like, ‘No, we don’t want to see your one-man play again that we know you’re lying about, because you’re just making it up as you go,’ that kind of weird. But I was always a bit of a performer, for sure.”

After her family moved to New Zealand, Brandt started getting work modeling and acting in commercials. After finding some success, she was encouraged to take acting more seriously and sign up for classes.

“So I did that,” she says. “I was an IT recruitment consultant and at the time I was working there, I auditioned for a half-hour comedy, and I booked the job. So I quit to go be an actress.

She continues: “I’m a kind of jump-and-then-it-will-appear person. I did that for one season, and then my next job was Spartacus: Blood and Sand for Starz. I’d done a lot of little classes here and there, but I really learned what I learned on set, and watching other more seasoned actors. I love to punch above my weight, work opposite people that I feel are just better or more seasoned or that I admire, whose work I admire.”

Bringing her inner badass to Mazikeen
After Blood and Sand, and guest stints on Chuck and CSI: NY, Brandt booked the fan-loved role of powerful demon Mazikeen on Lucifer — through which she got to beat up many an onscreen baddie.

“This was the first role where I really got to show my athleticism,” says Brandt of loving her character’s fight choreography. “I’m very fortunate, I’m someone that picks up choreography really quickly. The stunt coordinator would always laugh and be like, ‘You move too quickly. We’ve got to slow this down,’ because whoever I might be fighting against doesn’t pick it up as quickly as me. But I think it’s such a big part of Maze, and why it was important for me to fully embrace the physicality of this character, because how she enters the room, what she looks like, what she sounds like, that’s her, her attitude, all of it, hair and makeup, the lot.

“I always feel like as a character, she lives with her crotch. She’s a leg spreader,” the actress says with a smile. “Her fighting style was dirty as well. I feel like Tom [Ellis, who plays Lucifer] is sort of David Bowie with a martini, and Maze is like, ‘Headbutt, kick to the nuts.’ You know?”

Saying goodbye to Maze
Brandt says her final days of filming were “so emotional.”

“I penned a really long social media post, kind of a love letter to [my character],” she says. “I learned so much playing this character, and I had such a great time on the show. It certainly gave me a platform. Us moving to Netflix just elevated our show to a way sexier next level. No offense Fox, but I think the world just got darker and sexier. I’ve had some distance from it now, obviously, and I feel a fondness now to see how much people are anticipating the show coming out, and how sad people are at the same time to say goodbye to these characters. I loved how invested our fans are, and I’m always so appreciative, because we got canceled twice and we got saved twice, and here we are.”

“She has so many different layers,” the actress adds of Maze. “She has to be vulnerable and open to exploring all of those human feelings, and working through all of her trauma and finding love. But, you must never forget she’s a demon, and that with one blade you’re dead.”

What she kept from set
“I have the very final costume that she wears on the show,” Brandt says of what she was allowed to keep from the show. “And I have the red costume when she goes and fights the angels. Yeah, and my blades. She has an amazing… I mean, I had so much fun collaborating with our costume designer. She did really cool, interesting… That wedding dress is great. Those are the two big ones I think. I hold on to them now, but I’m always up for like, “Want to help a charity? Here have my costume.”

Keeping in touch with her costars
“We all train with the same trainers, so we see each other,” Brandt says of staying connected with her fellow cast members, several with whom she shares a personal trainer. “It’s such an intense experience, and then people go off on their separate ways. Tom’s working in New York right now. I’m not sure what some of the other people are up to, but we’ll see each other around. There’s always fan events, and that kind of stuff. But I’ve seen Tom the most, yeah, even over FaceTime.”

What’s next and a moment of gratitude
“I have a project that’s being developed for me right now. I have two things that I can’t really specifically talk to you about, but I’m developing something where I’ve teamed up with a production company. And I’m really excited that will probably get announced soon-ish,” she says cryptically of her post-Lucifer career plans. “I just finished the AMC show, an anthology horror-noir series that I think will come out in the fall. But yeah, I’m enjoying behind-the-scenes work, producing and putting a show together. It’s a lot of work.”

Signing off, Brandt says she “wants to leave it with a thank you to the fans,” she says. “We wouldn’t have made it to sixth season, and certainly not made it to such a great platform as Netflix without their support. Thank you to the OGs, and thank you to the newbies who are just joining us in this last year. And I just really hope that they feel like we’ve done the show justice, and kindness to these characters in a way that they felt was paying homage to the show and their story. So, thank you.”

The final season of Lucifer is now streaming on Netflix.

My name is Damyan Ivanov and i was born in 1998 in Varna, Bulgaria. Graduated high school in 2016 and since then i'm working on wordpress news websites.
Lesley-Ann Brandt, Lucifer, Lucifer 6, Lucifer finale, Lucifer Season 6, Mazikeen, News, TV Series