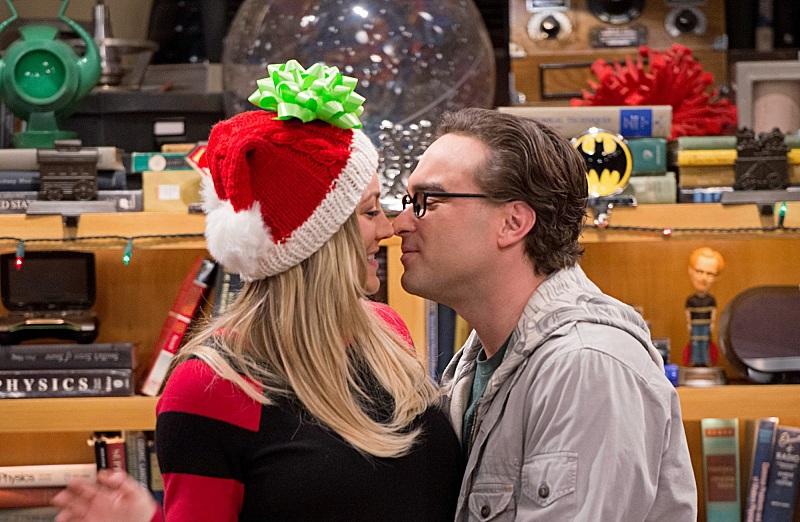 The Big Bang Theory is one of the most popular American sitcoms, the first episode of which premiered in 2007, and the series ended in 2019 after a very successful 12-year run. The Big Bang Theory cast includes actors like Johnny Galecki, Jim Parsons, Kaley Cuoco, Simon Helberg, and Kunal Nayyar in pivotal roles.

The show revolved around five characters living in Pasadena, California, four of whom were scientists and their neighbour Penny, played by Kaley Cuoco portrayed the role of a waitress who is an aspiring actor. With Christmas just around the corner, read on to know about the Christmas episodes of The Big Bang Theory.

The Bath Item Gift Hypothesis
This episode appears in the second season of the show. It revolves around the time when Leonard starts working with a handsome colleague at work, but things go wrong when the colleague starts dating Penny. Meanwhile, Sheldon’s obsessive gift-giving etiquette irritates the whole gang, while Penny’s Christmas gift for Sheldon leads to a memorable moment.

The Santa Simulation
This Christmas episode occurs in season 6 of the comedy show. The premise of the episode shows Sheldon hunted by the memories of his Christmas past as the group plays the game of Dungeons and Dragons. Meanwhile, Amy, Penny and Bernadette try to find a girl for Raj when he joins them on ladies’ night.

The Cooper Extraction
Featuring in the seventh season of the series, this holiday episode shows Sheldon flying to Texas for his sister’s childbirth, while his friends decorate the Christmas tree in the apartment. When they begin to wonder what life would be like without Sheldon, they come to realize how big a part of their lives he has become.

The Maternal Congruence
This season 3 Christmas episode shows Leonard’s mother, Dr Beverly Hofstadter in town for the holidays. His mother’s visit is distressing for Leonard, especially after she finds out about his relationship with Penny. However, Sheldon is pleased to spend time with Dr Hofstadter, whose mind he finds fascinating.

The Holiday Summation
This episode appears in season 10 of the series and shows the group together, catching up on their holidays. Sheldon and Amy talk about their trip to Texas to see Sheldon’s mother whereas Leonard and Penny recount their struggle with a Christmas tree and Bernadette describes her first few days caring for Halley.