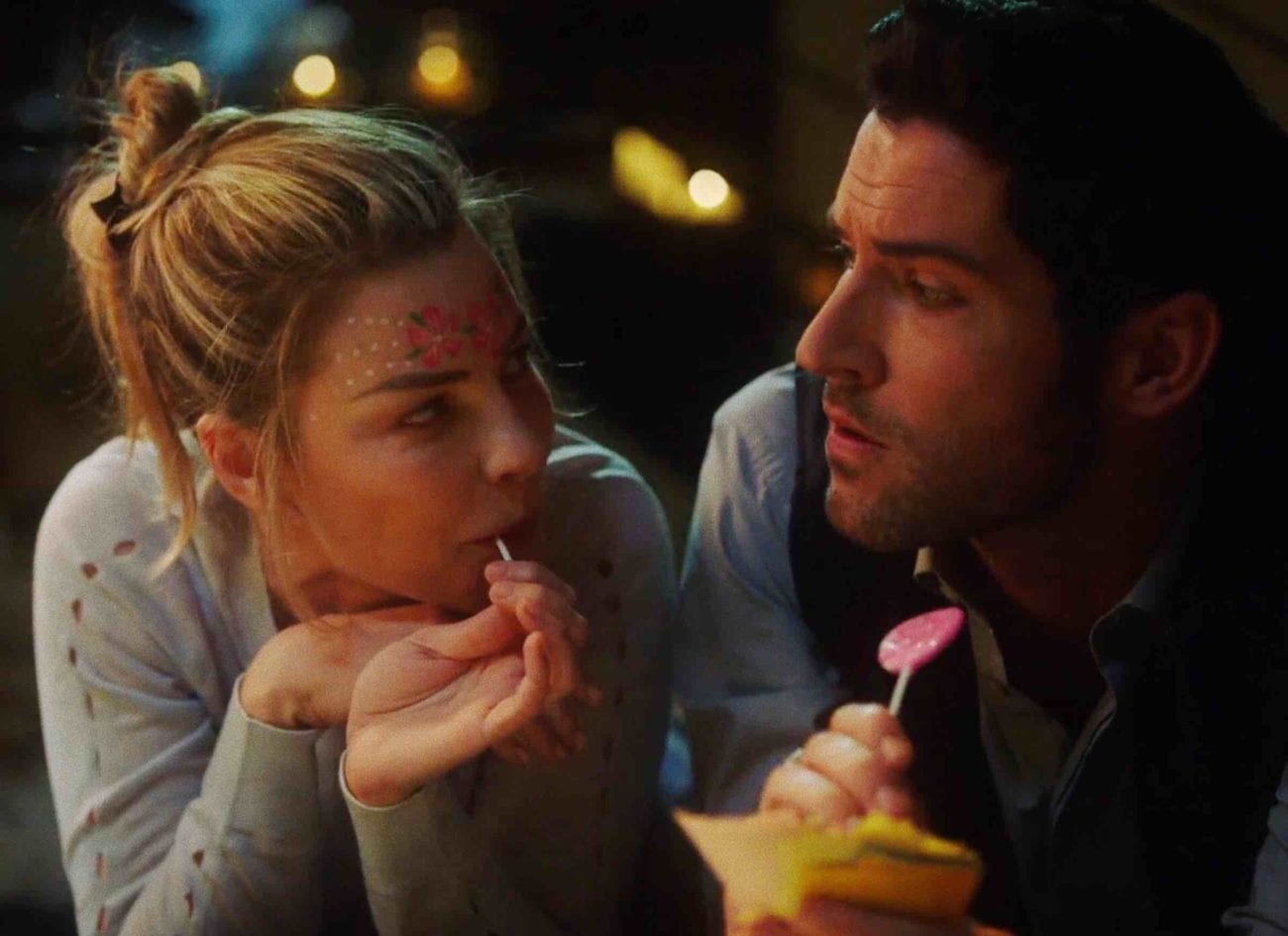 Lucifer is soon to return to screens with more episodes, and it seems that viewers can expect a major romantic moment between Lucifer and his crime-solving partner Chloe Decker.

Writing in his weekly column Matt’s Inside Line for TVLine, Matt Webb Mitovich revealed that the latter half of season five will revisit the couple’s heartfelt conversation about what they mean to each other, which was interrupted before Lucifer could share his true feelings.

“The DNR (Do Not Reveal) list for the Season 5B screeners is pretty extensive,” he wrote in response to one reader’s request for “Deckerstar scoop”.

“But I am confident that I can say that while you will have to wait for the resolution to their time-stopped conversation about the L-word, you won’t have to wait very long.”

Season five saw the pair, played Tom Ellis and Lauren German, finally begin a romantic relationship after several seasons of will-they-won’t-they. However, the status of their blossoming romance was left on a cliffhanger after their conversation was left literally frozen in time.

Just when it appeared that Lucifer was finally about to tell Chloe he loves her, his brother Amenadiel used his time-stopping ability meaning Chloe wouldn’t be able to hear his answer.

The countdown until new episodes arrive is officially on since Netflix confirmed that the second half of season five will land on Netflix on May 28. The exciting announcement came after one of the show’s biggest guest stars to date Dennis Haysbert teased that a release date would be “soon”, but it seems that many fans weren’t expecting it to be mere weeks away.

“Omg my fellow Lucifan followers I’M SO EXCITED!” one person wrote in response to the news, while a fellow fan said: “The wait is almost over!!” while a third simply said: “FINALLY”.

My name is Damyan Ivanov and i was born in 1998 in Varna, Bulgaria. Graduated high school in 2016 and since then i'm working on wordpress news websites.
chloe, Chloe Decker, Lucifer, lucifer 5, lucifer 5B, Lucifer Morningstar, Lucifer Season 5, Lucifer season 5b, romantic, TV Series