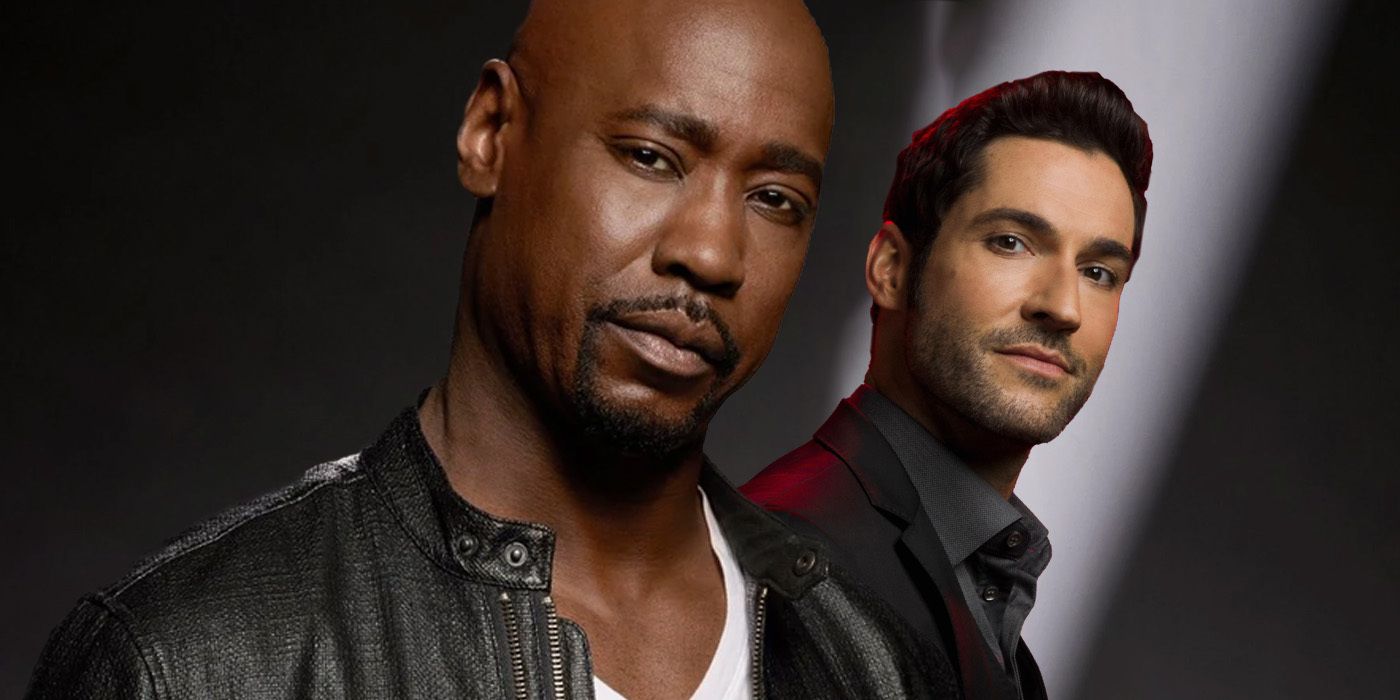 Both Lucifer (played by Tom Ellis) and his brother Amenadiel (DB Woodside) left their lives on Earth for a new calling in the final season of the hit fantasy series. Unfortunately, the Netflix show’s conclusive 10 episodes have proven divisive, especially when it comes to God’s (Dennis Haysbert) favourite son – with many now claiming there is a plot hole in its final twist.

Fans have spotted some huge oversights with the conclusion of Amenadiel’s story in the sixth and final season of Lucifer. After treating fans to a bumper 18 episodes in 2021, Netflix brought the popular Biblical drama to a close with a blockbuster finale.

Lucifer and his detective partner Chloe Decker (Lauren German) descended to Hell to play therapist to the Underworld’s tortured souls, while Amenadiel inherited Heaven’s throne. His role as the new God felt like a natural conclusion for the powerful angel, as he has remained Lucifer’s moral compass and most valuable ally throughout the series.

However, others have pointed out some glaring contradictions when compared to the rest of his storyline throughout the final two seasons.

One such viewer took to Reddit to point out why his heavenly inheritance flies in the face of his journey as a police officer in season six.

User no-forgetti posted: “Anyone notice how Lucifer had to ‘learn to care about all humans’ in season six to become God?

“But we still ended up with a God who stated celestials are better than humans, who was disappointed his son appeared to be ‘just’ human.”

In season five, Amenadiel is faced with the challenge of raising his new baby, Charlie, with co-parent Linda Martin (Rachael Harris). Although viewers were certain he’d make an excellent father, conflict arises with Charlie’s mother when he raises concerns about his status as a celestial.

Linda is relieved to learn Charlie is a normal human, though Amenadiel is less than pleased.

An argument erupts when Amenadiel states angels are ‘better’ than humans, though Linda eventually makes him realise his own prejudice. Even so, he’s clearly relieved and overjoyed when Charlie does eventually manifest angel wings on his second birthday.

Furthermore, the original post highlighted the fact Amenadiel still has reservations about humanity, exemplified when he learns more about institutional racism in the police force. Another viewer replied: “Undoing Amenadiel’s acceptance of Charlie was one of the many missteps of season six that undid character development of previous seasons.

“I don’t know if the writers were just churning things out so fast they didn’t notice how it would come off or they did and they didn’t care.”

Despite his failure to confront his prejudices about humanity, Amenadiel is chosen as the natural frontrunner to succeed his father and lets Lucifer return to his original home in Hell. Unfortunately, the decision doesn’t quite add up considering the backbreaking self-sacrifices and soul-searching Lucifer had to do to take over from his father in season five.

Luckily, most fans were able to overlook mistakes like these, but it’s clear even the most popular Netflix hits of this past year weren’t without their shortcomings.