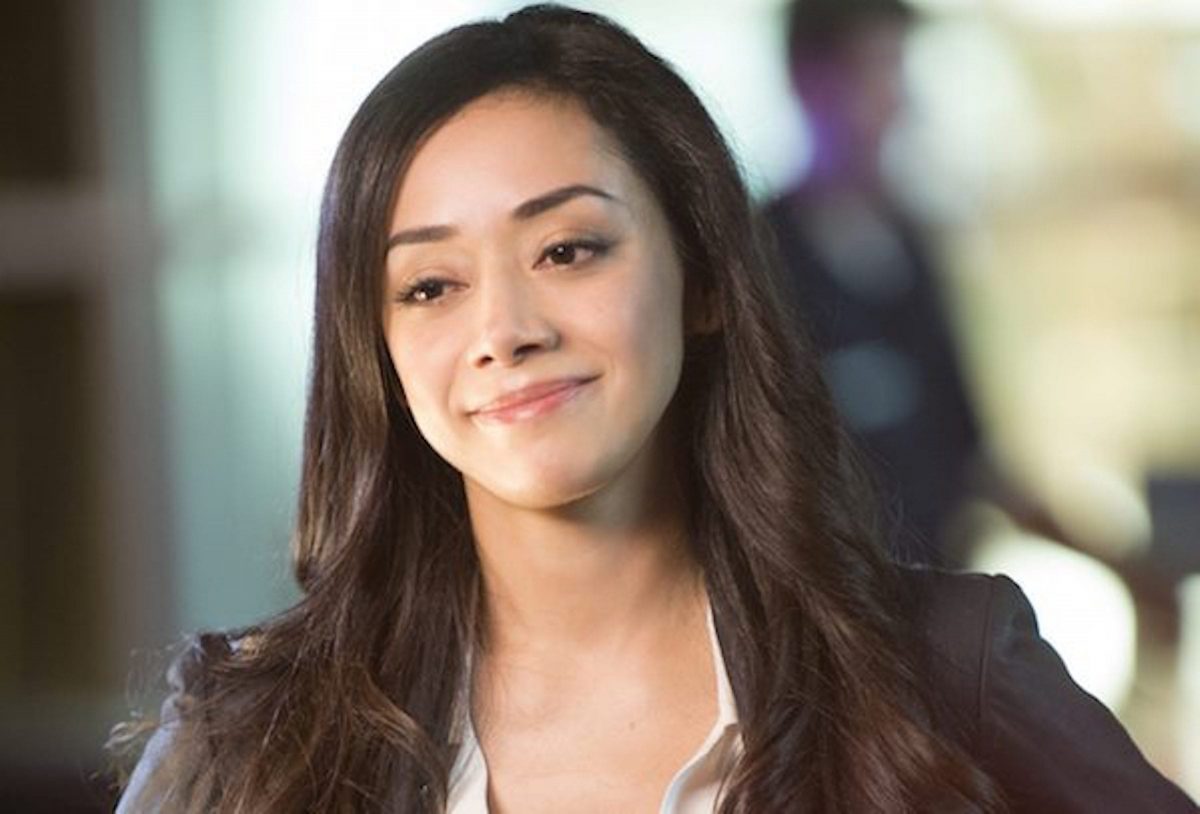 Our favorite forensic scientist may have finally found her person when Lucifer returns.

EW can exclusively reveal that Under the Dome’s Alex Koch will appear in the Netflix drama’s fifth season as Ella Lopez’s (Aimee Garcia) new love interest, Pete Daily. Described as “endearing, nerdy, and friendly,” Pete is an L.A. reporter who catches a story on one of Lucifer (Tom Ellis) and Chloe’s (Lauren German) cases, which leads to him crossing paths with Garcia’s bubbly CSI. Check out some exclusive behind-the-scenes photos of Garcia and Koch below.

“It’s just bad news bears in the love department for Ella [at the beginning of season 5], which I like because she can’t be perfect. Then, she finally, finally, finally, dates a good guy,” Garcia told EW during a set visit last December. “And she lets him, and it’s so much more intimate because it’s not just physical. They go to Star Trek conventions, and they go to dinner and there’s wine and candles. They speak Klingon together.”

She continued: “It’s a match made in heaven. He’s the male version of Ella. He’s just as geeky.”

Ella’s new love interest is only one part of her arc, though. Last season, the typically optimistic and cheery character went through a crisis of faith following Charlotte Richards’ (Tricia Helfer) death. In the new cycle, Ella spirals a bit as she faces another personal struggle.

“In season 5, we’re gonna see Ella have a crisis of self, which I think will be a bit hard to watch but also very relatable — because who hasn’t had a crisis of self at some point?” Garcia told EW. “While she went a little bit to her darker side in season 4, I think in season 5 we’re going to see this unapologetic, almost real-life angel spiral a little bit with who she is and we’re gonna get to see a side of her that isn’t Susie Sunshine and hopefully every girl and every guy who watches the show will say, ‘Oof, we’ve been there.'”

Split in two parts, the 16-episode long season picks up with the Devil still in Hell while Chloe — who professed her love for him in the season 4 finale — remains heartbroken topside. As the season 5 trailer revealed, though, Lucifer’s twin brother Michael visits Earth intent on stealing Lucifer’s life.