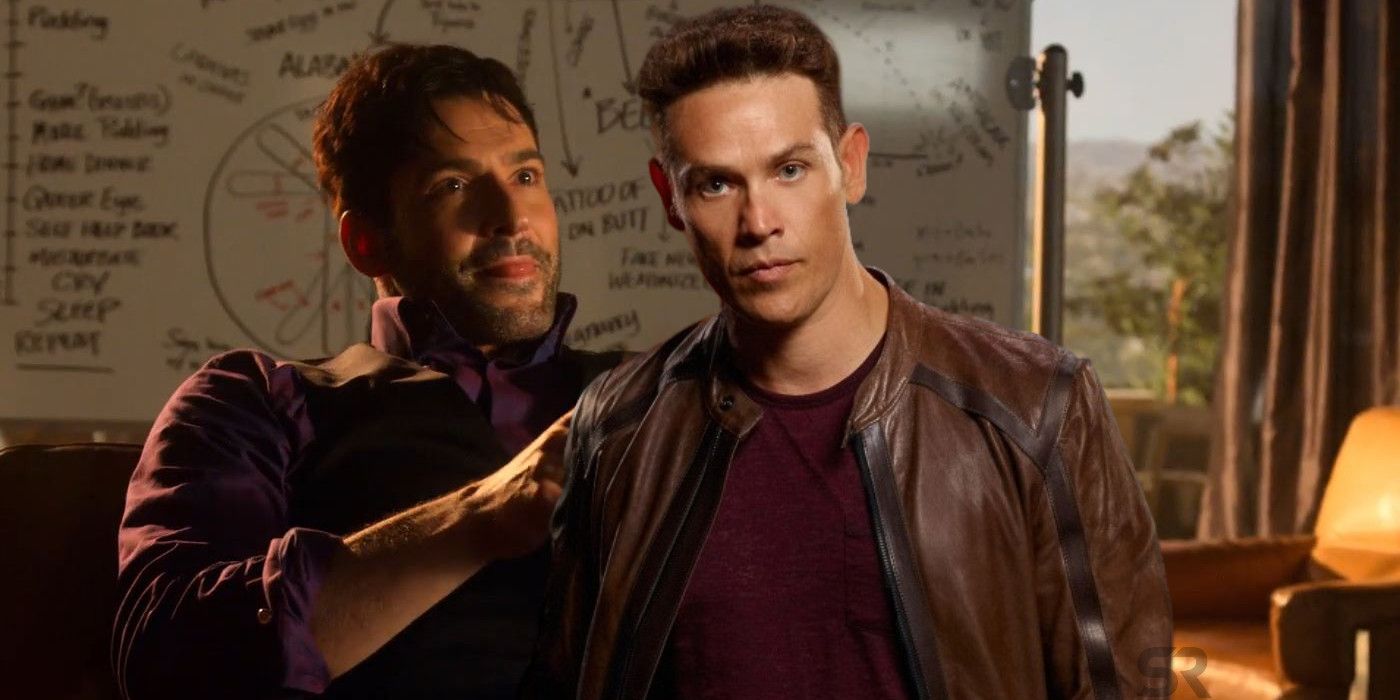 Lucifer’s new trailer for season 5b may have tipped fans off to a surprising development for the devil’s office rival Dan Espinoza when the series returns.

‘Detective Douche’ Dan Espinoza (played by Kevin Alejandro) finally learned Lucifer Morningstar’s (Tom Ellis) biggest secret in the latest season of Lucifer. When the new episodes finally arrive on Netflix in just over two weeks, he could be in for an even bigger shock.

Fans are convinced Dan Espinoza will play a pivotal role in the war for Heaven in the upcoming second half of Lucifer’s fifth season.

Netflix’s popular Biblical drama will finally return on Friday, May 28 after Part One wrapped up in August last year.

After months of waiting, subscribers were finally treated to a new trailer teasing the arrival of God (Dennis Haysbert) at the end of April.

While some have been avoiding spoilers at all costs, most fans have been devouring every frame of the new footage to devise their own theories for what’s in store over the next eight episodes.

A key moment between God and Dan has led some to believe the douchey yet sensitive detective will become much more important to the series going ahead.

In the trailer, God advises his son Lucifer to rise to Dan’s level when he discovers the detective has his own desk in the LAPD, whereas Lucifer does not.

This hilarious yet seemingly throwaway exchange has sparked some speculation that Dan could eventually become a principal figure in Heaven after God retires.

One fan took their theory to Reddit when they spotted a game-changing clue that could make their prediction even more viable.

User 3-1415LOT posted: “I got to thinking about all the angel names- Amenad-IEL, Rem-IEL, Ur-IEL.

“Dan’s name is Daniel. Dan-IEL. Which, per Google and baby books, means ‘God is my judge’.”

As far as viewers know, Dan is as human as they come and doesn’t possess any celestial knowledge or abilities to speak of.

Even so, his name follows the conventions of angelic characters like Lucifer’s brother Amenadiel (D.B. Woodside), which could turn out to be a nifty piece of foreshadowing from the series’ writers.

When God meets Lucifer’s human cohort, he could spot this connection and single Dan out as a key player in his new vision for Heaven once he steps down from his throne.

The fan continued to speculate: “Kinda hoping Dan is going to be an extra-special big deal by the end of this.

“I don’t think it’ll be as big as him becoming God 2.0, but I think it’ll be bigger than just “I know Charlotte is safe in the Silver City” type of thing.”

In the trailer, Lucifer himself seems ready to step into his old man’s shoes, though fans remain dubious about his suitability for the role.

While a hapless human such as Dan Espinoza isn’t likely to take over the position himself, Lucifer may reluctantly agree to take him on board as another voice of reason if he eventually takes over Heaven.

Moreover, his previous relationship with God’s ex-wife Goddess (Tricia Helfer) could certainly set him up for big things in the afterlife, even if he didn’t know her true identity at the time.

Luckily, there’s not long now until Lucifer finally continues, with even more opportunities for fans’ wild theories to come true in the sixth and final season still to come.