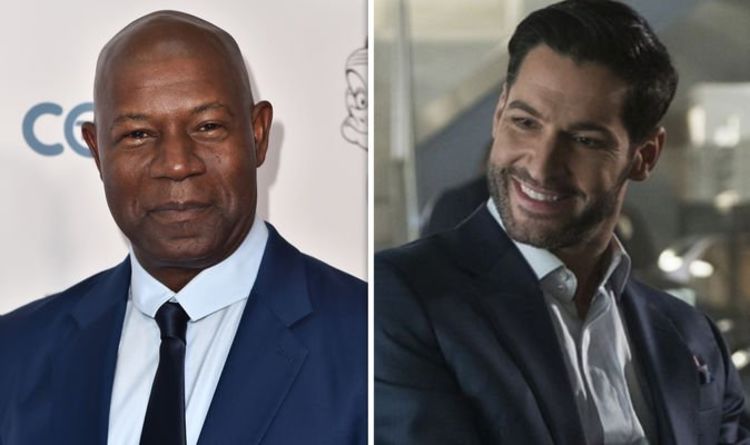 Ending Lucifer’s 5a finale with God’s arrival left its fans wondering how long the celestial Dad will stay on the show. In November 2020, the show’s Twitter teased that God will likely have an extended stay on Earth. However, God’s (Dennis Haysbert) storyline remained secret.

During an exclusive interview with CBR, Lucifer’s co-showrunner, Joe Henderson, discussed what it was like to bring Dear Old Dad to life and God’s motivation in Season 5b. When asked if the show would explore God’s regret as a father, Henderson said, “I have to say tune in to find out but know that that is definitely something that we will explore.”

Henderson shared that Lucifer’s writers worked on portraying God in a way that kept his mysteriousness alive while also deepening the journey between him and Lucifer’s failed relationship. The team opted for a “warm” God figure, not a cold, unfeeling presence.

“Well, I’ll tell you one of the main things we wanted to do, is we didn’t want God to come down and just start giving answers,” the co-showrunner said. “I think what’s so interesting about our show is that for the entirety of it, God has been this outside force, this unknowable force. So much of Season 5 has been about Lucifer reckoning with the fact that God’s not the enemy. But, God is just a father trying to do right by his son.”

“But, also, it’s been about Lucifer ping-ponging between thoughts that [God] isn’t, or is [doing right by him], and frustration over why God can’t just tell him things, which is a very relatable thought for any child who just wants their father or mother or parent to just tell them what they’re thinking.”

Ultimately, Henderson shared that the show will dig into these complications and God will be more complex than a villain or a hero. “The answer is, it’s always much more complicated than that. And so, the trick was if we’re gonna bring God down, how do we maintain the godliness? How do we make sure that he can start answering things without just volunteering everything? A lot of that is the arc of Season 5b. God’s here, but well, is he just more mysterious than ever? Or can I start actually getting the answers that I’ve wanted? That’s a big part of the story we wanted to tell.”

He clarified that while “a lot of people thought that we were making God the villain,” that isn’t the case. “To me, it’s just a father story,” he said. “Making God the hero of his own story, as we do to every character on the show, and exploring his own path of pain and heroism was incredibly important.”