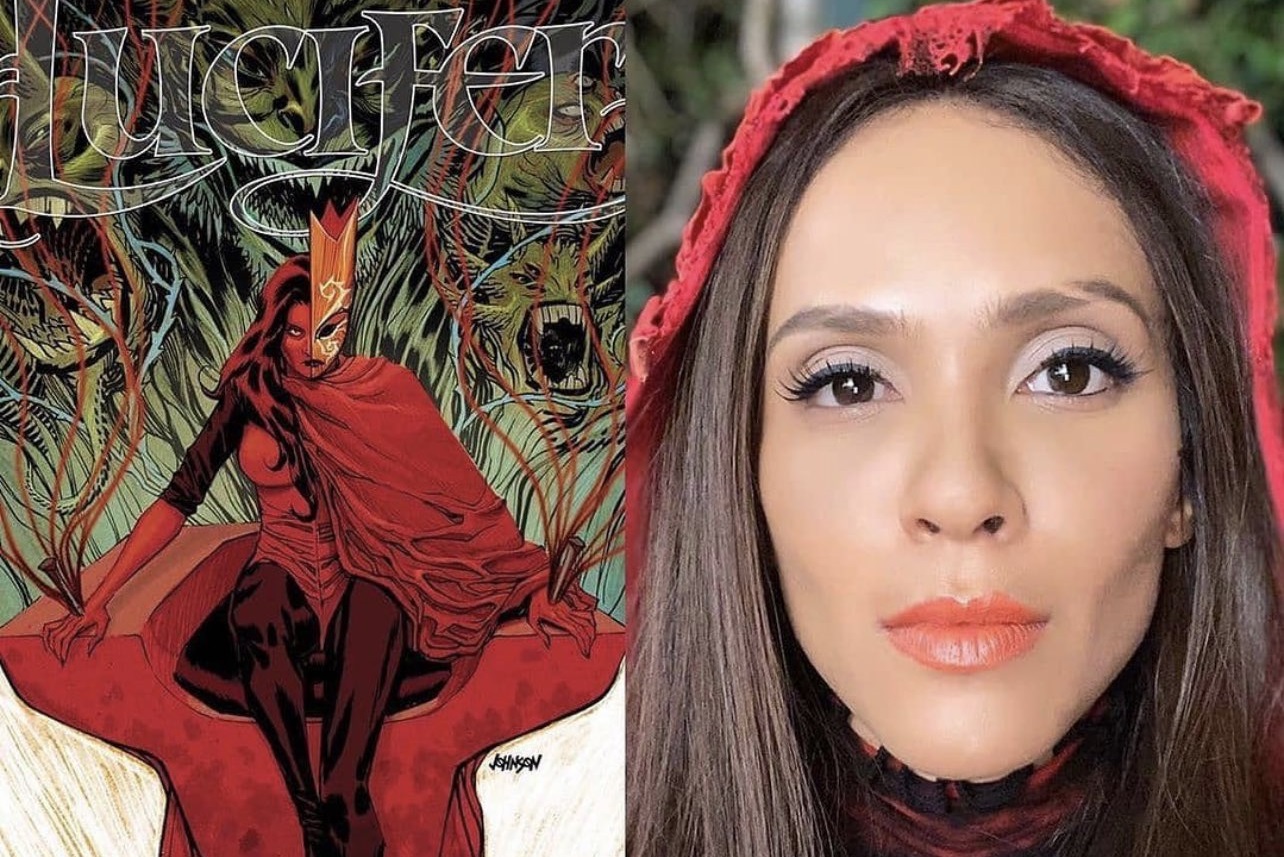 Lucifer star Lesley-Ann Brandt, who plays Maze on the show, has recently shared a photo of herself in costume ahead of the next season. The photo, which showed the star sporting a red hood alongside some artwork of her character, has already sparked a lot of discussion amongst fans. Many have been theorising that this could mean Maze will be Queen of Hell in the future.

It’s not long until the second half of Lucifer’s fifth season is set to drop on Netflix. The next eight episodes are just a few short weeks away and fans are gearing up for an epic battle between good and evil. The latest trailer for the ongoing season has teased an all-out war for the throne of Heaven.

The season is set to show a battle between Lucifer (played by Tom Ellis), Michael (also Ellis) and their father, God (Dennis Haysbert).

Lucifer will need lots of help to take back control and is set to enlist the services of Amenadiel (D.B. Woodside). Teasing ahead to upcoming storylines, Lesley-Ann shared a photo with her fans on Twitter. The image showed the actress in costume with a red hood alongside some artwork of her character, Maze.

She teased fans as she captioned the post: “Who’s ready for @LuciferNetflix?”

Upon seeing her Tweet, fans quickly responded and began speculating that the show could end with Maze ruling as the Queen of Hell. Fans on Twitter have been suggesting that Maze could replace Lucifer so he can live on Earth with his mortal love Chloe Decker (Lauren German).

One fan wrote: “Ready for the Queen of Hell and our favorite demon”

“Maze will be the Queen of hell? But how? She is not a celestial (I hope she is not Lucifer´s daughter, it was implied in season 1 they had sex in hell with each other) + how can she fly to throne so high above everybody,” another added.

A third fan wrote on Twitter: “My friggen Queen !!!! I AM READY”

Maze, also known as Mazikeen of the Lilim, is a demon from Hell who holds the form of a beautiful young woman. She’s seemingly much stronger than other demons, however, she is not as powerful as Angels.

She is the best friend and former lover of Lucifer and used to work alongside him as his chief lieutenant, servant, and assistant.

While Lucifer ruled Hell, Maze faithfully and loyally served him and tortured the souls of deceased humans. If Lucifer wins the battle for the throne against his twin-brother and father, he could pass the responsibility over to his old friend Maze. So, could Lucifer trust Maze with the throne of Hell? And would she be willing to take on the role as Queen?

Fans will have to tune in to find out what’s in store for the demon bounty hunter.