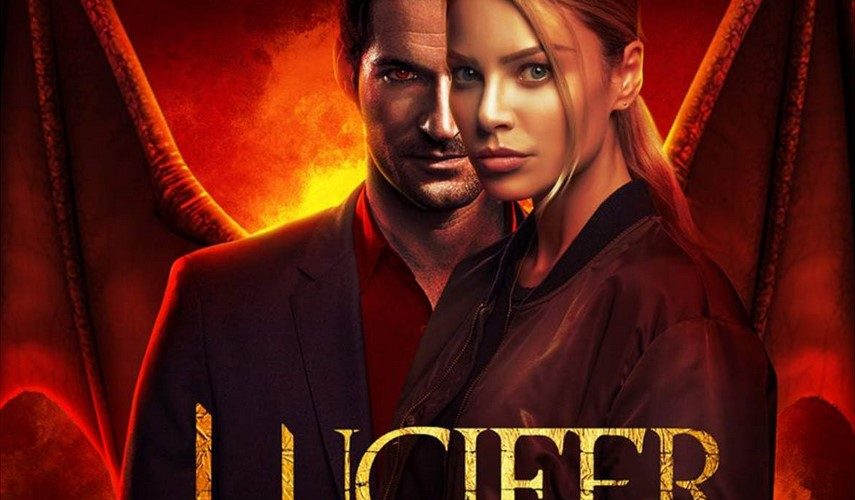 Lucifer Season 6 Episode 1
“Who wants to be tickled by Satan’s whiskers?”

Six weeks have passed, and Lucifer prepares to ascend into Heaven and begin his dream job – master of the universe. But the Devil’s having second thoughts about taking on God’s responsibilities, and “Nothing Ever Changes Around Here” cleverly sets up Lucifer’s sixth and final season to potentially explore the often unspoken desires that drive each character.

Though it was well documented that the season six episodes were completed and ready to air, conventional wisdom expected Netflix to wait much longer before releasing the series’ final ten episodes. Surprisingly, Lucifer fans had only to wait two and a half months to glimpse the aftermath of the angel-demon war which now centers around Lucifer’s reluctance to become God, and as it turns out, Mazikeen’s desire to remain on Earth rather than become Queen of Hell. However, in the end, it’s all about letting go and the inability to leave the past behind to embrace new challenges.

While much of the familiar remains in place, there are enough fresh narrative details to explore, not the least of which is the developing romantic relationship between the ultra adorable Eve (Inbar Lavi) and the angst driven demon Mazikeen (Lesley-Ann Brandt). There’s a lot to love about this season premiere, but the Hell themed dinner party Linda (Rachael Harris) and Amenadiel (D. B. Woodside) host for Eve and Maze on the evening before Maze leaves Earth to take up her duties in the underworld allows each character to shine.

In keeping with the episode’s theme, Linda can’t help but play therapist to the budding couple as they navigate the rocky waters that lie ahead, but it’s the incredibly patient and understanding Amenadiel who stands out as he recognizes that Linda’s “celestial therapy” reveals a great deal about Charlie’s mother. However, it’s his poignant reminder that “every act matters” that punctuates an evening full of beautifully awkward twists and turns. When Linda challenges Eve to consider her life as the Queen of Hell’s partner, we’re fully prepared to watch Eve reconsider her options and the relationship to implode.

Of course, that’s not what happens, and when Maze admits that she doesn’t “want to talk about it because I don’t want to go,” the result is quite unexpected. We’ve watched Maze agonize over her place in both the celestial and earthly worlds, so to watch her reject the role she seems destined to embrace reveals the depths of her personal growth. Now, we only have to wait to see if Lucifer (Tom Ellis) officiates at their wedding and Chloe (Lauren German) serves as Maid of Honor.

Like others on Team Lucifer, Linda struggles to reintegrate into a more mundane lifestyle free of celestial intrigues, and while Lucifer seems to have little difficulty walking away from his consulting job at the LAPD, Chloe finds her impending situation a bit more problematic. This episode’s murder takes place at an exclusive magicians club to which Lucifer takes Chloe on their last night in Los Angeles. Once the death defying act results in a magician’s death, Chloe can’t help herself and plays the detective one last time despite having resigned from the force.

Forensic scientist Ella Lopez’s appearance on the scene lends an air of familiarity, but it’s the dynamic interchange between Chloe’s replacement Carol Corbett (Matthew Scott Porter) and the former detective that drives the murder investigation. Though Chloe secures the crime scene, Carol tells her in the nicest way possible that not only does she have to back off, and until he determines otherwise, she and Lucifer remain suspects. Carol gracefully handles her intrusion, ultimately asking for her input. He’s a great character, and to a large extent, replaces Dan who now finds himself killing time in Hell. That said, he lacks Dan’s relationship baggage that made Chloe’s ex-husband such an easy target of Lucifer’s insecurities. It will be interesting to see whether he’s allowed inside this tightly knit group and made privy to some of their secrets.

Still, Ella’s ignorance of the celestial identities of those around her looms ominously overhead. Though Lucifer’s impatience at the crime scene stems more from a desire to continue his date with Chloe than a reticence to take over as God, it’s Ella’s heartfelt confession that God has stopped listening to her prayers that gives Lucifer pause. This may be the first time he’s actually thought through the ramifications of sitting in the Big Guy’s chair. Though he’d likely be loath to admit it, Lucifer often uses Miss Lopez (Aimee Garcia) as a human faith barometer, but this encounter with her forces him to step outside his wonder-seeker persona to acknowledge what it will really mean to walk in God’s shoes. “God needs to be selfless. He needs to care about all of humanity.” Not exactly Lucifer’s modus operandi to this point.

One of the more attractive aspects of Lucifer’s relationship with Chloe centers on his willingness to expose his emotional vulnerabilities, and here, we have to wonder whether he’s setting up a scenario in which he opts out of a Silver City return. It’s also unclear how Chloe truly feels about giving up her life on Earth, but if the “locked room mystery” shows us anything, it’s that the detective may not be ready to play God’s companion and leave her intellectual pursuits behind despite her outwardly supportive stance.

Nevertheless, it’s Lucifer’s ambiguous journey to Hell and an audience with Dan that generates the most thought provoking aspect of the season premiere. Dan raises a good point when he brings up Lee’s ascension into Heaven, but Lucifer’s lackadaisical response rings a bit hollow. Really? There’s nothing he can do for Dan? Though we learn Lucifer’s visited Dan (Kevin Alejandro) a number of times, an act in and of itself that seems a bit odd given their tumultuous relationship, it’s Lucifer’s exit that raises additional questions.

“Nothing Ever Changes Around Here” opens with a stunning shot of the white tuxedoed Lucifer driving down an LA street in his black Corvette on his way to meet Chloe for their evening on the town. It’s a wonderful scene that gives the Devil one last opportunity to engage with the common man whose desires don’t always embody the best of us. Still, it’s the final baffling image of Hell’s throne and its occupant adorned in fishnet stockings and platform boots – most certainly not Lucifer – that throws us off balance.

Since Mazikeen makes it clear she’s ready to abdicate her responsibilities as Hell’s queen, it’s unlikely she occupies Lucifer’s former seat. Dan’s observation that something’s different implies that Lucifer might play a role regarding his successor, but it’s also not known whether he knows of Maze’s plan to marry Eve and remain on Earth. It’s a puzzle.

The ironic nature of the episode’s title “Nothing Ever Changes Around Here” should not be dismissed, and while it’s true, the members of Team Lucifer may, in fact, end up returning to their former lives, nothing will ever be the same for them. There’s no question the anticipation of seeing Lucifer take up God’s mantle still looms large, but whether or not we ever witness that conclusion, the series’ writers give fans plenty to absorb and enjoy along the way. And, as we all know, the road to Hell is paved with good intentions. Too soon?