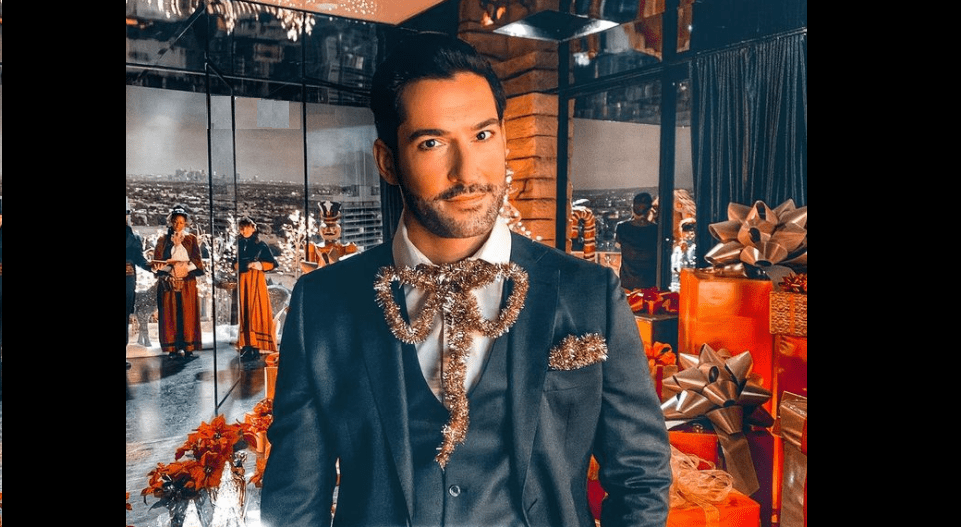 Lucifer gave the fans the second half of season 5 of Netflix in May, but some viewers are certain new episodes will hit screens before the end of the year.

Lucifer Morningstar (played by Tom Ellis) will be playing God in the next season of the popular Netflix drama. After delivering some jaw-dropping last minute twists in the recent finale, subscribers are anxiously awaiting Lucifer’s return, and an unearthed post on Instagram could have some answers.

Fans believe an upcoming Lucifer Christmas special could provide a hint for when the new episodes of the Biblical drama will finally surface.

Season 6 will sadly be the last as Netflix made the not-so surprising decision to renew the wildly successful drama for one more outing in 2020.

After devouring all eight episodes of season 5b at the end of May, ‘Lucifans’ are eagerly anticipating the show’s return for one last thrilling send-off.

In their bid to determine when exactly the next instalment will finally release, viewers have been scouring Lucifer’s social media for clues.

Way back in December last year, co-showrunner Ildy Modrovich posted an image on Instagram that seems to suggest the upcoming season will have a Christmas episode.

One eagle-eyed viewer recently dug up the old post as potential evidence season six could air this December to coincide with Lucifer’s first holiday special.

User alex_a_grey posted on Reddit: “In a few photos posted on Instagram it seems that there will be a Christmas scene in the new season (or maybe I am overthinking).”

Although the viewer admitted Modrovich’s post isn’t solid proof, the cast and crew seemed to be going all out for Christmas last year as her December post revealed the set had their very own Santa.

Their speculation suggested Santa may actually appear in the upcoming sixth season, meaning a later 2021 or very early 2022 release date could be likely.

Modrovich didn’t confirm Lucifer will indeed be getting into the holiday spirit, though there was plenty of speculation in the comments.

One fan even replied: “Haha finally a Christmas episode!”

And another speculated: “I can’t wait to see what you guys have planned!! I hope it’s a present we get to open for Christmas.”

The original Redditor also mentioned rumours of a DB Woodside-directed episode serving as a bottle episode to let Lucifer and his friends wind down before the series finale.

They continued: “So maybe the bottle episode takes place during Christmas (it would be a great setting for it)?

“If so, wouldn’t the series be released just before Christmas?”

If a seasonal special is indeed on the cards, it would make sense for Netflix to unleash Lucifer’s final adventure a few days before Christmas officially starts.

One fan wrote: “There was something going around where it had some Netflix shows release dates. Looked like Lucifer season 6 might be coming in January.”

Series stars Aimee Garcia and DB Woodside have also shown support for a 2021 release for season six, but fans will just have to hold tight until the streamer gives an official announcement.