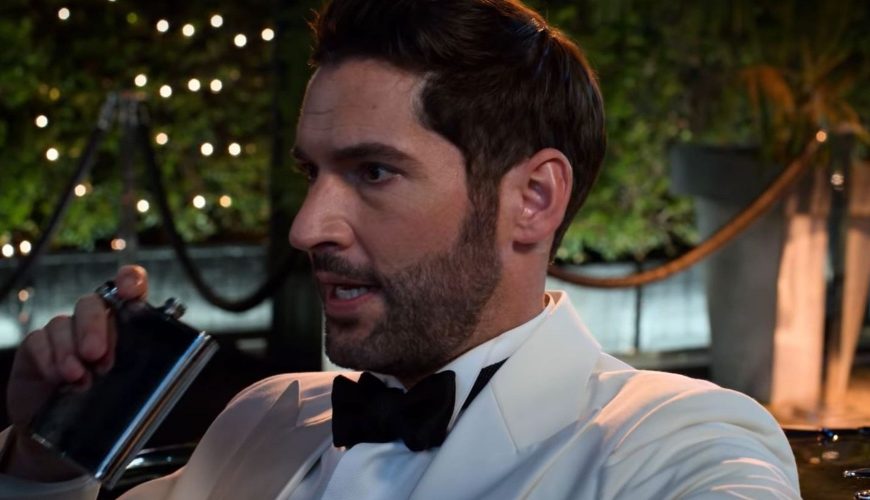 Lucifer Season 6’s first teaser dropped on Saturday, and fans might have noticed something similar. If you saw the new scene tagged on at the end of the date announcement, you will know that Lucifer Morningstar (Tom Ellis) gets pulled over by a cop.

This mirrors the show’s first scene, which first aired back in 2016 when the show was still on FOX. In fact, the Lucifer team even brought back the actor behind the cop, Matt Corboy, for the scene.

In the original “Pilot” scene, the cop, named Officer Diggs, pulls over Lucifer, who is speeding through the streets of Los Angeles in his 1962 C1 Corvette. It’s in this scene that we first get an idea of Lucifer’s swagger, confidence, mystical powers and dark origins.

“Well obviously you felt the need to exercise your limited powers and punish me for ignoring the speed limit,” Lucifer tells the cop. “It’s OK, I understand. You see I like to punish people, too, to at least, I used to.”

Lucifer then compels Officer Diggs to confess one of his wrongdoings and take a bribe. The nightclub owner then peels out in his car, which has a license plate that reads “FALL1N1” and expired tags that read December 2015.

In this revamped moment from Season 6, Officer Diggs pulls Lucifer over once more. Lucifer, now dressed in a white tuxedo as opposed to his typical dark-colored ensembles, is obviously distraught. He takes a swig of a flask while apologizing to the cop.

He explains that this is his final night in L.A., meaning Lucifer might actually leave his adopted home for good given his new responsibilities. He peels off once again, with the tags now expiring in September 2021, the release month of the new season.

Lucifer Season 6 will premiere Sept. 10 on Netflix. In the meantime, all past episodes of Lucifer are available to binge on Netflix. The show itself is based on the DC Comics character Lucifer Morningstar, who was created by Neil Gaiman, Sam Keith and Mike Dringenberg.