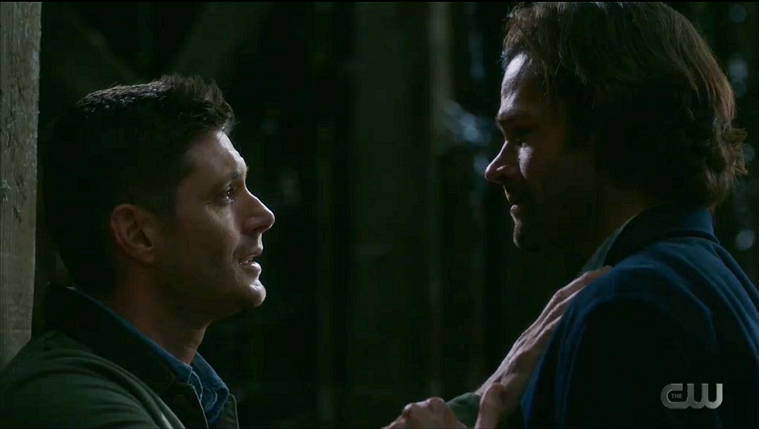 While beloved characters have come and gone (emphasis on the “gone”) on Supernatural, Sam and Dean Winchester have been together since day one. The two brothers are the core that the whole show is built around: Saving people, hunting things — it’s the family business — and of course, family is the overarching theme here.

Together, they fight everything from a simple vampire to literal God over the course of the series’ whopping 15-season run. Through it all, their disagreements fuel many of the show’s conflicts outside of the endless stream of world-ending scenarios. Even next to angels, demons, and every monster under the sun, Supernatural always comes back to the dynamic between Sam and Dean.

Dean, played by Jensen Ackles, is the older of the two by four years. He’s defined by his unshakeable love for his ’67 Chevy Impala, classic rock, and burgers, combined with his equally unshakeable desire to save people. Sam, played by Jared Padalecki, is the younger brother. He’s the nerdy-yet-rebellious one, who left home to go to college and become a lawyer. (Yup, law school is how you rebel in the Winchester Family.) They’ve been in each other’s lives for as long as they can remember, but their sibling relationship isn’t as simple as a typical fraternal bond.

Dean is overprotective of Sam because he essentially raised him 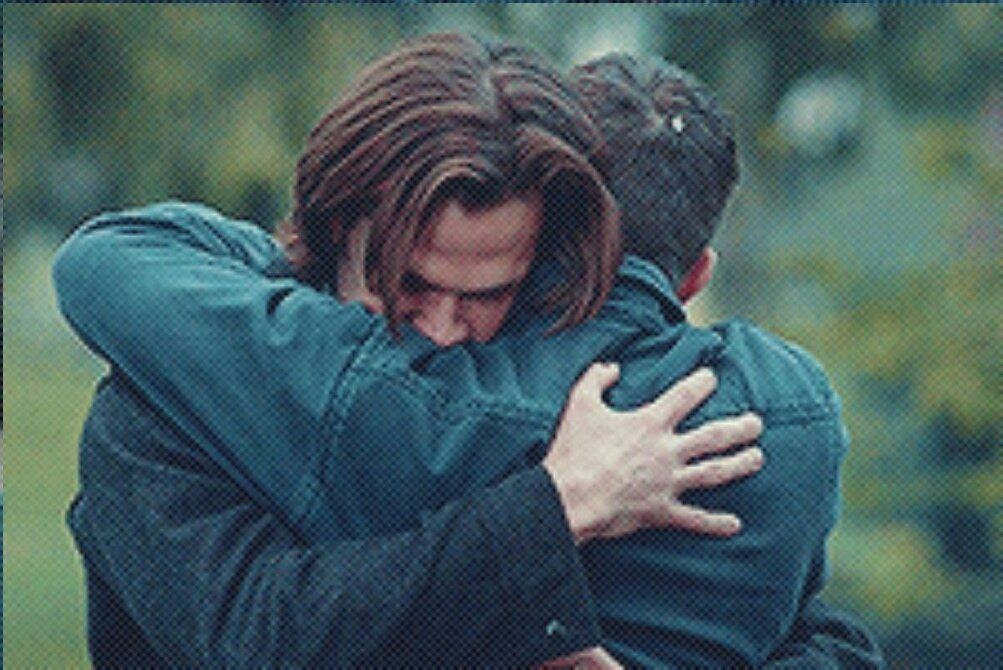 Ever since he was four years old, Dean’s been charged with protecting Sam. After their mother was killed by a demon, Dean was forced to grow up quickly to accommodate their often absent father, and thus was thrust into the role of surrogate parent to Sam. He taught Sam much of what he knows, and was the only one there during pivotal moments of Sam’s childhood.

Raising a younger sibling would be a big enough responsibility for any child, but Dean’s charge turns into a truly monumental burden thanks to their family’s particular line of work. Even once they’re grown up, Dean does everything in his power to protect his little brother — whether that’s making a deal with a demon, or putting other people’s lives on the line. As a result of spending almost all of their time with each other growing up — their father (Jeffrey Dean Morgan) frequently left them alone to hunt — they formed an exceptional bond.

Some might say it’s a codependent bond. The word’s come up a time or two on the show, but we’re not here to judge.

Sam and Dean have different relationships with their parents 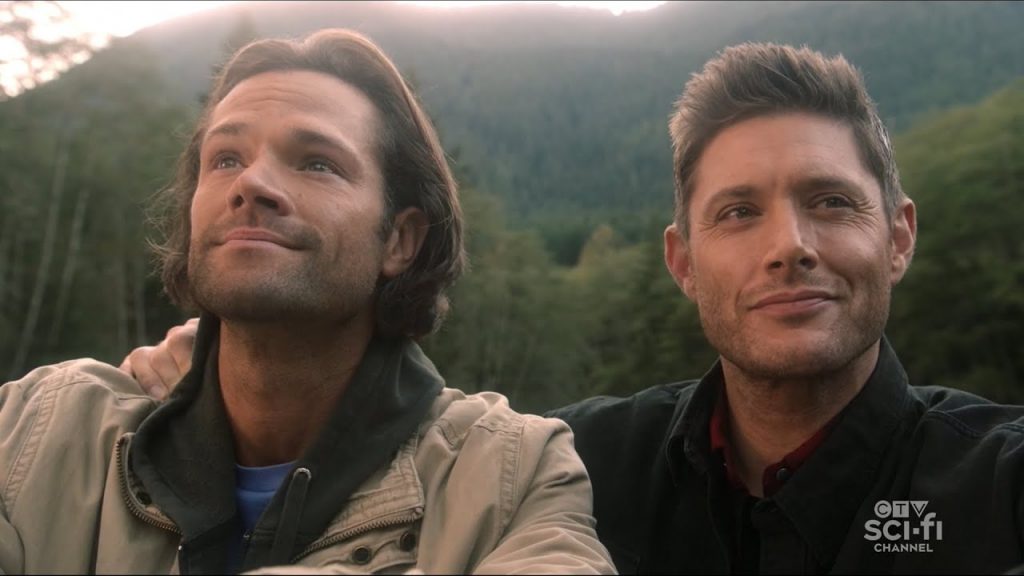 One of the crucial differences between Sam and Dean is how they each relate to their parents. From the beginning, Dean has memories of their mother, Mary (Samantha Smith), that Sam lacks, because he was simply too young when she died. This becomes a significant plot point o the show, as Dean is often portrayed as having a stronger connection to Mary — which only becomes weird and complicated once she’s resurrected for him by God’s sister, Amara (Emily Swallow).

While they both grow to have loving relationships with Mary for a while in the later seasons, it’s their dad who truly separates the two. Sam long resented his dad for raising the pair of them as nomadic hunters in search of vengeance for their mom. He wanted a normal life, leading him to run away and go to college. Dean, on the other hand, idolized their father and wanted to be just like him. He liked the life of a hunter, even if his interest in it wavered at times. Perhaps it was Sam’s lack of a relationship with Mary that made him lean toward abandoning the quest for vengeance, though, because once his girlfriend is killed, he fully commits to the hunter lifestyle.

Their differing opinions regarding John and hunting are reflected in their respective endings: Dean gets a hunter’s death, while Sam gets the normal life he’s always wanted.

Sam and Dean are always willing to die for each other 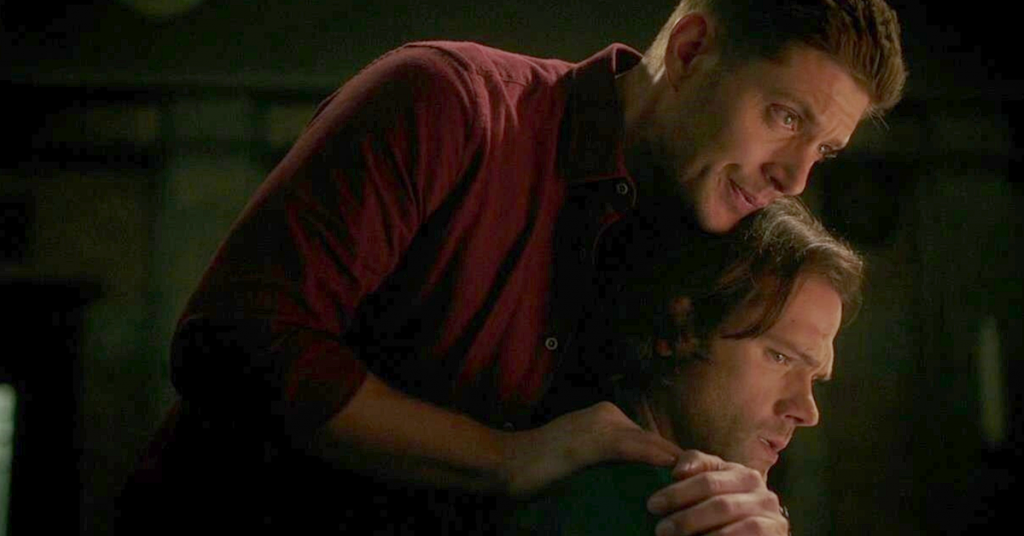 If there’s one thing to know about Sam and Dean, it’s that they’ll literally die for each other. It’s impossible to count the amount of times this has come up in the series’ 327 episodes, and their mutual acts of sacrifice became a well-worn trope by the end. What began with John telling Dean to protect Sam, became self-destructive after Sam died (the first time) in season 2. To fulfill his obligation, Dean sold his soul to bring his brother back to life. This selfless act sets up the endless cycle of sacrifice and rebirth that perhaps provides the longest line of dramatic tension on the show. Even if the entire world is at stake, Sam and Dean will always look for a way to save each other first.

The undying devotion to each other stems from the fact that Sam and Dean are often in the position of being each other’s only blood connection — except when their dead parents or grandparents are resurrected — so it’s an unshakeable bond, despite the occasional grievance. And okay, it isn’t just the family thing. Neither one of them shows the same level of dedication to their half-brother Adam (Jake Abel). Their bond is more nurture than nature. In truth, neither Sam nor Dean can imagine life without the other, since they’ve (almost) always been together. They want the best for each other, and sometimes the “best” is just continuing to live.

They were destined to kill each other

Despite the inclination to self-sacrifice for each other, Sam and Dean were actually destined to kill each other during the Apocalypse. The Winchester timeline is more than a little confusing, but their story goes all the way back to the beginning.

Once the series introduced angels in season 4, the whole story got a lot more Biblical. As it turns out, Sam and Dean are descendants of Cain, the first murderer and the son of Adam and Eve. Upon meeting him, Cain (Timothy Omundson) told Dean that he killed his brother Abel as part of a deal to ensure Abel’s soul went to Heaven, while Cain’s went to Hell. It was in an effort to save Abel from the corrupting influence of Lucifer. Hmm, sound familiar? Sam’s long been the brother threatened with corruption, between his demon blood addiction and his entanglement with Lucifer (Mark Pellegrino).

Well, as it turns out, Cain’s deal with Lucifer is what doomed Sam and Dean to become the perfect vessels for the archangels Lucifer and Michael, respectively. Archangel Gabriel says about the Apocalypse in season 5, “It’s about two brothers that loved each other and betrayed each other.” He goes on to compare Dean to “Michael, the big brother, loyal to an absent father,” and Sam to “Lucifer, the little brother, rebellious of daddy’s plan.” He finishes with the revelation neither of them want: “One brother has to kill the other.”

But of course, as Team Free Will, Sam and Dean aren’t having that. Instead of killing each other during the official Apocalypse orchestrated by the angels and demons, Sam ends up sacrificing himself to save the world (and Dean, of course).

Sam and Dean finally say goodbye, but reunite in Heaven

Sam and Dean have plenty of arguments that drive them apart, but in the end they always come back to each other. Of course, that’s exactly how Supernatural ends.

The series culminates in a completely meta storyline in which they discover that God has been running the show since forever in an effort to make an interesting story. God takes on the role of Supernatural’s writers, as he’s blamed for putting them through every horrible hardship they’ve faced for their entire lives. Well, once they finally take away God’s power, Dean no longer has plot armor, and thus dies like a normal hunter would — in a tiff with a couple of vampires. He tells Sam to let him go, and their cycle of valiant self-destruction finally comes to an end.

Sam, meanwhile, goes on to live his relatively normal life, and names his son after Dean. However, when Sam finally dies of old age, he’s reunited with his brother in Heaven. They’re back together again; this time, forever.