Lucifer Season 6: Viewers Spot a Detail About Chloe Decker That Has Some Worried 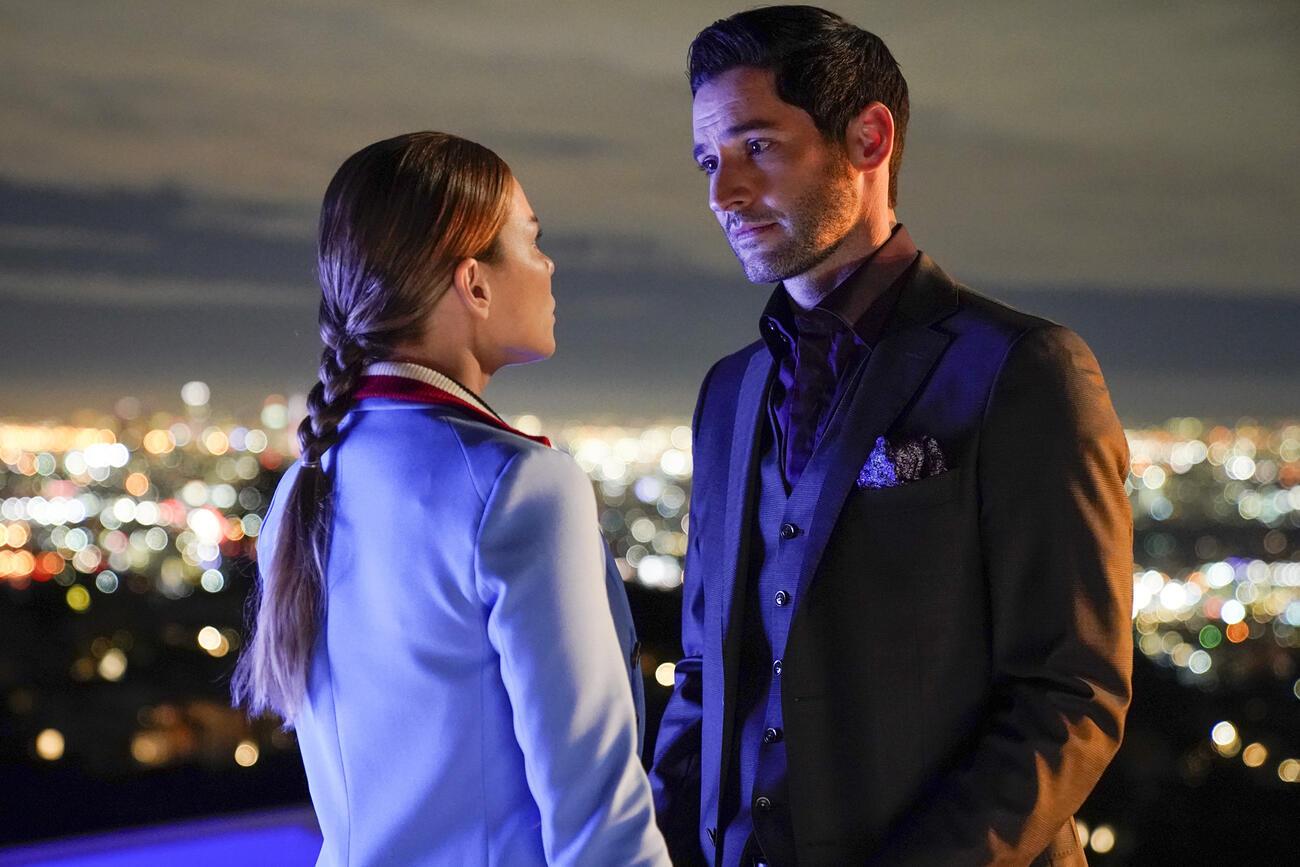 Lucifer ended season 5 with a twist that no one saw coming for the fallen angel. After an angelic family feud spiraled out of control, Dee-tec-tive Chloe Decker’s life hung in the balance. Lucifer and his father sorted through some of their issues, and God (Dennis Haysbert) came, saw, loved, and left without conquering anything other than karaoke.

Season 6 of the TV show will place Lucifer in a new position. But as his love story unfolds, some fans are worried about Chloe’s fate and Deckerstar.

Some Lucifans think Chloe will age without Lucifer

For a moment, a few Lucifer fans gathered on social media during the weekend of July 10 after making a small discovery. In a now-removed entry on IMDb, an actor was listed as “Elderly Chloe” in an episode titled, “Partners for Life.” Some folks began circulating a screenshot of it on Twitter and Reddit, sparking discussions about what will happen to Chloe in season 6.

Will she grow old without Lucifer? Will they marry and grow old together without Lucifer’s immortality? Will we see Lucifer in a sweater? A segment of fans are concerned that Lucifer will relocate to Heaven and leave Chloe on Earth to live out her days alongside Trixie.

With his new divine role, it’s unclear whether he’ll stick to Los Angeles, live between realms, or permanently move to the Silver City. If he stays, he probably won’t age unless he magically changes his appearance, or gives up his immortality. Therefore, they may separate.

On Reddit, one fan wrote, “I hope it’s not something where Chloe grows really old and dies and they reunite in heaven. Idk why that ending would annoy me. However I have full faith in the writers that they will give us a satisfying ending.”

Another added, “Well I already kinda guessed (from all the spoilers) that Lucifer will not be mortal and Chloe will not be immortal so what other option do they have? If Lucifer stays with her as she grew old well then it is not a good ending for me 🙁 but if he has to leave for heaven and leave chloe to live a life without him just to reunite with her in heaven, well that ending would be worse so I try to trust the writers but I cannot imagine an ending that will satisfy me :(.”

Not everyone thinks Chloe will age forward without Lucifer. One idea is that the series will do some sort of time jump or glimpse into the future, and that would explain an older version of the character. A few fans think Lucifer will go the Supernatural route and have Chloe live happily with Lucifer before dying and being with him in Heaven too.

One Redditor summed it up as, “Maybe lucifer and Chloe live happily ever after and she gets old, die , go to heaven and they stay together for eternity.” If that’s the case, then he’ll face the same dilemma as Cain and watch those he loves grow old and die.

Lucifer Season 5 had a different ending

Team Lucifer already started filming season 5 when they received word that the show would receive another installment. Season 6 is the last gift from Netflix, but Tom Ellis and Lucifer showrunners Joe Henderson and Ildy Modrovich have all said the original season 5 ending changed.

Lucifans – thought you might like to take Deckerstar with you everywhere you go so enjoy these brand new Lucifer phone skins pic.twitter.com/UPBQKuVeWw

What viewers saw at the end was not the way the story wrapped, but season 6 presents an opportunity to tie up all loose ends once and for all. Fans will have to wait and see what becomes of Dan, Maze, Amenadiel, Ella, Trixie, Linda, and of course, Deckerstar.