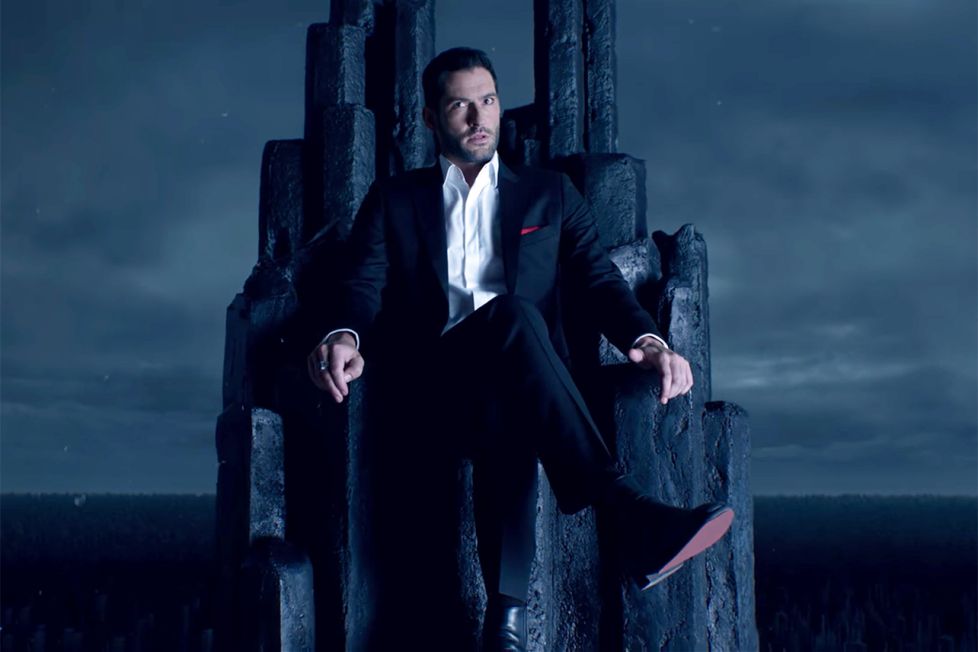 Lucifer showrunner Joe Henderson appeared to reveal some details about the titular character’s impending disappearance in a tweet.

Henderson recently reposted a compilation of footage featuring Los Angeles Police Detective Chloe Decker kicking butt, taking names and winning the devil’s heart. While the footage was originally posted on the series’ Twitter account, Henderson added the caption, “Why, that almost looks like new footage at the end…” with a smiling devil emoji.

Why, that almost looks like new footage at the end… 😈 #Lucifer https://t.co/yiUy5J3pAl

The footage that Henderson appeared to be referencing showed Detective Decker walking into a chaotic police station and asking, “Have you seen Lucifer?”

Season 5, Part 1 of Lucifer came to a climax with a major cliffhanger brawl between Michael, Maze, Amanadiel and Lucifer. In the scene, fans finally got the chance to meet “Dear Old Dad” — aka God — when he descended from Heaven to keep his celestial children from fighting.

The role of God was portrayed by Dennis Haysbert, who is expected to reprise the role in Lucifer’s second half of Season 5. In fact, following Haybert’s debut in the mid-season finale, the Lucifer account tweeted, “When could the release date of 5B possibly be? We can’t reveal that but what we can reveal: get ready for ***’s extended stay on *****.” Lucifans were quick to realize that the tweet most likely meant to say “God’s extended stay on Earth.” The Twitter account also teased in recent weeks that two major characters will be headed to therapy in the latter half of Season 5. Some fans suspect that Lucifer and his absentee father might schedule a visit with Dr. Linda Martin.

The teaser from Henderson arrived nearly two months after former Supernatural actor Mark Sheppard suggested on Twitter that he might be joining the Netflix series in Season 6.

The first half of Lucifer’s Season 5 is streaming now on Netflix. In October, the series announced that part two of Season 5 (Episodes 9-16) will debut saoon. The cast and crew also revealed at that time that principal photography on Season 6 had officially begun — continuing right from filming the last episodes of Season 5. Season 6 will be the series’ last.