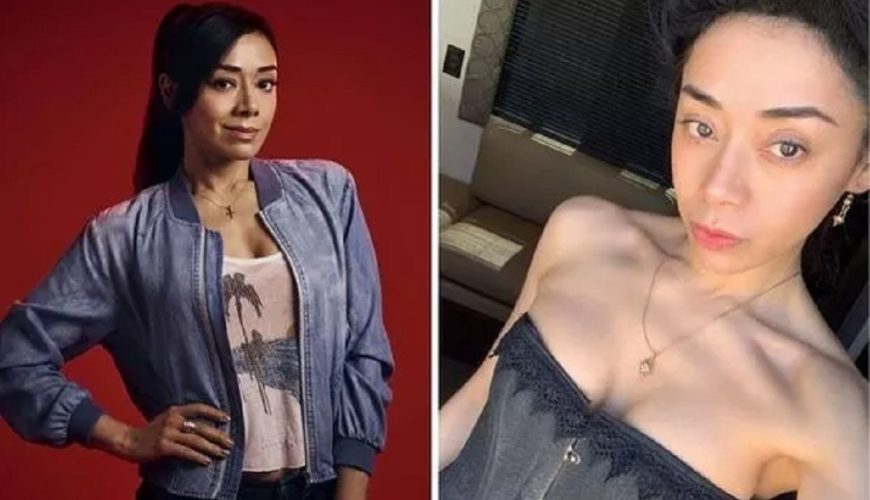 Lucifer recently came to a close on Netflix and the stars are now all pursuing new projects. Aimee Garcia starred as Ella Lopez in the series and has been teasing her fans with a cryptic video on her Instagram. After staying quiet on social media for a number of weeks, the new video hints at her next role.

Lucifer came to an end in September, with season six being the final instalment of the biblical series. It was a bittersweet moment for fans, who after enjoying the characters after so many years found it hard to let them go.

The stars behind the characters are just as loved by viewers, and they have been keeping their fans up to date on their next projects on social media.

Everyone but Aimee Garcia though, as the star has been suspiciously silent since Lucifer. That is until this week when Garcia finally dropped a clue at what her next project might be.

In a video shared to Instagram, the star showed off some impressive dance moves, hinting at an even bigger announcement around the corner.

Garcia captioned the post: “Been quite on social media cuz I’ve been werkin on an exciting new project I can’t wait to share.

“Throwback to Day One of training …. Announcement coming soon.” (sic) It’s been over five weeks since Garcia shared an update on social media, with the new post causing fans to go wild with excitement, with Aleggia_alvitez writing: “Can’t wait! [love heart emoji]”

Marcelakartas replied: “Keep on growing! Keep on shinning! Leep on being an example for other Latinas!! (sic)

“Quite moves you got there Aimee,” Cherrybun3 added.

According to Garcia’s IMDb profile, she currently has three projects in development. The first is an animated feature titled Saurus City, with Garcia providing the voice of Elsabeth – Raptor Knight. Her next project is Murder at Emigrant Gulch, a film about a former slave’s search for a new home in a town in decline.

Garcia’s role is currently untiled, making the most likely candidate for her teased project Holiday in Santa Fe. This is a Christmas movie about a greeting card executive arriving in town and falling in love. Garcia is set to play Magdalena Ortega, though the details of the role are unconfirmed.

However, Garcia’s Instagram post is more likely an unannounced project, with an announcement expected in the coming days.

My name is Damyan Ivanov and i was born in 1998 in Varna, Bulgaria. Graduated high school in 2016 and since then i'm working on wordpress news websites.
Aimee Garcia, Lucifer, Lucifer 6, Lucifer finale, Lucifer Season 6, News, TV Series