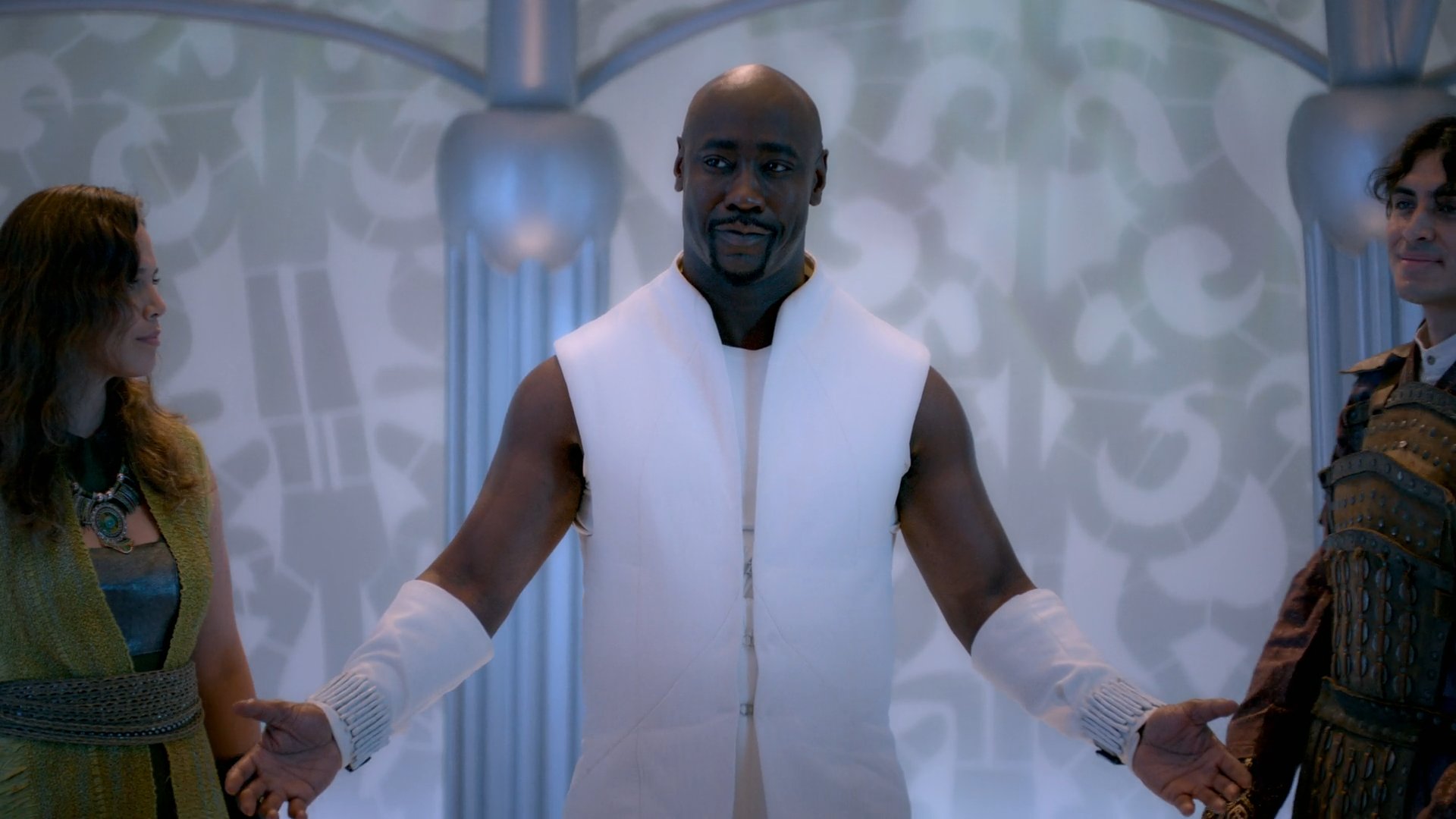 DB Woodside, best known as the angel Amenadiel, took to Twitter on Thursday to announce some thrilling news. After working with Netflix for three seasons of Lucifer, which originally aired on the Fox network, he’ll be teaming up with the streamer again next year for a brand new series.

The Lucifer regular has already landed a major new role away from the series after wrapping up the sixth and final season earlier this year. He announced the news on his personal Twitter page, though unfortunately details about the show are being kept under wraps.

“Looks like your boy will be headed back to work with @netflix on a brand new series in the spring!”

“When I can tell y’all more I will,” DB added with a winking emoji.

So far, the plot, characters, cast and title for the new series have still not been revealed. However, it’s hoped more details will be unveiled after the festive period.

DB’s archangel Amenadiel was first introduced in season one of Lucifer, alongside Tom Ellis as the titular devil and his detective partner Chloe Decker (played by Lauren German). He remained a constant presence throughout the show, helping his brother fight off celestial threats, including the devil’s twin brother Michael.

At the end of the series, he fulfilled his destiny by ascending to the throne of Heaven, whilst Lucifer remained in Hell to help save lost souls.

Having become one of the most popular and successful properties in Netflix’s repertoire, Lucifer fans are undoubtedly eager to see what the cast does next.

His long-running role in Lucifer has catapulted him to stardom, though, so it’s only a matter of time before he’s seen in more live action projects.

DB’s legion of followers were naturally thrilled by his latest news, and took to the comments to congratulate him.

“Now you got me curious!! Looking forward to seeing your new series! I know it’s going to be awesome!!!”

And Skylar asked: “Will you be directing or acting or …. both?

It’s unclear if DB will be in front of or behind the camera in the new series, but Netflix should be delivering some more updates on the series in 2022.