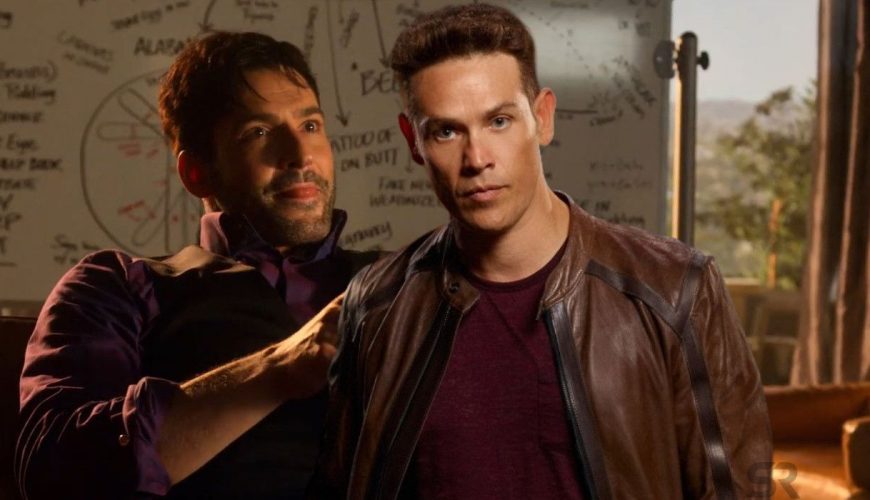 Lucifer Season 6 is coming to Netflix on Friday, September 10. Sadly, the sixth series will also be the show’s final outing, with the cast and crew bowing out after almost a decade on screen. Kevin Alejandro originally left the hit series during Season 5, after his character was brutally killed by French hitman Vincent Le Mec (played by Rob Benedict).

To make matters worse, in the Season 5 finale — which was originally intended to be the show’s last ever episode — it was revealed Dan had ended up in inferno, embarking on a life of lonely and insufferable hell loop.

However, everything changed when Netflix decided to reverse its decision to cancel Lucifer and bring it back for one “final, final” season, leaving big question marks over Alejandro’s future on the show.

Thankfully, there is good news for Lucifer and Detective Dan Espinoza fans: Alejandro will return as Dan in Season 6, but “not in the way you think”, the actor teased in a chat with Newsweek.

Giving a spoiler-free summary on his character’s return, Alejandro said: “Dan is back. Maybe. Kinda. Dan is back but not the way you think he is back.”

He added: “I think Dan is probably one of the characters who grew the most, who had one of the biggest arcs. If you follow it from where he started to where he ended, I think that they did such a really good job of wrapping up who he is and I was excited to come back because I want to be, I want to be there to the very end.”

For now, fans have been treated to images of Dan watching over Amenadiel (D.B. Woodside) in police uniform, leading many fans to think the former will be back to act as a mentor figure for Amenadiel. Many others think Dan will appear in flashback scenes, alternative universes, or as figments of the imagination. One thing is for sure, Lucifer fans are still recovering from Dan’s traumatizing death in Season 5, Episode 15, and the hospital scenes with Trixie, which were heartbreaking to watch.

Despite the upset Dan’s death would cause, Alejandro was adamant it was the right thing to do.

He shared with Newsweek: “That was a joint communication, sort of idea between me and [showrunners] Joe [Henderson] and Idly [Modrovich]. From my crazy memory, we had talked [about it]. The writers always, before we start the season, always get us all together individually so that they can give us an idea of what they have in mind and I remember having a conversation with Joe and Idly and I brought up the [idea] ‘I think the audience is just now starting to grow to like Dan and not only like him, but accept him for who he is, he’s growing on them. Wouldn’t it be an interesting choice if we took him away?’

“Since it’s the end [of the show] I basically was like, ‘I would not be offended if that was the direction you guys wanted to go in and they thought about it and said ‘you know what? That’s not a terrible idea,'” recalled Alejandro.

“Maybe they were already thinking it. I’m not sure,” he joked, “but I thought it would be a good way to out and I think they did too. Then all of a sudden, we did it, and then we got a call [from Netflix] saying ‘Hey we changed our minds’ and immediately I’m on the phone going ‘guys, you killed me. What’s going on?'”

The show’s renewal was a blessing in disguise, as thankfully Alejandro was able to finish his Lucifer journey (once again) with the rest of the cast.

He shared: “Joe and Idly were very, very cool and said that they knew of a way for me to continue to be with them to the end and I said ‘absolutely I’m wanting to be there to the very end, I was there from the start I want to see it all, I want to be with you guys’. And they were kind enough to make that happen.”

Alejandro was also able to direct two episodes in the final series, something which he remains very passionate about.

He said: “I got so lucky that our people and our team trusted me enough to handle the responsibility of big episodes, like season premieres and penultimate season finales and hellos and goodbyes and introductions of God. Like those kinds of things, those are big responsibilities and I’m honored that they trusted me to do that.”

Luckily, fans do not have too long to wait to see Alejandro in front and behind the camera when Lucifer Season 6 drops on Friday, September 10.

The first 3 seasons of Lucifer are streaming on Amazon Prime now and seasons 4 and 5 are available via Netflix.