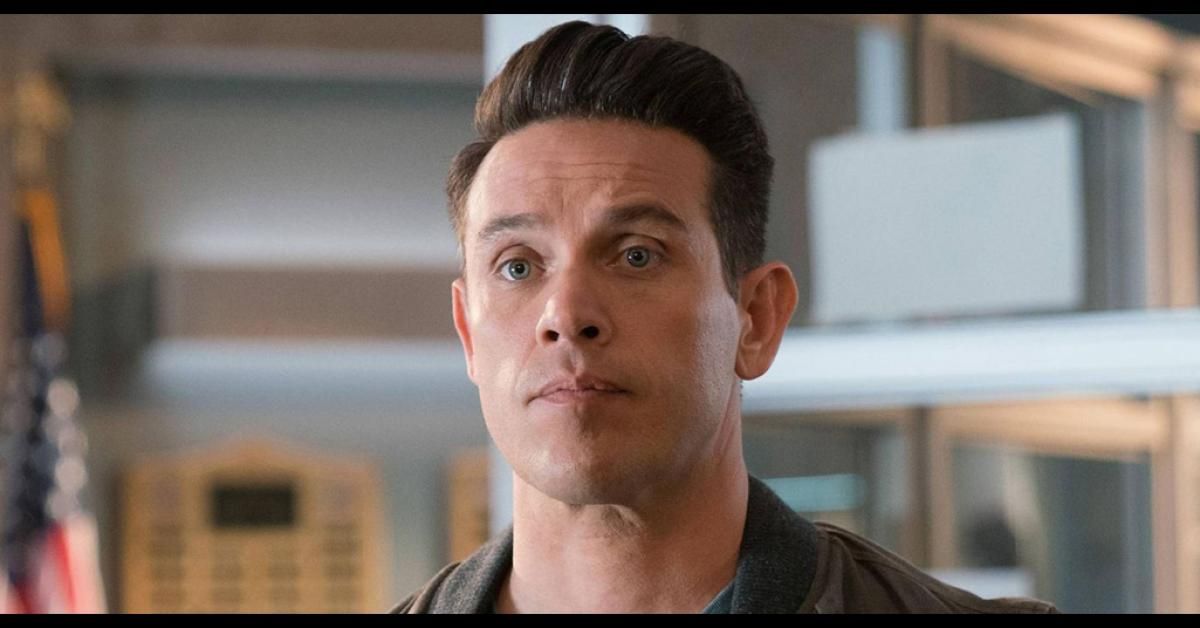 (Warning: This post contains major spoilers through Episode 515 of “Lucifer.”)

Kevin Alejandro’s “Lucifer” character, detective Dan Espinoza, really went through the full spectrum of human emotion — and took fans along for the ride — in the Netflix drama’s Season 5B, as Dan is at the center of the installment’s funniest hour and its biggest tearjerker a few episodes later.

First, let’s talk about the funny, in the aptly titled, “Dan Espinoza: Naked and Afraid,” which is an entire episode devoted to an series of unfortunate events Dan experiences on a wild case that turn out to all be orchestrated by Lucifer (Tom Ellis) as his revenge for Dan shooting him.

. And after every page turn, I was like, ‘What else could happen to this dude? Oh, of course that happened!’Anybody who gets the opportunity to, first of all, have an entire episode about who they are, you jump at the chance because you don’t get a lot of opportunities like that. And I loved it. I was exhausted though. I think I had just finished directing or was in post or something, and then into every night of memorizing lines and it was very heavily dialogue driven, as well. But it was a great opportunity and I loved it.”

You’d think the moral at the end of the story would have been something quite profound, which is what Dan was looking for until Lucifer informed him that, nope, it was all retribution for shooting him: “What he did is so absurd, but you know what — don’t mess with the Devil,” Alejandro said.

Now to the much, much more upsetting Dan moment toward the end of Episode 515, “Is This Really How It’s Going To End?!,” where Dan is tragically killed as a result of Lucifer’s twin, Michael (Ellis), meddling in the his brother’s affairs.

Alejandro says that Dan’s death was a plot point he first raised himself with “Lucifer” showrunners Joe Henderson and Ildy Modrovich.

“I’ll tell you the way I remember, I’m not sure exactly how they remember it. But when it comes to a big decision like that, when you when you’re inevitably going to end the character, there’s a whole conversation that does happen, especially if there’s a genuine respect between each other, which which we all have,” Alejandro, who has been playing the role of Dan, Chloe Decker’s (Lauren German), since “Lucifer’s” first season, way back during the show’s initial three-season run on Fox. “And keep in mind, when we were doing Season 5, we got the announcement that that was going to be our our finale. That was that was our series finale. So we all knew this was our opportunity to end the show how we wanted. And I remember talking to them and saying, ‘You know, I’m not sure what you guys are thinking, but in my opinion, what might be interesting for my character would be, the audience is just now starting to understand him and also, they’re starting to like him. And like in real life, when we go through a journey where we’re making relationships, sometimes those relationships are just ripped from us for no reason. And I think and it might be impactful if Dan were to die.’ And they thought about it for a little bit and came back a couple of days later, like, I think that’s where we’re going to go with that. It was the end of the show, it was it, it was final. So we all knew, everyone understood that that was going to happen.”

Of course, God — or maybe the Devil — had other plans and not long after Dan’s death had been captured for what was then the final season of “Lucifer,” Netflix renewed the show for a sixth and final, final season.

“And then, you know, on one of our last few days of shooting, we got word, ‘Hey, Netflix changed their mind, they want to give us another one.’ And I was like, I just killed myself!” Alejandro told TheWrap, laughing. “But Joe and Ildy were just both so amazing and understood. They were like, look, Kevin, we know how to bring you back, if this is something that you want. And absolutely, I want to finish the journey. I started on this show, not from the pilot, but from Day 1 of the actual show pickup. And I went through all the ups and downs that our show has experienced, from changing networks to being canceled, to being picked up, and from one finale to the next. And I wanted to end the show with everybody. And I think they wanted me to be part of it, too. And they found a really interesting, great way to add me back to the show that didn’t seem arbitrary in any kind of way or just strange, whether it be a big role in the show or small role, I at least got to finish it up with them.”

So yes, Dan will be in Season 6, Alejandro confirms, “just not the way you expect him to be.” And we honestly don’t know how we expect him to be at the moment, seeing as we learned at the end of Season 5B that not only is Dan dead, but he has gone to Hell because he couldn’t get over his own guilt about some choices he made.

“That’s a big mystery for Dan himself. I think that’s one of the things that we’re going to explore in the final season, is getting to the root of what choices he’s made in his life choices that affected his inevitable ending,” Alejandro said. “And it’s a genuine struggle that we all go through in real life. We all try to do things for the right reasons and end up hurting someone or hurting ourselves, not realizing that’s going to be the result. So that’s one of the things that I like about what Joe and Ildy, and all of our writing staff, has done in giving each character a genuine journey. No page is left unturned in the book, in my opinion, for the show that we’ve created together. And just happens to be, in my opinion, the most human character in all the show and goes to the most real sort of sense of emotions.”

He continued: “And in Season 6, you get to see him try to figure out a few things. Whether or not he does, I don’t know that he does it in the way people want it to happen or people expect it to happen, but he’s the same through and through, even in his death.”

My name is Damyan Ivanov and i was born in 1998 in Varna, Bulgaria. Graduated high school in 2016 and since then i'm working on wordpress news websites.
Kevin Alejandro, Lucifer, Lucifer season 5b, Lucifer Season 6, News, TV Series