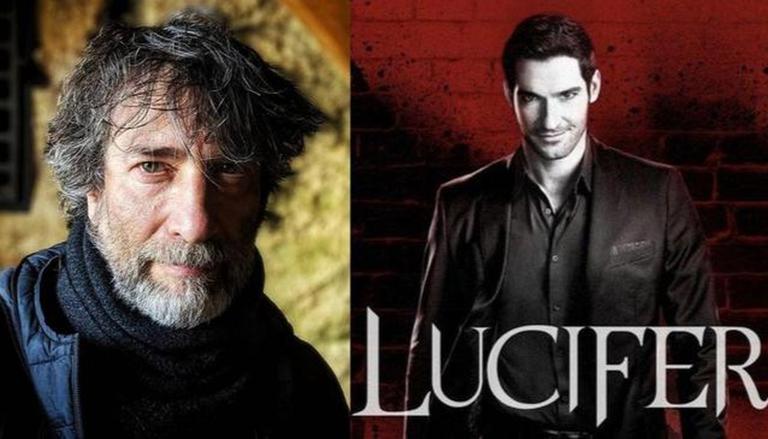 “Lucifer,” the crime procedural with a supernatural twist, is just one of many properties originally conceived by Neil Gaiman.

Well, arguably Lucifer Morningstar was already a public domain character when Gaiman got his mitts on him. But the sassy, daddy issues-filled Lucifer we know and love came from Gaiman’s “Sandman” comics. In Vol. 2, #4 of the groundbreaking Vertigo title, Dream of the Endless descends into Hell to reclaim his magic helmet. While there, he chats with Lucifer, who has grown weary of reigning over the damned. In Vol. 4, Lucifer abandons Hell to go have adventures on Earth, bringing along his faithful lieutenant Mazikeen. He eventually winds up running a bar called Lux in Los Angeles.

Aside from a few details –  like Lucifer being more complicated than evil per se, Lux, and Mazikeen — the Lucifer of Netflix’s “Lucifer” is very different than the one depicted in comics. Actor Tom Ellis looks completely different from his comics inspiration (David Bowie), and it’s highly unlikely that comics Lucifer would deign to spend his time solving murders for the LAPD. Considering how precious Gaiman has been with his IP, you might think he disliked all the changes made to his character. After all, “Sandman” spent decades in development hell in part because Gaiman wanted to make sure they got it right. So how does he really feel about “Lucifer?”

Speaking to DIY Mag, Tom Ellis was told that Gaiman compared his performance as the demon-turned-crime-solver to a “sexy, mad, bad Doctor Who.” High praise from a man who’s actually written episodes of the long-running British sci-fi staple. The comparison to “Doctor Who” makes sense, since the Doctor is another seemingly immortal being who solves problems way below his pay grade just because he’s bored.

In the same interview, Ellis said that Gaiman contacted him personally after watching the show and also agreed with the “Doctor Who” comparison. “When people talk about tone and all that sort of stuff I quite often say to people, ‘Think of the tone of Doctor Who,’ it’s fun, it’s mad,” he said. “You get taken to these sort of mad experiences and he’s your guide through it. I can see where the comparisons are drawn for sure.”

And just like “Doctor Who,” a big element of “Lucifer” fandom is shipping this ageless being with humans. The Mayfly-December romance angle was a huge motivator for the fandom in the “Doctor Who” revival, as was the Deckerstar (Chloe Decker and Lucifer Morningstar) ship in “Lucifer.” The last Fox season ended with Chloe Decker seeing Lucifer’s true devilish face, and that was one reason fans were so adamant that Netflix chose to give the show new life.

My name is Damyan Ivanov and i was born in 1998 in Varna, Bulgaria. Graduated high school in 2016 and since then i'm working on wordpress news websites.
Lucifer, Lucifer finale, Lucifer Morningstar, Lucifer Season 6, Neil Gaiman, News, Tom Ellis, TV Series