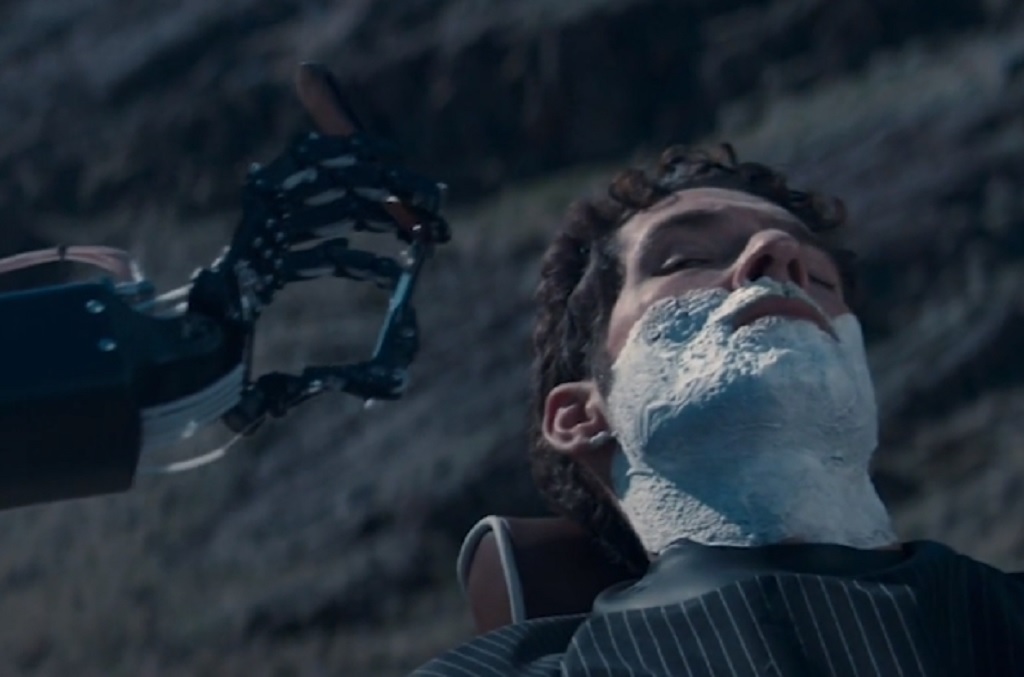 Lucifer actor Tom Ellis has been shaved by a robotic arm, controlled by a barber 250 miles away, in a new test of EE’s 5G network.

The demonstration sees a London-based barber use motion capture to remotely shave the actor – who is on Snowdon in Wales – with the barber’s movements tracked and sent over EE’s public 5G network to be mimicked by the robot shaver.

The test will be the subject of a new advertising campaign by the mobile network.

5G technology, which began rolling out in the UK in 2019, is capable of handling more data at once compared to previous generations of mobile communications, and as a result, is seen by experts as a pathway to the wider introduction of data-intensive innovations such as autonomous vehicles and remote surgery.

The TV advert created around the test will see Ellis appear alongside EE regular Kevin Bacon as an early example of the potential of remote robotics.

“It’s easy to take mobile connectivity for granted. Out of sight, out of mind – that is until it lets you down,” Lucifer star Ellis said.

“Getting shaved by a robotic barber is a pretty extreme way of showcasing the importance of a high-performing network, but I figured someone’s got to put their neck on the line.”

The robotic arm used for the test was developed by creative technology and visual effects agency The Mill.

A special glove laden with sensors was worn by the barber, and together with a number of motion capture and other trackers, enabled the shave to be simulated in a barbershop in Clapton, east London, while the robotic arm carried on the real shave on Snowdon.

Kelly Engstrom, brand and demand generation communications director at EE, said: “As the world begins to open up again, we want customers to feel inspired about what they can do when armed with the EE network.

“We shoot our campaigns live over our public network, to show what’s possible, no matter how extreme. No smoke and mirrors, this really happened.

“Go more places and do more of what you love, knowing that, like Tom, you can count on our high performing network in the moments that matter.”