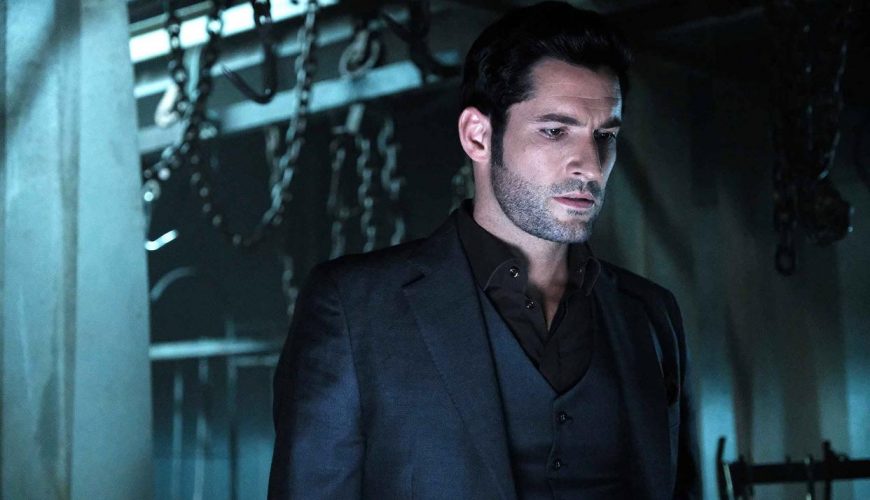 Born in Cardiff, Tom Ellis, 42, studied at the Royal Scottish Academy of Music and Drama (now the Royal Conservatoire of Scotland). He appeared in the sitcom Miranda from 2009 to 2015. Since 2016, he has played the lead in the Netflix series Lucifer, which returns for the sixth and final series on 10 September. He is married for the second time, has three daughters and lives in Los Angeles and London.

When were you happiest?

On a caravan site on a farm in the Brecon Beacons when I was a kid. I have three sisters and every year we met family friends with kids the same age. We would go to the river and make rope swings and build dens. It was very Enid Blyton.

What is your greatest fear?

What is your earliest memory?

Lying on the landing of our house in Swindon, with legs in the air, having my nappy changed and looking over at my twin sister, Lucy, who was next to me.

Which living person do you most admire, and why?

Barack Obama. On a daily basis he faced racism, and I admire him for trying to push through that to better his nation.

What is the trait you most deplore in yourself?

I am a terrible interrupter.

Aside from a property, what’s the most expensive thing you’ve bought?

Airline tickets. I spend a lot on flying because I’ve three kids in the UK.

What would your superpower be?

To drink as much beer as I can without putting on weight.

If you could bring something extinct back to life, what would you choose?

What is your favourite smell?

I’ve given up smoking now, but it’s still tobacco.

What is the worst thing anyone’s said to you?

“You are a disgrace of a man.” I’m not saying who.

Have you ever said ‘I love you’ and not meant it?

I actually said it to my wife Meaghan on our second date – it just slipped out. But it came to be.

Who would you invite to your dream dinner party?

Which words or phrases do you most overuse?

What is the worst job you’ve done?

When I was 17, I worked in a warehouse in Rotherham doing an audit of truck parts. I counted nuts and bolts all day long.

What has been your biggest disappointment?

Every job I don’t get.

When did you last cry, and why?

A couple of days ago, saying goodbye to my children.

How often do you have sex?

As often as I can.

What is the closest you’ve come to death?

Every time I let my wife drive.

What song would you like played at your funeral?

Another One Bites The Dust.

What is the most important lesson life has taught you?

Don’t let the bastards grind you down.

Where would you most like to be right now?

On that farm in Wales.