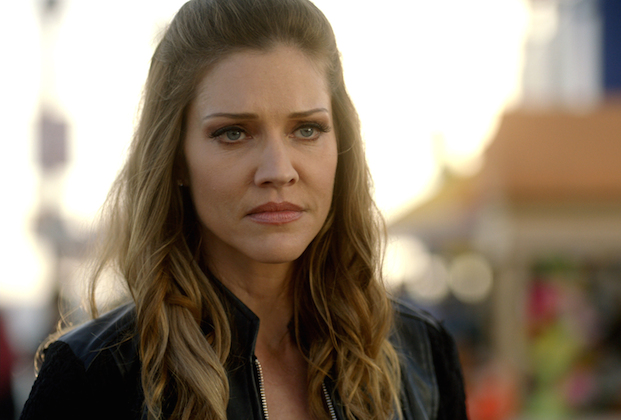 After a long road trip with her four cats, she arrived at her new home in the Georgia countryside, where she’s since been documenting her uber-idyllic existence. So, with the new digs and the fact that her shows Lucifer and Van Helsing recently wrapped up their final seasons, it’s no surprise the 47-year-old decided to sell her California property.

Helfer bought the contemporary quarters in 2017, shortly after she parted ways with her ex-husband, attorney Jonathan Marshall. She’s now asking for $2.65 million for the space — about $700,000 more than what she paid for it.

While the interior has been staged with neutral furnishings for the listing photos, the breezy, elegant aesthetic isn’t far off from how the former model decorated the place to complement the light wood floors, sleek marble countertops and bright white walls.

Other standout features include a luxe primary suite, a plunge pool and a massive roof deck, complete with Helfer’s custom touch: A catio where future feline residents can enjoy the outdoors just as much as her kitty crew did!

Scroll through to see the actress’ stunning abode.

The boxy house was built in 1959 but has undergone extensive renovations since then.

The combination dining and living room has a fireplace, perfect for cozy nights in.

Need some vino to go with that? A glass-fronted wine cellar is tucked under the staircase behind the dining table.

No coffin in sight! The Van Helsing beauty’s bedroom is flooded with natural light thanks to sliding glass doors that lead to the deck.

It’s easy to soak away stress in the spa-style master bathroom, which boasts a modern freestanding tub.

Human and feline tenants have ample space for lounging on the renovated deck.

Outside, there’s a grilling station, fire pit and a spa that spills over into the swimming pool.

My name is Damyan Ivanov and i was born in 1998 in Varna, Bulgaria. Graduated high school in 2016 and since then i'm working on wordpress news websites.
House, Lucifer, Tricia Helfer