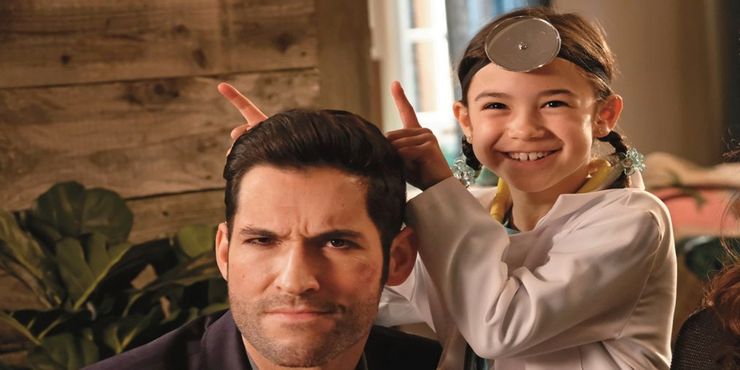 Netflix’s Lucifer has certainly endured. The show found itself saved twice from cancellation’s hellfire due to the overwhelming support of its fans.

It currently holds a well-earned spot as the most-streamed show of 2021, managing to outperform the likes of Squid Game, Bridgerton, and Cobra Kai, and pull in a whopping 18.3 billion streaming minutes across its 93 episode run. But, despite its accomplishments, Lucifer’s sixth and final season proves divisive; and while fans find themselves torn, one Trixie-centric fan theory works to soften the blow.

From a fledgling pair of wings for baby Charlie, to a happily married Mazikeen, to a Deckerstar bundle of joy, season six gave fans everything they were hoping for — though perhaps in a much different way than anticipated. At the start of the season, Chloe and Lucifer are finally together, and Lucifer seems to have a solid handle on many of the emotional issues keeping them apart up to this point. With Maze and Eve also having solidified their commitment, and Linda and Amenadiel happily co-parenting, the only plot thread left dangling is Dan’s underserved stay in Hell — and, of course, the fate of the world.

For reasons he can’t quite understand, Lucifer feels apprehensive about his place as the new God. Chloe is happy to support Lucifer but, can’t quite seem to avoid playing detective, even in retirement. Trixie, while seen grieving for her father and present at Maze and Eve’s wedding, spends the majority of the season off-screen at space camp.

After the arrival Lucifer and Chloe’s future daughter, Rory, the couple is informed that Lucifer will eventually vanish from their lives without a trace. While at first, Lucifer is desperate to deny — then prevent — his untimely departure, knowledge of a closed and permanent time loop forces him to accept it, prompting him to give a heartfelt goodbye to every member of the core cast, except Trixie.

Scheduling conflicts ultimately prevented 14-year-old actress, Scarlett Estevez, from returning to the extent that fans wanted. Many spent years imagining Trixie’s reaction to the truth, and Lucifer’s protective — yet fumbling — efforts to adjust to life as her stepfather.

Lucifer’s permanent return to Hell, aiding lost souls at Rory’s behest, meant that these moments would never come. It is only after Chloe’s death that she and Lucifer are reunited. Amenadial becomes the new God, splitting his time between Heaven and Earth. And, while Trixie unknowingly helps her father ascend to Heaven, as far as some fans are concerned, she never learned the truth.

Others, however, are convinced she knew the entire time. While viewers are never formally treated to a ‘big reveal,’ many feel that there’s solid evidence to support that Lucifer’s crafty little ‘urchin’ always assumed he was being honest with her. Backing for this theory appears as early as the show’s “Pilot” episode. When Lucifer shares his name with Trixie, she responds with an astonished, “Like the Devil?”

When Trixie shares her schoolyard woes, Lucifer mocks the child’s bully, promising a ‘special place in Hell’ for the tormentor, and glaring at her with glowing red eyes. Trixie, as we later learn, is very clever and quick-witted. Through she doesn’t see anything per say, the sounds of her bully’s screams had to have tipped her off to something.

A similar incident occurs during the season 2 episode, “Monster.” When Maze shoulders the responsibility of taking Trixie trick-or-treating — as the President of Mars, thank you very much — she reveals the demonic half of her face, playing it off as a costume. After her delighted reaction, and an extreme boost to Maze’s confidence, fans find it hard to believe Trixie really fell for such an obvious lie.

Though more proof is available, what fans point to most is Trixie’s artistic license. An adorable drawing featuring Lucifer’s infamous devil horns, and appearing several times throughout the series, seems to have fans convinced of Trixie’s celestial know-how; she also seems well-aware that Lucifer never lies. So, while some fans may not have gotten the reveal they were hoping for, others feel one was never needed.