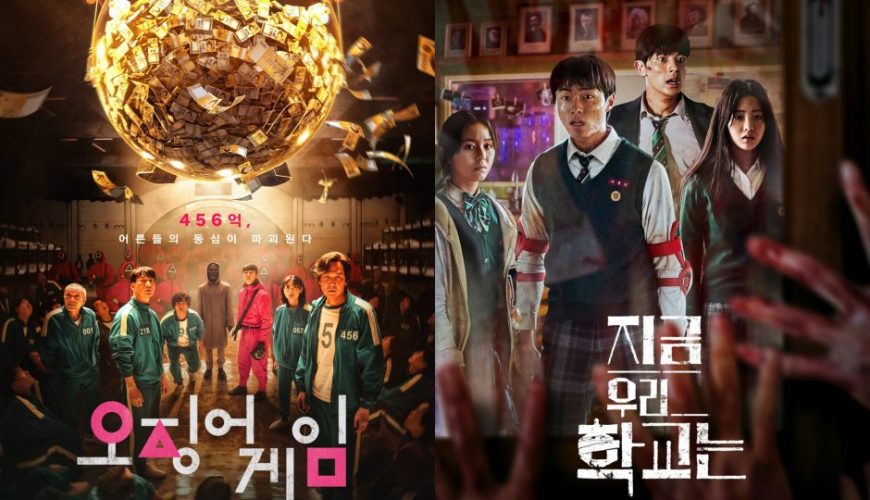 Netflix has found itself with another super-sized hit on its hand with a show that has made history, thanks to its popularity.

All of Us Are Dead is currently topping the Netflix charts and it marks the first time a non-English country has had two mega-sized , number one, TV hits on Netflix. It joins Squid Game in debuting at number one in the US, with both shows made in South Korea.

While Netflix has had plenty of non-English hits – including the French-language Lupin and Spanish heist drama Money Heist – this is the first time a country has managed the double.

All Of Us Are Dead stars Squid Game’s Lee Yoo-mi and is about a zombie breakout in a high school. While it doesn’t quite have the viral appeal of Squid Game – those memes are still doing the rounds – it is a compelling and gore-filled story.

All Of Us Are Dead is based on a popular webtoon (digital comic) called Now at Our School (Jigeum Woori Hakkyoneun) and is currently airing weekly in South Korea.

Netflix is tapping into an immense talent pool for its K-dramas. Another series currently available Hellbound was created by Yeon Sang-ho, who made the brilliant Train To Busan, while My Name is a fantastic gangster drama that is also well worth a watch.

There is also a TV show in the works that seems destined to make the internet explode and that is the South Korean remake of Money Heist, a trailer of which was recently revealed.

Given the popularity of the Spanish version of the show, it’s pretty certain that All Of Us Are Dead won’t be the last number one hit to come out of the country.

All Of Us Are Dead is streaming now on Netflix, with 12 hour-long episodes available.

My name is Damyan Ivanov and i was born in 1998 in Varna, Bulgaria. Graduated high school in 2016 and since then i'm working on wordpress news websites.
All of Us Are Dead, All of Us Are Dead Season 2, Netflix, News, Squid Game, squid game season 2, TV Series