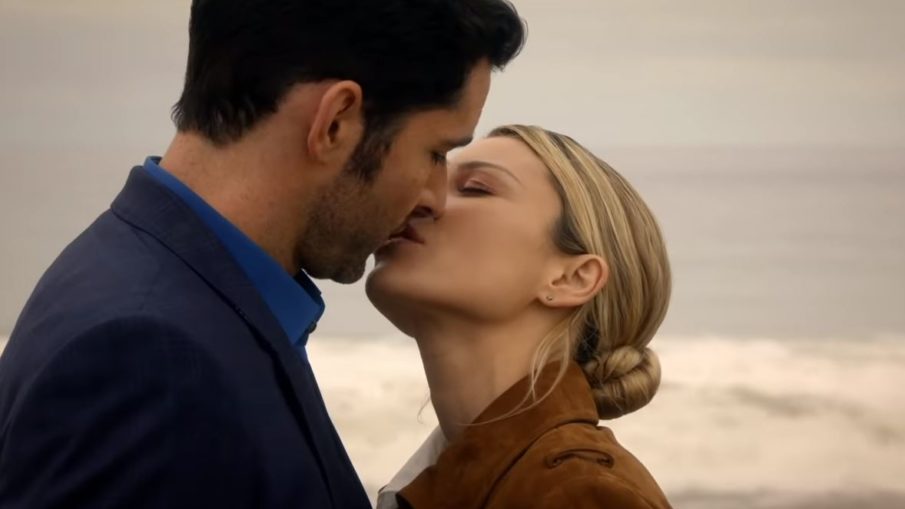 Are Lucifer and Chloe destined for forever?

If they are, there’s a lot of work to do when Netflix’s Lucifer returns next year. Fans will recall things weren’t left on the best of terms for Lucifer Morningstar and Detective Chloe Decker at the end of last season, when Chloe professed her love for the Lord of Hell — only for him to descend down to Hell to deal with a major demon uprising.

ET was recently on the Los Angeles set for the fifth and final season of the beloved series, where stars Tom Ellisand Lauren German, who play the devilish twosome, got candid about the couple’s romantic future and where their state of minds are at the start of the new season, which picks back up with a six-month time jump.

“Season five picks up… Chloe is heartbroken but she’s trying to almost play it cool more or less with Maze. They’re going out, drinking a lot, they are dancing. But also, Maze is helping her as a bounty hunter at the LAPD. Chloe has no idea where Lucifer is. She’s heartbroken but has no idea how to show it,” German told ET’s Katie Krause, revealing that the brokenhearted detective isn’t optimistic her true love will return from Hell anytime soon.

“She knows he left but doesn’t think he’s ever coming back. She’s not sure,” the actress said. “She’s trying to drink her sorrows away and do her job and pound the booze to forget with Maze — and that is where season five picks up.”

Ellis hinted that answers will come sooner rather than later about whether Lucifer makes his way back to Earth. (Our guess, based on nothing but our own hunch: The Devil makes a grand return from Hell. Duh!)

“You find out a lot of stuff in the first episode actually about what Lucifer’s intentions are, so I’ll leave it at that as a tease,” he coyly shared, with German echoing his sentiments, “Yeah, it doesn’t take too long I think.”

While Ellis tied the knot in real life to his longtime love, Meaghan Oppenheimer, earlier this year, the question had to be asked: Is Lucifer ready for marriage?

“The eternal bachelor? Well, if it’s the right person, like it has been in my actual life. But yeah, who knows?,” he said, leaving the door open to the possibility of a Lucifer-Chloe wedding. “Could the Devil get married? In the presence of God? We’ll see.”

“I don’t know if there’s a wedding but I wonder where the wedding would be if there was,” German asked.

If there were to be Deckerstar “I do’s,” Ellis and German had some ideas on what their big day might look like. For one thing, Ellis believes Chloe would go the traditional route and rock a “white gown,” while Lucifer would wear a classic 1940s-inspired tuxedo, similar to the one he dons in the black-and-white musical noir episode. As for the bridal song Chloe would hypothetically walk down the aisle to, Ellis suggested “Walking on Sunshine” by Katrina and the Waves (and even expressed interest in dusting off his pipes for the big moment, all hypothetical of course).

“Really?! That is so oddly… depressingly upbeat with the bouquet! Oh, that might make me cry — like, immediate divorce,” German adorably reacted, before offering her own take on their wedding day. “I would say black dress, tons of fire, like in Hell, and maybe a very heavy classical piece. Maybe Wagner or, you know, some awful acid metal, death metal!”

Though Lucifer and Chloe aren’t in the same realm when season five kicks off, there’s hope for the couple. Asked what Chloe’s reaction would be if Lucifer were to get down on one knee and propose, German was quick to answer.

And what about babies? “All of these things could happen. Lucifer did say to Amenadiel it’s really surprising that he hasn’t gotten someone pregnant,” Ellis noted. “If Father blesses it, then maybe.”

As the wait for Lucifer‘s final 16 episodes continues, Ellis shared that there will be “a happy ending” to Lucifer and Chloe’s love story.

“I think my favorite stories have always been stories that the message at the end is hope,” he said, “and so we’re pushing towards that on this.”

Lucifer returns for its fifth and final season on Netflix in 2020.