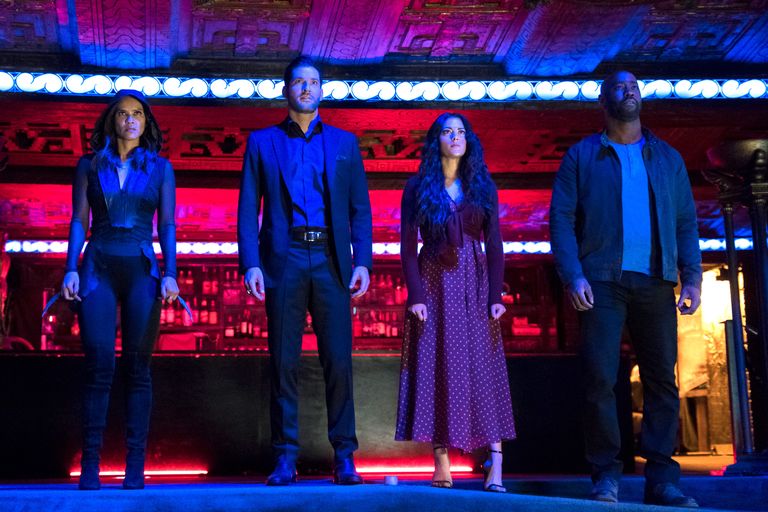 Lucifer’s 6 and final season is set to include an episode that addresses the Black Lives Matter movement, the show’s executive producers have confirmed.

The showrunners Ildy Modrovich and Joe Henderson shared during a conversation with ET that they are thinking the Netflix series’ last season and they feel it is important to tackle the real-world social issue in new stories – particularly as Lucifer Morningstar (Tom Ellis) works closely with the police and several major characters are police officers.

“When we got back to the (writers) room, we begun looking at the fact that we’re a police show and in what ways have we contributed or not addressed the systemic issues of the coop department,” this said Modrovich, who will be producing the episode that examines the issue.

“And we decided we wanted to speak to it. So we’re actually doing a story that speaks directly to it, and we’re super excited about it.”

Henderson said that the writing team felt it was important to “speak to the cultural reckoning we’re all going through”, with Modrovich adding that they want to “go at it through our characters’ eyes from an emotional place and not a preachy place”.

The story has been discussed at length in the series’ producers room by “a lot of voices” to ensure that the episode is respectful and says what it needs to say, with Modrovich saying that the whole team is “very passionate” about getting it right.

“We’re a pretty diverse room, so it’s taken a lot longer than most episodes to break because we have talked about everything. There have been many tears shed,” she said. “I can just say everybody’s very passionate about it, so I think that’s what we’re doing to get it right.”

Henderson added that the Lucifer cast have also been involved in the conversation as the work they are doing is “very important to all of them too”.

“You might have noticed that our cast has been tweeting about it quite a bit,” he said. “DB (Woodside, who plays Amenadiel) was one of the people in particular that we really engaged with it – Lesley-Ann (Brandt, who plays Mazikeen), with Tom (Ellis).

“Normally we pitch them their stories and a little bit of mythology, but this is a thing that almost all of them asked about, so we’ve listened to them and we’ve tried to make it as much of a conversation as possible and a listening exercise.”

The first half of Lucifer’s fifth season drops on Netflix tomorrow (August 21) and it’s already been teased that episode five will be one of the most emotional episodes of the show ever. We’re also getting a special noir episode, as well as a musical episode.