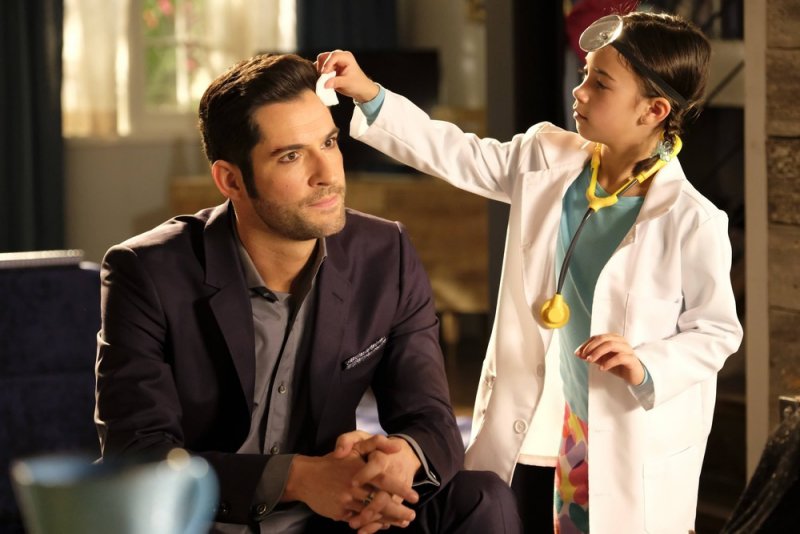 Team Lucifer is back filming season 5 and behind-the-scenes clips from the gang reveal that Trixie (Scarlett Estevez) is back causing trouble – and seriously, we feel super old.

Trixie, the loveable daughter of Chloe Decker (Lauren German) and Dan Espinoza (Kevin Alejandro) has managed to even win over demons with her no-nonsense character.

So we’re more than happy to see Trixie back in action for the fifth and final season, and judging by Aimee Garcia (who plays Ella Lopez) Instagram, she’s become a fashionista now as well.

Shooting for her Insta stories, Aimee shot Scarlett arriving at her trailer and beamed: ‘Got a little visit from this nugget! She’s finally here, it’s our first day together!’ before checking out her multi-coloured trainers (which we’re going to need by the way). 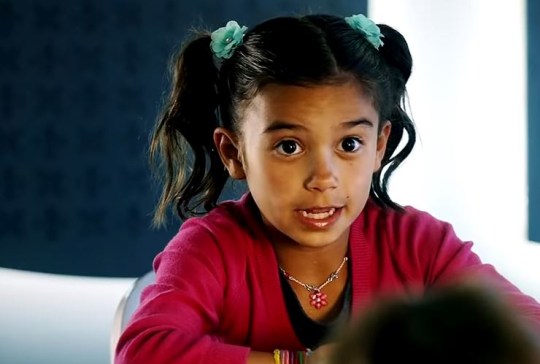 Scarlett was later seen playing around with Lucifer himself (Tom Ellis), dancing around the location lot and performing jazz hands.

Seriously, so many levels of adorable, we can’t handle it.

But seeing as Scarlett was only six years old when she first appeared on the show, the 11-year-old has clearly got more sassy with age, and it’s definitely making us feel our age a little bit. 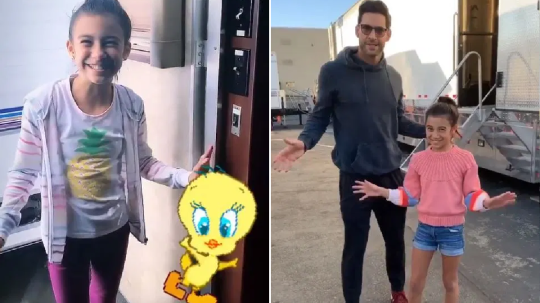 How has so much time passed from the epic season one already? Lucifer is currently in production for its fifth and final season, which was extended and split into two parts after fans demanded a season six.

The team behind the show have been keeping secrets of what’s to come close to their chest, but showrunner Ildy Modrovich and the writing team have dropped tidbits including some episode titles to keep us on our toes.

So far, we’ve got Really Sad Devil Guy, Lucifer! Lucifer! Lucifer!, and Diablo! As the first three episodes of the upcoming season, which we’re keeping all our fingers crossed will finally see Lucifer and his one true love Decker get together.

But first there’s that teeny little problem of Lucifer heading back to Hell to rule after the demons rebelled against him and rose to earth.

Rather than risk the lives of the ones he loved by remaining in Los Angeles, Lucifer chose to say goodbye – but we have a feeling that’s easier said than done.