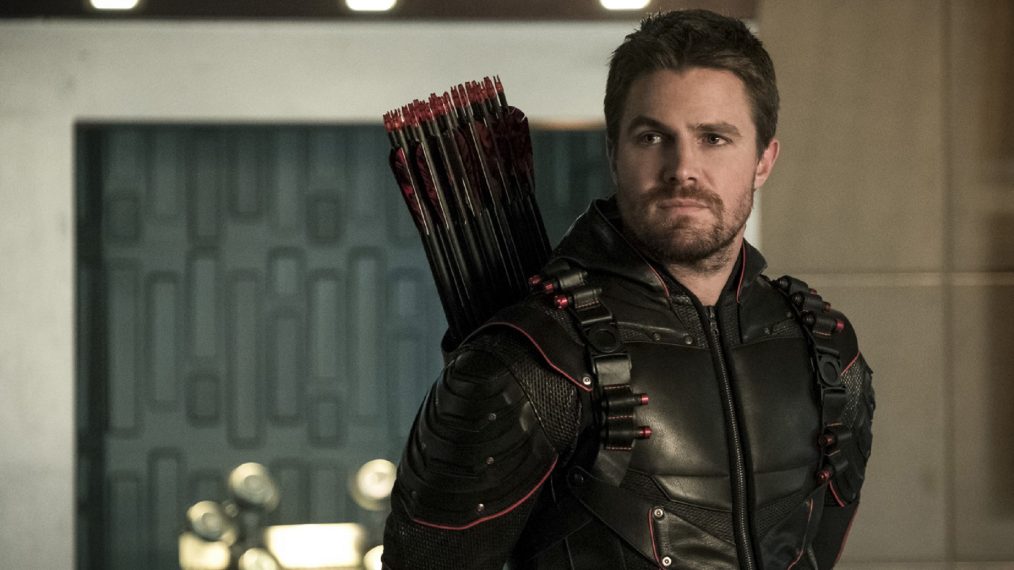 Stephen Amell surprised fans by revealing he knew about the ending of Arrow for much longer than we thought.

The actor said he decided to depart during a break in filming for Season 6, and while he suggested he would leave the show following Season 7, but Greg Berlanti convinced him to try a different strategy for his exit.

“I decided midway through Season 6 — basically over the Christmas break — that it was time to be done, and I broached that subject with [Arrowverse overlord] Greg [Berlanti],” he told TVLine. “He and and I talked for about a month before he formally notified [CW president] Mark [Pedowitz] and [WBTV president] Peter Roth, because he was like, ‘Think about this a lot, let’s talk about it, because once I kick it up the chain, once the ball starts rolling….’ So I thought about it then. I assumed that [the series] was going to end at the end of 7, but Greg’s smarter than me, and he had a really good idea about a limited run in Season 8.”

Season 6 would end on one of the show’s most iconic cliffhangers, with Oliver publicly unmasking and surrendering to authorities to gain federal assistance in stopping Ricardo Diaz. However, that season was one that fans felt was bogged down with a heavy focus on Oliver and Felicity’s relationship, as the two would be married midseason during the crossover story “Crisis on Earth-X.” Amell also confirmed that Rickards’ departure following Season 7 was not related to his own decision to leave, and simply a matter of her choosing not to renew her contract.

While he’s long been a champion for the Arrowverse family of TV shows, Amell has always seemed reluctant to sign himself up for the long haul. He previously hinted that the show’s future may be in the air, mentioning during interviews for Season 6 that his contract was up after seven years. At the time, though, he only alluded to the future of the series “becoming clear.” It looks like Amell was ready to hang up the hood, but was convinced to stick around for a proper send-off. Granted that send-off is looking pretty nasty if the set photo he posted from “Crisis on Infinite Earths” filming is any indication.