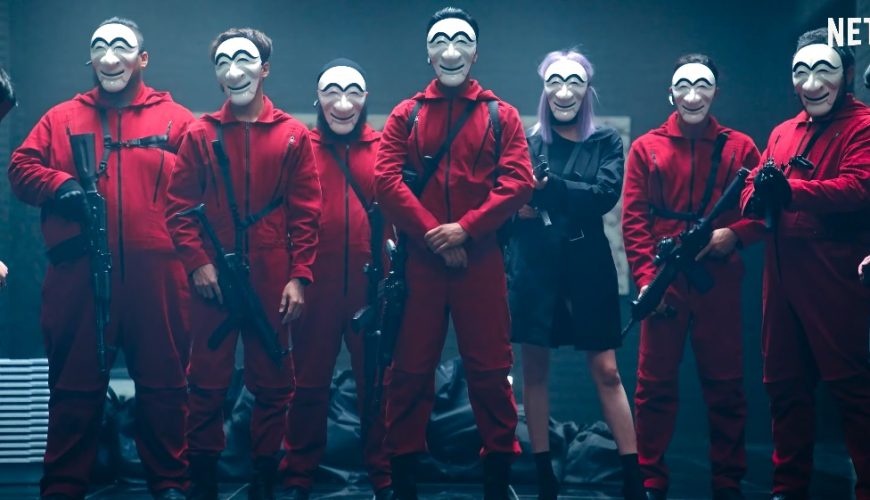 The Spanish heist series Money Heist came to an end in 2020, and for the fans of the show, it was the end of an era. But, there’s good news for those who have been missing the Professor and his gang. The Korean adaptation of the show is set to stream soon, and Netflix has now announced the release date of the much-anticipated series.

Titled Money Heist: Korea – Joint Economic Area, the show is set to premiere on June 24. In a short date announcement video, the audience gets to see masked robbers as they plan one of the biggest heists in their world.

Earlier this year, a teaser video was released where the entire cast of the show was revealed. Yoo Ji-tae is playing The Professor, which was originally portrayed by Álvaro Morte in the Spanish series. Park Hae Soo, who attained worldwide fame after his role in Squid Game, is all set to play Berlin, made famous by Pedro Alonso. During an earlier interview with The Swoon, he described Pedro’s version as more “chic and cold-blooded”. Park shared that Berlin “has a good reason for being cold and swaying into being a villain.” He promised that “fans will get to see a more human version of Berlin.”

Money Heist creator Alex Pina had earlier told Variety, “Korean creators have been developing their own language and audiovisual culture for years. They have managed, like our series, to go beyond cultural borders and become a point of reference for thousands of viewers around the world, especially among young people.”