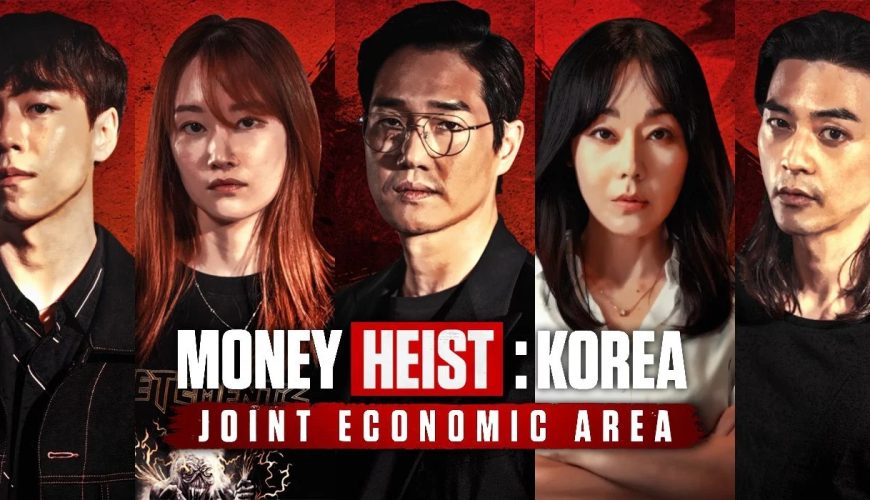 The anticipated remake of the popular Spanish show will make its debut on the streaming platform on Friday. The show stars Yoo Ji-tae as the Professor and Kim Yun-jin as investigating officer Woo Jin.

Other cast members include Park Hae-soo as Berlin, Jeon Jong-seo as Tokyo, Lee Won-jong as Moscow, Kim Ji-hun as Denver, Jang Yoon-ju as Nairobi, Lee Hyun-woo as Rio, Kim Ji-hoon as Helsinki and Lee Kyu-ho as Oslo. The series is directed by Kim Hong-sun.

While the remake also features a dynamic band of thieves with coded city names, who wear red jumpsuits with white face masks and are led by a mastermind, the similarities end there.

The show takes place in the same fictional universe as the original, with North and South Korea on the brink of reunification. However, a heist team has been working underground to steal the brand new unified currency straight from the Unified Korea Mint. With a top-class comrade of thieves, they attempt to rob four trillion won (about $3 billion).

South Korean dramas have often been successful for Netflix, with shows such as Squid Game and Hellbound striking a chord with audiences and enjoying record-breaking viewership.

Money Heist, also known as La casa de papel, is a Spanish series that ran for five seasons. The show revolved around two heists, at the Royal Mint of Spain and the Bank of Spain, and is narrated by Tokyo, played by Ursula Corbero. The show ended in December.

The show was originally produced by the private Spanish broadcaster Antena 3 and opened to mixed reviews in May 2017.

Following low ratings, it was cancelled after one season before Netflix came in and re-edited the first season to cut down the time per episode, making it ideal for binge-watching. It was the platform’s most-watched non-English series in 2018. The show ran for a full five seasons.

My name is Damyan Ivanov and i was born in 1998 in Varna, Bulgaria. Graduated high school in 2016 and since then i'm working on wordpress news websites.
La casa de papel, Money Heist, Money Heist: Korea – Joint Economic Area, TV serie