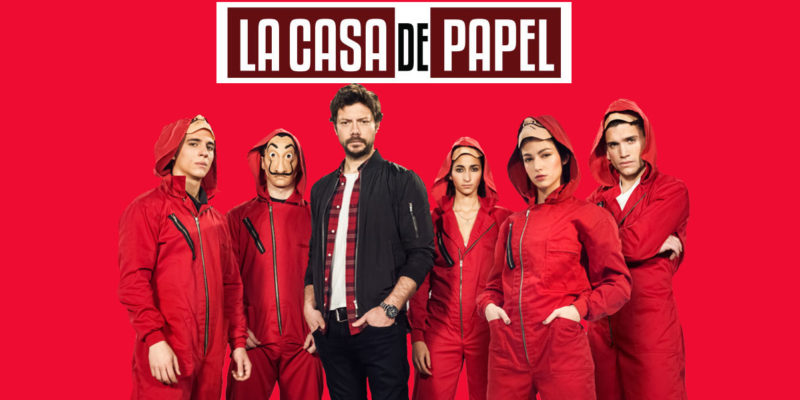 There are certain iconic and critically acclaimed shows that everyone has seen, with Game of Thrones and Breaking Bad being just two obvious examples. But there’s one incredible show that, for reasons that still astonish me, a lot of people in the US aren’t even aware of. And that show is Money Heist, or La Casa de Papel as it’s referred to in Spain.

According to Netflix, Money Heist is the most popular non-English language show in Netflix history. And for those who happened to see the first three seasons, the trailer for the forthcoming fourth season just dropped. If you recall, the ending to season 3 ended on quite a cliffhanger with The Professor on the run and the reveal that Raquel is in fact very much alive.

The trailer here begins with Nairobi on a stretcher and The Professor running — or should we say escaping — through a forest.

“Our mastermind was losing his mind,” Tokyo says as the narrator. “And so were we.”

Now that’s all well and good, but the big twist here — and you’d be hard-pressed to find a show that pulls off a twist better than Money Heist — is that Raquel is offered her freedom if she manages to cooperate with the police.

Suffice it to say, the trailer looks incredible and it stands to reason that season 4 will be as enthralling and suspenseful as the first three seasons.

If you haven’t yet seen Money Heist, you’d be well-advised to check it out. It essentially centers on a group of career criminals looking to pull off a bank heist of epic proportions. It’s wildly entertaining and one of the most binge-worthy series I’ve ever seen. And if you need any more convincing, the show basically won every award for a TV show that you can win in Spain.