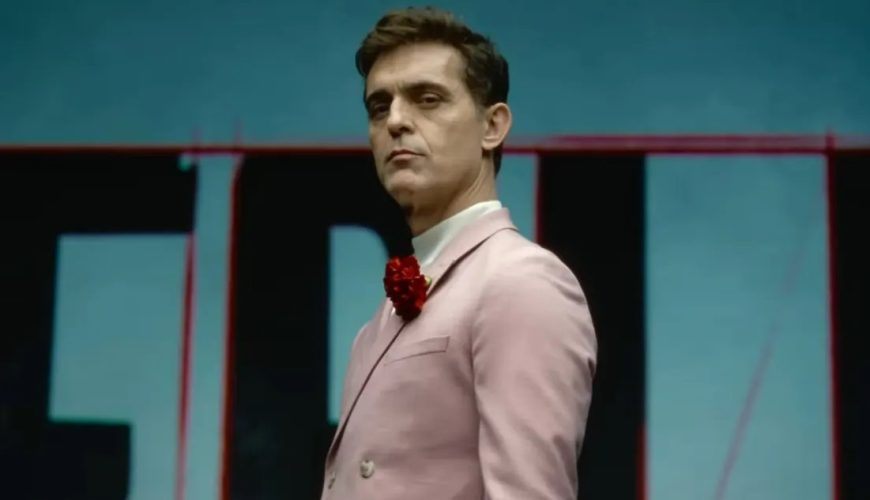 In Berlin, the spinoff of La Casa de Papel which recounts the most astonishing heists of the renowned figure portrayed by Pedro Alonso, had its filming debut and a new cast was announced by Netflix in Madrid.

At the press conference, the show’s creators, Esther Martínez Lobato and Álex Pina, said that Berin’s character has the most brilliant personality to position it in another dimension. They thought it was fantastic to introduce a new group to Berlin in such a distinct emotional state.

Berlin, the hedonistic and shrewd character, is played once more by Pedro Alonso. Alongside him, his new gang includes Julio Peña Fernández as Roi, Berlin’s devoted squire; Michelle Jenner as Keila, an expert in electronic engineering; Tristán Ulloa as Damián, a generous professor and Berlin’s confidant, Begoña Vargas as Cameron, a kamikaze who always lives on the edge; and Joel Sánchez as Bruce, the gang’s relentless action leader.

According to Pedro Alonso, who unveiled the opening line of the series screenplay during the press conference, there are only ten things that can transform a dreadful day into a good one. It starts with love. And in reality, that wasn’t the situation. My third wife left him just recently. Plunder worth more than ten million euros, is the second. However, that was also not the case. They intended to use the connection for a much larger crime; today’s heist was simple. However, if one is having a poor day, they can find themselves tripping down a miserable person and shooting for their head.

The series started filming on October 3 in Paris, and it will take place between Madrid and Paris over the course of several weeks.