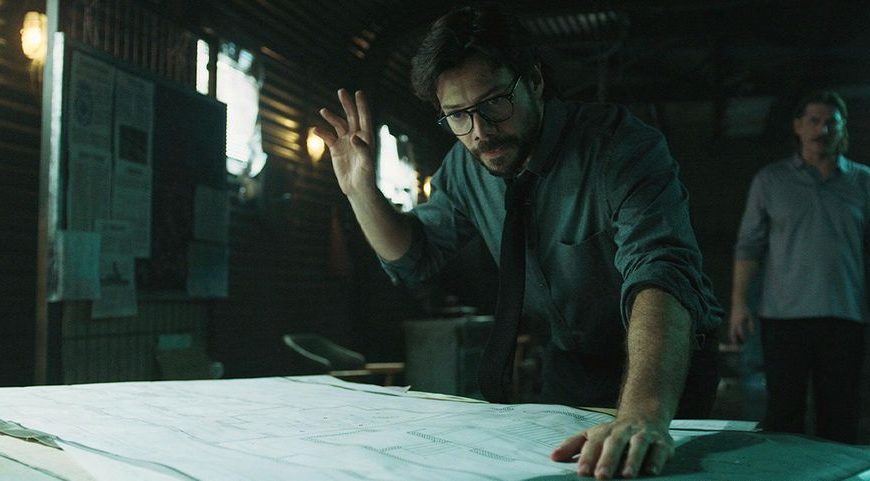 The Professor in Money Heist has more to his personality than what we’ve seen in the Spanish crime drama so far. He assembles a group of criminals, trains them to carry out the two biggest heists and even keeps Plan B ready everytime things go awry. In short, we won’t mind a prequel or a spin-off to know what transpired Sergio Marquina to turn into The Professor.

The makers of the Netflix show agree, but with a condition. According to Money Heist director and Executive Producer Jesus Colmenar, the backstory and what could happen with The Professor is contained in the show itself. One just needs to watch it closely to take note.

During an exclusive virtual set visit and meet, which indianexpress.com attended recently, Jesus spoke on why it’s uncertain that he would dig deeper into The Professor’s life and background, away from the main timeline of Money Heist.

“Would I do a spin-off of The Professor? Maybe, but it’s already in Money Heist. I mean: his story, his reasons, his why… is already going to be told in Money Heist. Spin-offs (work) of a very secondary character who attracts a lot of attention work, and you can create a new series based on their story,” he said.

Sergio Marquina aka The Professor is the leader of the gang of robbers. Though he doesn’t enter the Royal Mint or the Bank of Spain, he monitors every action of his team, while keeping the police and investigation at bay outside. While all the characters are endearing in the web series, The Professor phenomenon has been overwhelmingly brutal to an extent that even the way he twitches his glasses found takers.

Showrunner Alex Pina reiterated Jesus’ words. During the same exclusive meet, he added, “When you make a spin-off, it has to be about a totally different universe, and you have to put the focus elsewhere. On the one hand, you could make a spin-off of every character in Money Heist because they all have enough for a series, but at the same time I think that Money Heist already tells their stories.”

Money Heist boasts of an ensemble cast, with individual character graphs and emotional journeys. Tokyo might have introduced all her fellow gang members with the crimes they did in the first episode of season one and why The Professor picked them, only eventually we get to know that they are far beyond just being robbers.

Jesus opined that every character in Money Heist has a story to tell and is a hero in their own world. “You could make a spin-off about any of them because I think what’s great about Money Heist is that it has characters who have many layers and many stories. But we would have to create a new universe. So, the answer is yes, but it depends,” the director said.

The Professor is one of the main leads of Money Heist. Portrayed by Spanish actor Alvaro Morte, he is a nerd, socially awkward and underconfident. Despite being a sophisticated man, he is unable to strike a conversation outside his mastermind duties.

So, when he speaks to the head of investigation, Raquel Murillo, he ensures she gets carried away. But when he meets her outside his parameters, he feels a loss of words. Similarly, he prefers to change the topic everytime Nairobi teases him of being a desirable man to her.

Now that cop Alicia Sierra has nabbed The Professor at his hideout at the end of season four, we await to watch how the plot progresses and whether the gang will be able to fight the war within the bank without the logistical and moral support of their main man.