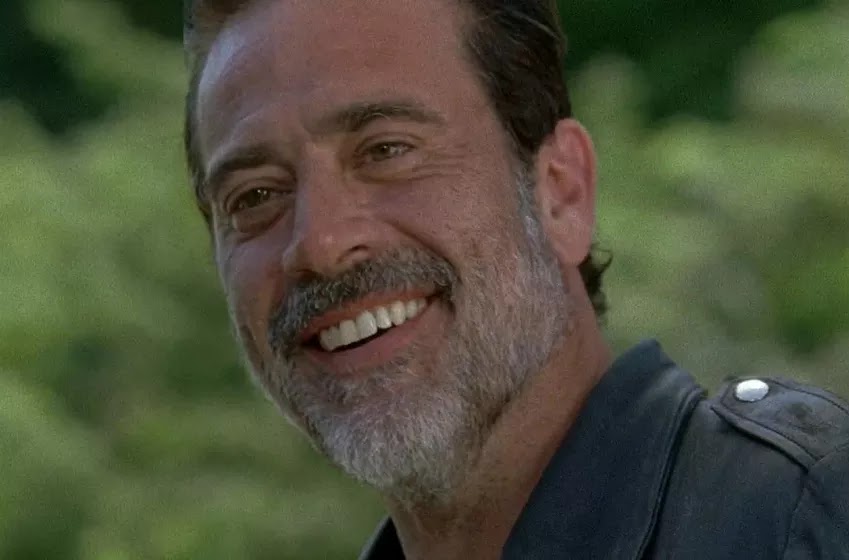 The Walking Dead’s sprawling cast sometimes makes it challenging to keep track of every single character. This leads to a lot of “Oh yeah, that’s what’s his name,” while watching the show. So in the fifth episode of the tenth season, when Negan, who just escaped from Alexandria, is approached by a young adult male in the woods, you may not immediately be able to put your finger on who he is.

It turns out that this is Brandon. He’s a resident of Alexandria and appeared in the previous two episodes as a prison guard of sorts. And since the only prisoner in Alexandria was Negan, Brandon spent a lot of time watching him to ensure he did his assigned work and didn’t escape. Which is probably why Negan looks less than thrilled to see him now.

While Negan remains wary,  it quickly becomes clear that, despite the possibly years Brandon spent guarding him, he’s actually a huge fan. But not of Alexandria-prisoner Negan. Brandon idolizes brutal Savior leader Negan, who seems to have taken on legendary status in his mind.

Soon, he’s attempting to do the Saviors’ whistle and presenting Negan with his old leather jacket and a new barbed-wire wrapped bat. It seems that Brandon’s parents used to be Saviors until Rick Grimes killed them and took Brandon to Alexandria. Brandon excitedly talks about the horrible things he’d heard Negan had done, including shooting Carl. Negan doesn’t enjoy the walk down memory lane, though, and especially takes exception to the idea that he hurt Carl — he’d never kill a kid. Brandon tries to smooth things over by pledging his loyalty Savior-style: he declares he’s also Negan.

Brandon then attempts to capture the old Savior magic by rating a passing walker on hotness. He thinks this is what the Saviors used to do to pass the time. Negan is confused but goes with it.

Suddenly, they hear screams in the distance. A woman and her son are being attacked by a group of walkers on a bus. Negan jumps in to help. Brandon’s just thrilled to see Negan in action.

After the walkers are taken care of, Negan and Brandon listen to the woman’s story. Brandon’s sympathetic but as soon as the pair leave the bus, he asks Negan if they should follow them to their weapons stash. Negan is amazed. He doesn’t believe they have some hidden stash, but he does believe people are a resource. However, Brandon denies that these particular people could be a resource.

He moves to go after them to kill them, but Negan stops him. He tries to get Brandon to leave politely but Brandon doesn’t want to go. So Negan harshly dismisses him and Brandon leaves in disappointment.

Negan promises the mother that he can lead her to Alexandria. As she packs, he spends some time bonding with her son. As usual, Negan has a way with kids.

He leaves to find firewood to make dinner, and as he returns, he hears the Savior whistle. It’s Brandon. He didn’t leave after all. Negan finds him standing over the bodies of the mother and son. Negan’s stunned. But Brandon informs him that he realized that Negan was just testing him when he sent him away. He thinks Negan wanted to be sure that Brandon has what it takes to rebuild the Saviors with him. Now Brandon thinks he’s proven his worth.

Of course, that wasn’t what Negan was trying to do at all. He grabs a rock and angrily walks towards Brandon. As Brandon celebrates his supposed triumph, Negan hits him in the head. He bashes Brandon repeatedly until Brandon is no more. Then Negan grabs his old Savior jacket and the barbed wire-wrapped bat and stalks off.

Later, in the dark, Negan walks through the woods yelling for the walkers to come and get him. He’s got some of his old swagger as he calls them out. They finally oblige and he hits walker after walker with his bat — until he’s grabbed from the back and thrown to the ground. As he looks up, the Whisperers surround him. As the episode ends he tells them, “Let’s do this.”