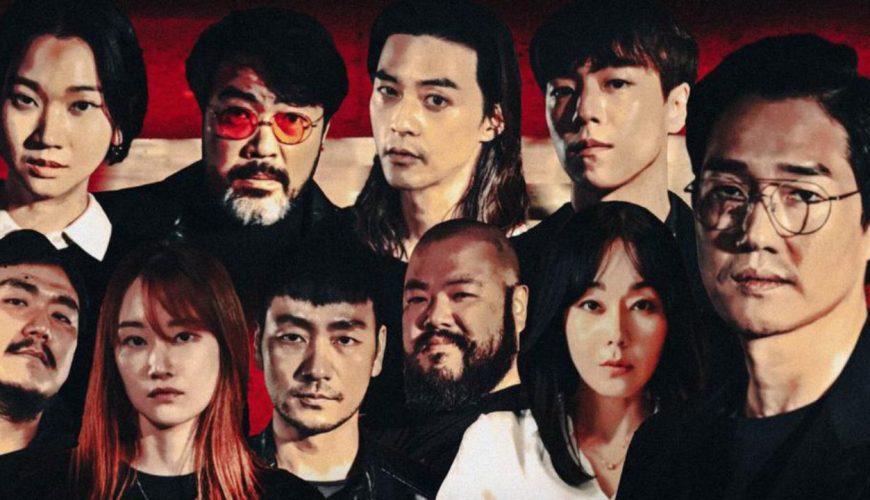 In the new release of first look images from the streamer, fans can catch a glimpse of what to expect from the gang of robbers who appear in a series of Hahoe masks as. According to the Netflix synopsis, the “thieves overtake the mint of a unified Korea. With hostages trapped inside, the police must stop them — as well as the shadowy mastermind behind it all.” The stills give fans an inside look at the different members of the group who all have various personalities and abilities. Dressed in the classic red jumpsuit and mask, the crew of thieves are shown standing and working together on a unified mission. 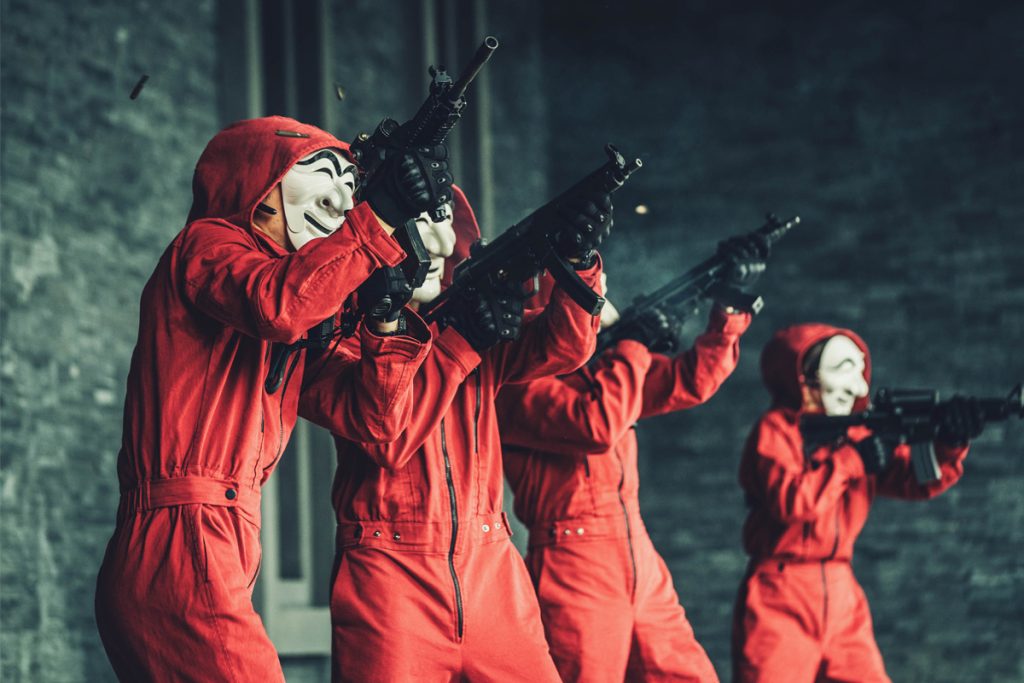 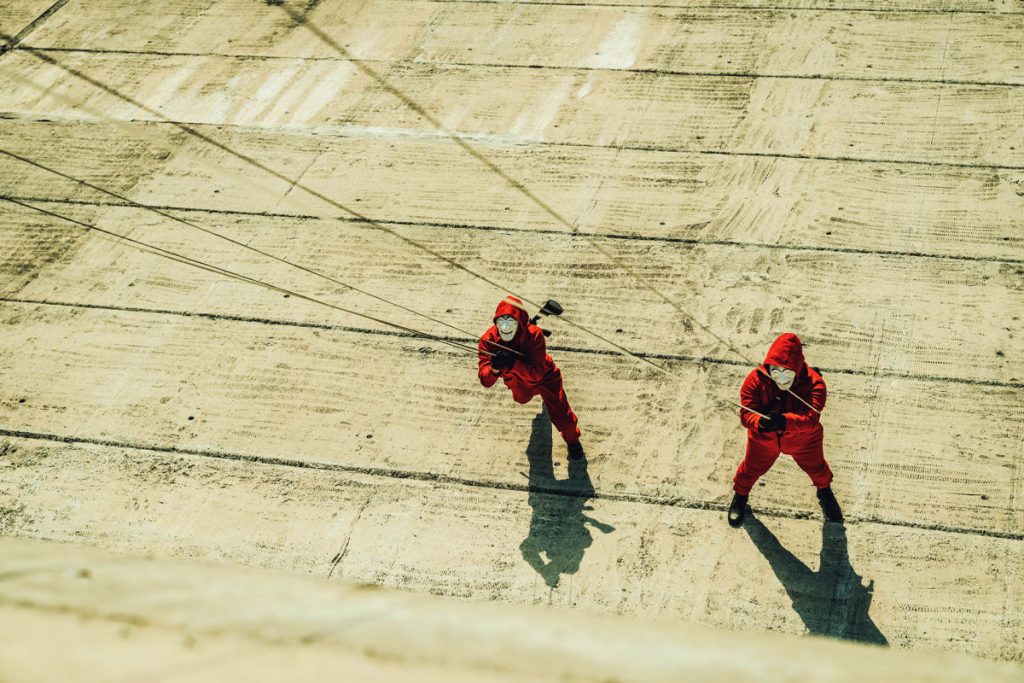 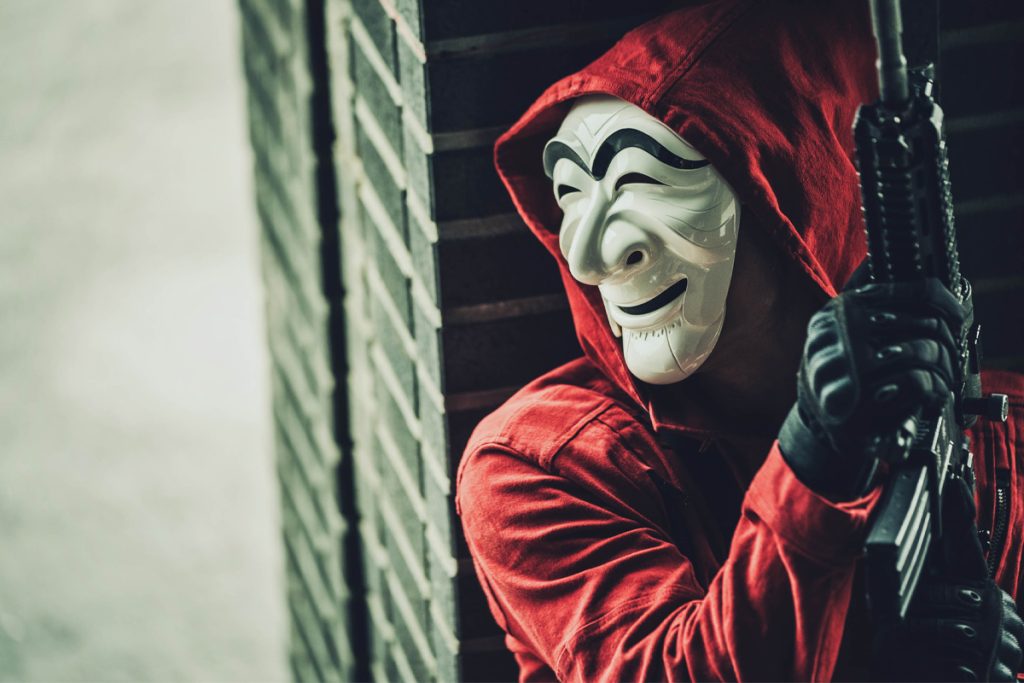 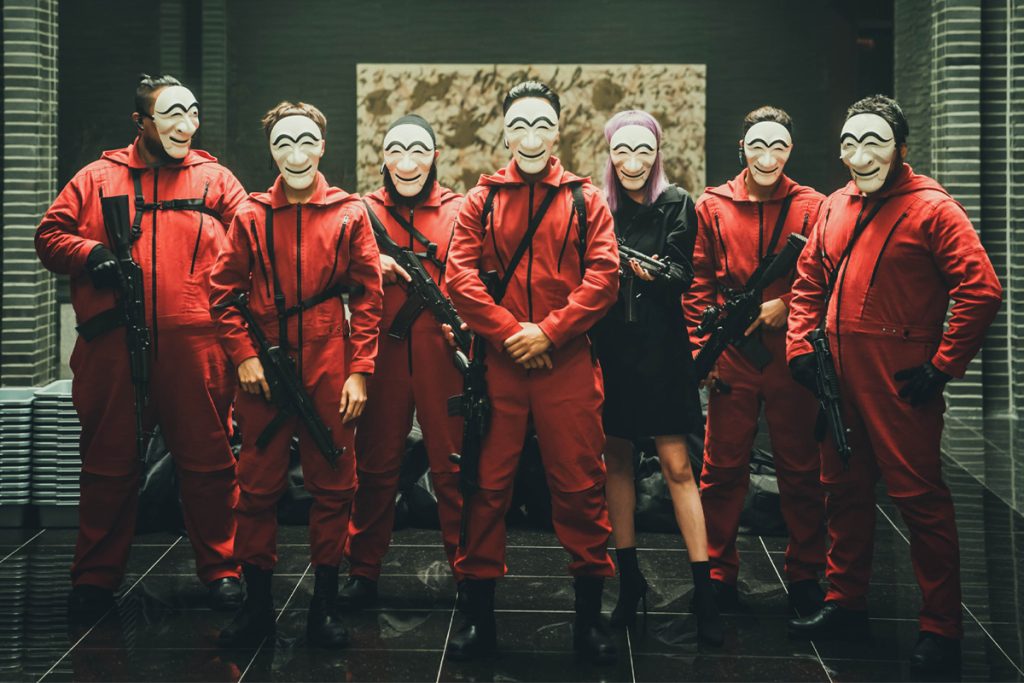